After a harsh winter full of precipitation, New York City and the Northeast are about to get clobbered agains — this time by Winter Storm Pax. The city is already bracing for the storm and the salt trucks are already on the road.

Here is what you need to know about this winter nightmare:

1. New York City is Expecting Up to a Foot of Snow

More than 83 MILLION under Watches/Warnings/Advisories from Winter Storm #Pax pic.twitter.com/q5O777GiKy

With predictions of snow accumulations changing every couple of hours, the most recent estimates are expecting 5 to 12 inches for the New York City metro area and the mid-Atlantic.

2. It Will Snow From Midnight to Noon

Snow is expected to begin in New York at around midnight Wednesday, continuing into Thursday and snarling rush-hour traffic. The snow will continue until around noon Thursday and will most likely turn into a wintery mix or rain.

3. New England Will Get Around 18 Inches

Winter Storm #Pax is headed for NY, are you ready? pic.twitter.com/JbiPvsuqRR

New England is predicted to get the worst of Pax as the storm picks up momentum over the East Coast. Western Massachusetts and Northern Connecticut are expected to get up to 18 inches of snow in the next 24 hours.

4. Georgia & South Carolina Are in a State of Emergency

On Monday, President Obama declared a state of emergency in Georgia as a precaution for the incoming Pax. The storm covered the South with 1/2 inch of ice and created cripplingly low temperatures. Wednesday evening, a state of emergency was also declared in South Carolina, where commuters were forced to abandon their cars after ice and accidents made the roads impassable. 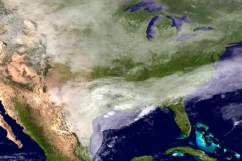 Winter storms Hercules and Janus both left around 7 to 9 inches of snow on New York City. 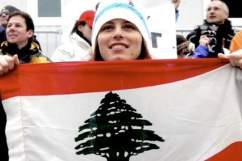