Polina Edmunds, 15, is the teenage Team USA skating prodigy who shocked the world after her performance in the women’s figure skating in Sochi, reports Yahoo. In what was her Olympic debut, Edmunds attained a score of 61.04. In the long program, Edmunds fell on a triple flip but she’s still guaranteed to finish in the top 10 at the Sochi Games.

1. Edmunds’ Mother Was Born in Russia

She’s a native of Santa Clara, California. Her mother, Nina, is one of her coaches and was born in Russia, making her daughter’s appearance in Sochi all the more pertinent.

2. She’s a Sophomore in a Private Catholic High School

Edmunds is a high school student at Archbishop Mitty High School, a private Catholic school in San Jose, California. She’s been a jazz and ballet dance enthusiast since she was 8 years old, according to the San Jose Mercury News.

3. Edmunds’ Coach Is Among the Biggest Names in Figure Skating

In addition to her mother’s coaching, Edmunds is also coached by Frank Carroll, who coaches Gracie Gold. Carroll has previously been named Olympic Coach of the Year and is in the World Figure Skating Hall of Fame.

4. She Placed Behind Gracie Gold at the U.S. Championships

Edmunds earned her place at the Sochi Games by placing second (behind Gracie Gold) at the 2014 U.S. Championships in Boston in January. After the Olympics, Edmunds will go on to represent the U.S. at the World Championships.

5. Edmunds Has Been Skating Since She Was 20 Months Old

She says she’s been skating since she was a toddler, taking her first steps on the ice at Sharks Ice rink in San Jose.

Edmunds competed nationally at the junior level in the U.S. Championships in 2011, where she placed seventh. 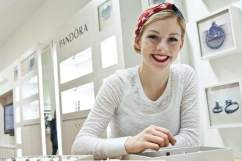 Loading more stories
wpDiscuz
0
0
Would love your thoughts, please comment.x
()
x
| Reply
Polina Edmunds is Team USA's 15-year-old skating prodigy. She wowed the crowd in Sochi with her twizzle move and ranked first after her skate in the short program.