Nassau County police have released an update saying Jasmine Joseph has been found, but have not confirmed whether or not she is alive.

Police in Syosset, Long Island, have confirmed that the missing 22-year-old former nursing student, Jasmine Joseph, has been found dead. Her body was located in the early hours of March 11 just a mile from where she was last seen, reports The Syosset-Jericho Tribune.

1. Her Body Was Found Inside Her Car

At around 1 a.m. on March 11, cops located her Nissan Altima car in Syosset Plaza, Long Island. It was initially reported that a female body was found in the car. That body turned out to be that of Jasmine Joseph.

2. It’s Being Treated as a Suicide

Jasmine Joseph left her Syosset home on Monday, and did not return. She is a nursing student at NYIT in Westbury. pic.twitter.com/CniLEnGFNG

According to a police press conference, Joseph died as a result of a suicide. The exact cause was through inhaling a “noxious substance.”

3. A Massive Search Had Been Undertaken By Her Friends and Family

The search for Joseph from her friends and family has been relentless. (Facebook)

Joseph has been missing since February 24. She had been lying about going to school. According to Joseph’s parents, their daughter had told them that she was attending nursing classes at the New York Institute of Technology. The school have since come forward to say that that Joseph had not been attending classes since May 2013. Her father has also said that he gave his daughter his credit card to pay for classes, which he thought she did, and he was able to produce a statement proving he’d paid for classes over the last semester.

Joseph’s cousin, Tessa James, told The Daily News, “We were in complete shock. She never showed a sign that she wasn’t going to school. That’s why this is such a mystery. Her dad is one of the stricter ones in the damily. But definitely not enough for this to happen.”

According to Pix 11, Joseph’s father has a $6,072 charge on his American Express card for the fall semester.

4. She Was Last Seen at the Gym

According to the “Find Jasmine Joseph” Facebook page, she was last scne at Lifetime Fitness on Robbins Lane, in Syosset, New York. She was reported to have been wearing a green sweater with black jeans and black and white sneakers.

5. How Did it Take So Long For Cops to Find Her?

She was found is just one mile west of where she was last seen, at Life Fitness in Robbins Lane, Syosset. According to reports, she was found laid down on the floor of the back sea, which hid her from sight.

Joseph was graduate of Syosset High School. Her family have been active in the community there in Long Island since 1997. 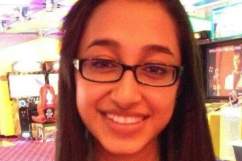