Early Saturday morning, Malaysian Airlines lost communication with Boeing 777 carrying hundreds of people from Kuala Lumpur to Beijing. Now, the plane is still missing as multiple countries, and the airline, try to locate the missing crew and its passengers.

Here is what you need to know about this developing mystery:

1. Towers Lost Communication With the Plane

At around 2:40 a.m., airline towers lost communication with the plane as it flew over the South China Sea from Kuala Lumpur to Beijing. It was due to arrive in Beijing at around 6:40 a.m.

According to the passenger manifest released by the airline, which you can see above, 239 people are onboard the missing plane. Of the 239, 227 were passengers and 12 were crew. Among the people on board are 3 Americans, 154 citizens on China or Taiwan, 38 Malaysians, 6 Australians, 5 Indians, 4 French, and 2 Canadians, Ukrainians and New Zealanders respectively.

Two passengers on the plane, Pouria Nour Mahammed Mehrdad, 19, and Delavar Seyed Mohammed Reza, 29, are both Iranian citizens who boarded the plane using fake European passports. Authorities say it is very unlikely the two were connected to terrorist organizations. Mehrdad’s mother was waiting for him at the airport in Frankfurt, Germany. 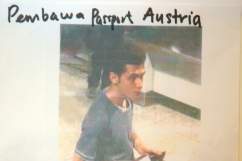 3. An International Search Rescue is Underway

According to the New York Times, Vietnam, Malaysia, China, Singapore, and the Philippines have staged a joint search and rescue mission to find the missing plane.

4. What Happened to the Plane is a Mystery

When it was last in contact with the tower, the plane was stable and traveling at 35,000 feet. Along with attempting to locate the plane, the airline is also trying to determine what happened to it. Although, a new report from the BBC shows that the plane turned west, off its set course, before disappearing. 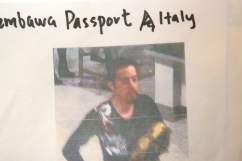 5. Some Believe an Oil Spot in the Ocean is Proof it Crashed

The New York Times reports that a Vietnamese navy plane has discovered an oil slick in the middle of the ocean. The slick is around 20km long and many believe it is indication that the plane may have crashed there.

Loading more stories
wpDiscuz
0
0
Would love your thoughts, please comment.x
()
x
| Reply
A Malaysian airlines flight and its 239 passengers has gone missing as it flew from Kuala Lumpur to Beijing. Could an oil slick be the key to finding them?