Daniel Coursey is Mercer College’s 6-10 forward who played a starring role in his team’s thrilling game against the heavily favored Duke. Mercer is a small school in Macon, Georgia with just over 8,000 students. The school were huge underdogs to defeat Duke.

Here’s what you need to know about Mercer’s giant in the paint:

1. Coursey is a Georgia Boy

Just wanna thank @MercerSGA for the basketball tank tops you guys are awesome!! Thanks for the support!!

He’s a Georgia-native hailing from Savannah. At Mercer, he’s the all-time record holder for blocks at the school. A preview for the Duke game referred to him as “presence inside,” warning Duke to watch out for his rebounding skills. The 6-10 man joined the school in 2010 but spent a total of 2.3 minutes on the court during his first season.

2. He Was an Honor Student in Military School

Coursey played his high-school ball at Benedictine Military School. He graduated from the school in 2010. During his time in high school, Coursey was an honor student every year and was on the national honor roll.

3. Coursey Wants to be a Doctor

He’s a biology major at Mercer. Eventually he would like become a doctor, according to his official profile. 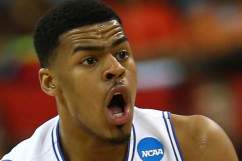 4. He Was Courted by the Military & Harvard

Coursey considered a career in the military prior to deciding on Mercer. He was also recruited by Harvard but chose to stay close to home. His older brother and sister, Stephen and Anna, who are twins, also attend Mercer. Anna is a star on the school’s volleyball team.

5. Coursey Looks Up To Dwight Howard

His favorite athlete is the Houston Rockets Dwight Howard. 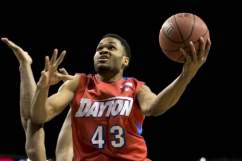