In a written testimony submitted to the European parliament, NSA whistleblower Edward Snowden told European lawmakers to confront their allies about surveillance. Documents released by Snowden revealed surveillance programs that collect and store data from around the world. These programs are controlled by the “five-eyes” spying partners of the US, UK, Australia, New Zealand, and Canada.

This testimony comes simultaneously as the EU puts increased pressure on the United States to ensure the privacy of their citizens, a serious concern after documents revealed the NSA spied on German Chancellor Angela Merkel’s private cell phone. 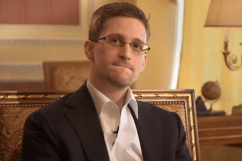 Edward Snowden Will Speak at SXSW