This morning a news helicopter crash taking off from a helicopter pad crashed and exploded after hitting parked cars. The news station, KOMO, has confirmed that at least 2 are dead, and a one person has been sent to a nearby hospital.

One person has been taken to the hospital; 2 confirmed dead in helicopter crash outside Fisher Plaza. 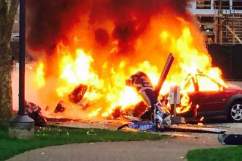 Helicopter Crash at the Seattle Space Needle: 5 Fast Facts You Need to Know 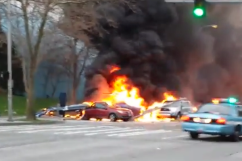 Read More
Breaking News, Raw Videos, Seattle
In Seattle, Washington, right near the Space Needle, a KOMO news helicopter crashed and at least two are dead. You can see the videos here.