As an international coalition of nations continues their search for the missing Malaysia Flight 370, authorities are ramping up the attention being paid to the plane’s two pilots. The plane’s main pilot was 53-year-old captain Zaharie Ahmad Shah, who lives in a posh gated community outside Malaysia’s capital, Kuala Lumpur.

Update: an international investigation began on March 21 over a phone call allegedly made by Captain Shah in the cockpit only minutes before flight 370 took off from Kuala Lumpur.

Here is what you need to know about this disappeared pilot and the suspicion surrounding him:

1. His Family Moved Out the Day Before

Relatives of passengers aboard flight 370 cry at the Beijing airport. (Getty)

New information stemming from police interviews with both pilots’ families reveals that Zaharie Ahmad Shah’s wife and three grown children moved out of the house on the day before the plane’s disappearance.

2. He Was a Supporter of the Political Opposition

Reuters reports that Zaharie had a number of political posts on his Facebook page, which has since been taken down.

He was also a supporter of opposition leader Anwar Ibrahim, who was sentenced to prison for five years for sodomy one day before Flight 370 disappeared.

3. Some Suspect It Was a Suicide or Protest

Due to the events of the days before the flight’s disappearance, some believe the behavior of the plane may be indicative of a suicide attempt or an act of political protest.

People who knew the captain were upset at this speculation. A fellow pilot and friend told Reuters, “Please, let them find the aircraft first. Zaharie is not suicidal, not a political fanatic as some foreign media are saying. Is it wrong for anyone to have an opinion about politics?”

On Saturday, Malaysian authorities searched the homes of the captain and his 27-year-old co-pilot, Fariq Abdul Hamid. They removed shopping-bag-sized bags from Hamid’s house and a flight simulator from Shah’s house. Authorities have been unable to find anything incriminating or illuminating about the flight simulator.

5. The Investigation Has Moved to the Pilot & Crew

Authorities are now digging into political and religious affiliations of anyone with contact with the flight, including crew, pilots, and the ground crew. Due to the level of specificity and skill required to disable communication and location devices, it’s likely that an insider was involved. 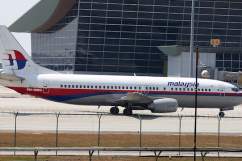