San Francisco is the venue for an expensive scavenger hunt, and no one knows who’s behind it. An anonymous rich person, who identifies himself only as @HiddenCash and as a member of the “1 percent,” has been hiding envelopes with hundreds of dollars in them around San Francisco — and tweeting cryptic clues as to their locations.

Very little is known about Hidden Cash, but here is what we know so far:

New drop: This is the view from behind the blue railing. Also look for something white and folded. pic.twitter.com/k7ALKx5enc

Leaving envelopes around the city of San Francisco, the anonymous benefactor gave away $4,000 in $20 and $100 bills between Thursday, May 22, and Sunday, May 25. In an anonymous email interview with SF Gate, the man said he had no intention of slowing down.

Although very little is known about the mystery man, this much has been revealed in his email interview: He’s a man between the ages of 35 and 45, and he’s doing this because he made $500,000 in a single real estate transaction.

SF Gate quotes him as saying, “I just closed a real estate deal where my profit was about half-a-million dollars, and I decided even before it closed that one of the things I wanted to do with the money was something fun in SF.”

You'll find white swans here; and, if you're lucky, a white envelope. (Too easy???) pic.twitter.com/xBgzQZSAS2

On Friday afternoon, the Twitter account @HiddenCash already had a few hundred followers. By Sunday afternoon it had hit 11,000, and by Wednesday it was up to 129,000.

The “game” begins when the Twitter account tweets a picture of a location somewhere in San Francisco along with a cryptic clue. The anonymous person behind the account says it doesn’t matter who finds the money: “I just hope some rich one-percenter like me doesn’t find it and keep it.”

4. He Could Be Moving to Other Cities

According to USA Today, the mastermind behind HiddenCash may be moving his little game to other cities in the United States. He says the envelopes will appear in Los Angeles when he goes there on a business trip, and that he plans on expanding the giveaway to New York City.

5. He Says This is Just ‘Fun’ & Doesn’t Replace His Normal Charity Giving

The anonymous benefactor says he enjoys giving away his “millions” in “fun, creative ways like this,” in addition to the charity he already supports. USA Today quotes him as saying, “I’ve made millions of dollars the last few years, more than I ever imagined, and yet many friends of mine, and people who work for me, cannot afford to buy a modest home in the Bay Area. This has caused me quite a bit of reflection. 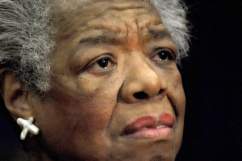 Loading more stories
wpDiscuz
0
0
Would love your thoughts, please comment.x
()
x
| Reply
@HiddenCash is leaving envelopes of money around San Francisco and tweeting clues to spark scrambles for cash. Who is the mystery millionaire?