Italy beat England by one goal in the first round of the FIFA World Cup. The game started with a goal by Italy’s Claudio Marchisio, followed within the next two minutes by England’s Daniel Sturridge. Mario Balotelli scored the third and final goal of the game for Italy to win the game.

Tonight's attendance at the Arena Amazonia is 39,800 #ENG #ITA #3Lions

Arena Amazonia was built in the middle of the Amazon Rain Forest and is only reachable by boat. The players played in 70 percent humidity while the fans sat in seats that were constructed to in order to withstand the extreme heat. The weather could possibly have effects on the players.

Gerrard: "We fell a bit short tonight but we're still not out of this group." #ENG #ITA #3Lions

Here are all the updates of the game.

Raheem Sterling Got a Yellow Card

Sterling was the only player to get a yellow card during the game. He was also considered to have the best performance of any player on England after the game.

England Was Horrible With Corner Kicks

Not sure Wayne Rooney knew where the goal was.

The Ref Told Cahill to Act His Age

68th Minute. Brilliant interaction! The Ref to @GaryJCahill who is complaining: “Stop it, act your age okay, stop it!” #LipReaders #ENG ITA

What ever the final score is today. Mario Balotelli is a winner pic.twitter.com/NgIRAVGjVH

Sturridge Answers with a Goal For England

Pace of the game has slowed down considerably. Seems like both teams are waiting for the other to make a mistake. #ENGvsITA #ComplexWC 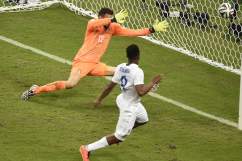 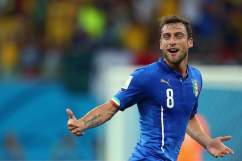 Loading more stories
wpDiscuz
0
0
Would love your thoughts, please comment.x
()
x
| Reply
Italy beat England in the Round 1 of the FIFA World Cup. Here's what you need to know about the game.