Jeffrey Edward Fowle is the American citizen who has been arrested and detained in North Korea, according to the secretive state’s news agency. This would mean that there are three Americans being held in the DPRK.

1. Fowle is From Ohio

The detention of any American citizen in North Korea concerns me, especially one with Ohio ties. The State Department is currently gathering additional information on the cause of the detention and I will work closely with State as we learn more about this case. My thoughts are with Mr. Fowle and his family and I will be sure the State Department does everything it can to ensure the safety of U.S. citizens abroad.

2. Fowle Has Been in Custody Since Mid-May

He’s believed to have been arrested in mid-May, reports The Washington Post. Fowle is reported to have left a bible in hotel where he had been staying.

The U.S. State Department released a brief statement where it said it was “aware of reports that a third U.S. citizen was detained in North Korea.” Although no contact has been made regarding Fowle’s case, the State Department said “There is no greater priority for us than the welfare and safety of U.S. citizens abroad.” The U.S. does not maintain diplomatic relations with North Korea but talks to government officials there through the Swedish embassy in Pyongyang.

4. The DPRK is Not a Fan of Christianity

Although the theory of Juche, North Korea’s ruling philosophy allows for freedom of religion, the reality is that the state is hostile to organized religion, particularly Christianity. A United Nations report stated that Chrisitanity is akin to a “drug, narcotics, a sin, and a tool of Western and capitalist invasion.”

5. There Are Now 3 Americans Detained in North Korea

Kenneth Bae was sentenced to 15 years in prison in North Korea in 2013. (Facebook)

There are now three Americans held in North Korea accused of crimes. The most high-profile of which has been Kenneth Bae, a missionary who was sentenced to 15 years hard labor in the DPRK. The court that convicted him said that his acts were aimed at bringing down the government. In April, another American Miller Matthew Todd, was arrested by authorities. The official state line is that Todd tore up his tourist Visa and was seeking shelter in the DPRK. 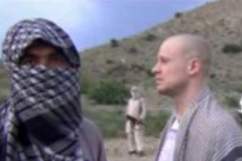 Loading more stories
wpDiscuz
0
0
Would love your thoughts, please comment.x
()
x
| Reply
Jeffrey Edward Fowle is the American citizen who is being held in North Korea. He's alleged to have broken the law "contrary to the purpose of tourism."