Eight months after a cyber-bullied Boy Scout committed suicide his parents are targeting the school district for failing to protect their son.

Fourteen-year-old Matthew Burdette killed himself in November after peers shared an embarrassing video of him in the bathroom, reports ABC 10. Now Timothy and Barbara Burdette are speaking out and seeking damages from the San Diego School District, claiming educators knew he the boy was being bullied and did nothing to stop it.

According to Timothy and Barbara Burdette, their son Matthew was a happy, positive kid up until the two weeks before his suicide. Matthew was a freshman at University City High School in San Diego, where he was active in sports and extracurricular activities.

ABC 10 reports that Matthew was kicked out of class for eating sunflower seeds, and with no direction about where to go he went to the bathroom. It was then that another student recorded him over the stall door.

At school, Matthew faced endless harassment from other students, which ultimately drove him to end his own life.

2. His Suicide Note Read ‘I Have No Friends’

Two weeks after the video went viral, the Burdette family went to Crestline, California, for Thanksgiving. The parents wrote in their claim against the San Diego Unified School District that there was a very obvious shift in Matthew’s mood and behavior.

Matthew was found dead by his mother on the morning of November 29, along with a note explaining why he committed suicide. The note said:

That was only a part of the explanation, but it was clear that Burdette had been facing bullying and alienation at school.

Raise Awareness of Bullying & Its Consequences

3. His Parents Say the School Wouldn’t Help in Their Hunt for Answers

When the Burdettes found Matthew’s suicide letter, they brought it to the school to see if the faculty were aware of anything happening to Matthew at school. The Burdette family wanted help in finding the cause for their son’s suicide, but according to ABC 10, the school refused to say anything.

The only people who came forward to help the Burdette family were other students. The family learned about the video and eventually discovered the district already knew about it.

Through their lawyer, the parents filed a claim against the district (above), a precursor to a potential lawsuit. The claim puts the district on notice that the parents are seeking compensation; if no resolution is reached, the parents have six months to sue.

The California Safe Place to Learn Act enforces that any employee of the district is required to protect students against bullying, and the Burdettes argue that UCHS violated this act.

4. The Boy Who Made the Video Was Arrested

When Matthew’s parents went to UCHS to seek information about the suicide, the school refused to say if the person who took the video had been punished at all, according to The Los Angeles Times. The boy who made the video eventually came forward and confessed.

The student was arrested and punished, but because he is a minor he remains unnamed by authorities.

5. Burdette Was on the Wrestling Team, Water Polo Team & in the Boy Scouts

Prior to the two weeks preceding his death, Matthew was an outgoing, happy kid. As a freshman in high school, he played on the water polo team and was also on the wrestling team.

Matthew was also with Boy Scout Troop 260, on his way to becoming an Eagle Scout.

The family asked in his obituary that instead of sending flowers, people donate money to Boy Scouts of America in his name. 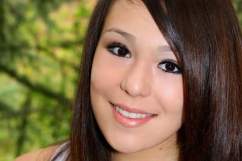