We’ve compiled a list of the top 10 NFL running backs for the upcoming season based on an average of rankings from the top Fantasy Football writers in the business.

The rankings averaged are a combination of ESPN, Yahoo Sports , CBS Sports , Fox Sports , NFL.com‘s to create the most accurate list of RBs you want on your Fantasy team.

Here’s what you need to know about the running backs:

There is no question that LeSean McCoy is the leader of the Eagles’ offense. He is going into this year as a defending champion of rushing yards after winning his first title by a hefty 268 yards. After the last 3 seasons, McCoy is just behind Adrian Peterson in points scored by a RB in fantasy too.

You can’t go wrong with McCoy as he continues to improve ceaselessly without fault. The only downfall could be that Darren Sproles has just joined the team which is good for the eagles, but could end up splitting some receiving yards with McCoy. All in all that shouldn’t effect him much, even if he doesn’t have 314 carries like he did last year although he most likely will receive just as many as a key part of Chip Kelly‘s offensive scheme.

With Sproles, McCoy will be less tired towards the end of games which could actually help boost his stats even further.

McCoy already boasts the NFL record for fourth-quarter touchdowns of 40 yards or more with seven. He led all backs last season with 441 yards and a 5.96 per-carry average in the fourth quarter. It is believed keeping him fresher might make those numbers even better.

Jamaal Charles was fantasy football’s MVP last year during a period where he had less carries and more receptions because of Andy Reid’s setup. In his 259 carries, he totaled 1,287 yards while adding 693 yards extra from the 70 receptions. Charles knows how to make huge plays, tied for third in the league among RBs with 14 plays consisting of 20 yards or more completed.

As long as Charles stays healthy he will be quite the contender. The Chiefs receiver is currently in a scuffle with the management of the Chiefs over his contract, believing he deserves more (which he probably does) than the $28 million contract he signed for originally. He will not be in attendance at camp for the Chiefs, but hopefully the issue is resolved prior to the start of the season.

Christopher Harris of ESPN commented on Charles’ play last year before the MVP award was announced:

Charles’ total damage? How about eight carries for 20 yards and a TD, to go with eight grabs for 195 yards and four TDs? Not bad, right?

…At the moment, he’s the favorite.

Josh Katzowitz of NBC Sports said in regards to Charles’ absences at practice:

There may not be any non-quarterback in the league who is more important to his team’s offense than Charles.

After a scary ACL injury in 2012, Peterson is back on the field dominating the top spot as a RB in the league. Peterson has had no ordinary career as a running back with 10 or more TDs every season since he joined the league 7 seasons ago with a bang. In those season, he has only been below the 1,400 yard mark once and at the ago of 29, he has not slowed down one bit except for the speed bumps involving his injuries (he had groin surgery in the off season) that he has since recovered from.

Peterson could be listed in any of the top 3 spots depending on his health and will most definitely be the most valuable player on any fantasy team as the RB leader in fantasy points.

Over the last three seasons McCoy has rushed for 3,756 yards and 28 touchdowns for an average of 1,252 yards and nine touchdowns per season.

Last year, Forte totaled 1,933 yards from scrimmage to mark him the 5th highest in franchise history, according to ESPN.

Forte has perhaps the NFL’s best combination of speed, power and receiving hands, and after years of disappointing TD totals, he registered 12 trips to the end zone in 2013.”

The only reservations about the talented RB is the fear of his overuse during the season. In 2013, he had the top participation in offensive snaps (887), the most of any RB. As long as he can keep up, he’ll be fine. In interviews with CBS Sports, he told them he does not plan on slowing down and is looking forward to an even bigger workload.

It wasn’t like I was worn out at the end of the season or anything. I only averaged 18 or 19 (touches) a game but with the catches you get more touches that way. I think age is just a number like everyone says. It doesn’t really matter if someone is 29, 28, 30 years old. It just depends on how their body feels and at the same time if they take care of their body.”

(Lacy was a Rookie last year, so last year’s stats are his career stats.)

Eddie Lacy came out of his first year in the league as the The NFL’s offensive rookie of the year. With stats that high after just one year of experience, we can’t wait to see what he can do next year. The fact that he is that good and has only played for one year is a plus and a minus because it shows his pure talent, but there is always the question of experience.

The 24-year-old caught 35 passes in his rookie season tallying 257 yards, many of them over 20 yards. Another benefit of Lacy is the way the Packers will be running their offense. This year the team is looking to keep him on the field longer in an attempt to limit substitutions to avoid wasting time for the offense.

…In 2013 was this 230-pound ball of thunder with soft receiving hands who carried the Packers while Aaron Rodgers was out with a broken clavicle. Lacy’s running style is reminiscent of Larry Johnson’s, and you’ll recall that LJ had a dominant fantasy stretch in the mid-2000s. In truth, Lacy has a combination of talent and every-down opportunity that could make him the No. 1 player in fantasy by season’s end.”

Coming fresh off of the 2013 season with a Superbowl ring, Marshawn Lynch is a part of a machine. Lynch, known as Beast Mode, contributed 35 rushing TDs in the past three seasons to relentlessly rack up fantasy points.

Next to McCoy, Lynch has been leading the league in carries with an average over over 300 per season in the past 3 years.

The only thing working against Lynch is history.

According to ESPN’s Chris Harris:

The past 15 RBs who’ve averaged at least 300 carries in a three-year span have dropped by an average of 86.7 totes the following season, often due to injury. Lynch is an ultraphysical player, and when the end comes for him, it could come quickly. But on a team this good and this committed to the run, we’re wagering he’s got one more stellar campaign in him.

Arian Foster is considered one of the most talented running backs in the NFL with the ability to make the most of any situation on the field, turning what should be 2 yard runs into 10 yards. Before his back injury last year, he was given the ball 351 times to average over 1,400 yards in 2012, and in 2010, he was handed the ball 327 times for over 1,600 yards. The problem is his stats are declining instead of getting better.

Having Foster on your fantasy squad is a risk, but a worthy risk at that.

In what was considered a bad year, before he missed the second half of the year with a back injury, Foster averaged 4.5 yards per carry and 8.3 yards per reception — both lively figures. The biggest drawback of his game was his failure to find the end zone at his usual clip. He turns 28 years old Aug. 24, but Foster’s legs should be as fresh as they have been since his rookie year.

the Cowboys’ Demarco Murray is the perfect running back for fantasy. He had the third highest averages for yards per carry of any RB in 2013 at 5.2. Despite his frequent injuries, Murray has still managed to pull through. Those setbacks are the only reason he is not ranked even higher, but his strength, speed and sticky hands have given him a huge workload on the Cowboys’ offense with an average of 21.3 touches per game after week 10 of last year.

Whatever they decide to do with me, I think I can handle it.”

It all depends on his health.

Things that were done last year in the running game with DeMarco, the running style that was created here is really a good fit. That’s going to be our strength, being able to lean on that running game a little bit more than they have in the past.

(Ball was a Rookie last year, so last year’s stats are his career stats.)

It’s hard to look at Ball’s stats and compare it to his level of play. In his rookie season last year, he was hindered by Knowshon Moreno who took 241 of the carries. Now that Moreno has moved to Miami, it is Ball that will be taking over as the lead receiver and all that comes with it. His stats will be at least double this season if he avoids injury.

The only issue with Ball is his lack of ability to block for his quarterback. If he can cover for Manning a bit better, his career will rise exponentially.

He’s a talented all-around player with size and short-area burst, and he should be a breakout star.”

(Bell was a Rookie last year, so last year’s stats are his career stats.)

Le’Veon Bell has a ton of pent up talent within his 244 pound stature. His potential to run over guys is there, but not utilized as it should be. If he learns to barrel through the pack in a more reckless manner, his stats should shoot way up. After all, it was his rookie season last year. Someone needs to remind Bell that he’s 244 pounds. He ended up 23rd among RBs in the NFL for yards gained after contact at a low 1.58 yards.

What Bell does do great is his ability as a pass catcher where he ranked 9th at 8.9 yards per catch with more than 40 completions for the Steelers. His disabilities can all be fixed easily with a slight mentality change to round him out as an overall great choice as RB in the fantasy league.

According to Dan Hanzus of NFL.com, Bell will most definitely overcome his fear of contact:

Bell’s abilities jump out at you on tape. He’s a sleek, powerful runner with quick feet, special cutting ability and good vision. He routinely turned 1-yard losses into 7-yard gains. His confidence built as the season wore on: He averaged 4.0 yards per carry in his final five games after averaging 3.2 yards in his first eight games. 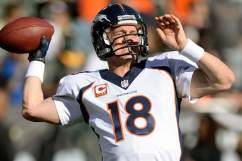 Loading more stories
wpDiscuz
0
0
Would love your thoughts, please comment.x
()
x
| Reply
We compiled a list of the top 10 NFL running backs for the upcoming season based on an average of rankings from the top Fantasy Football writers. Here are the stats for who you want in your draft.