Bernie Madoff’s only surviving son has died of cancer complications, according to CNBC. He was 48 years old.

Madoff had been suffering from lymphoma. He was originally diagnosed with the disease in 2003. According to an interview with People, he thought he had beaten the cancer until the stresses of his father’s dealings and trial caused it to reappear.

2. It’s Alleged He Was Involved in His Father’s Illegal Deals

In July 2014, it was alleged by trustee Irving Picard that Andrew Madoff knew of his father’s illegal dealings. Picard says Madoff received millions of dollars in payoffs from his parents. Although a judge in London ruled that Andrew knew nothing of the extent of his father’s scheme.

3. He Is Survived by his Fiancee Catherine Hooper

After his father was sent to prison, Andrew Madoff and his fiancee Catherine Hooper started a disaster preparedness company called Black Umbrella. Since his cancer reappeared, Andrew was no longer working as much for the company, reports The Wall Street Journal. The couple were interviewed together on The Today Show in 2011, watch the video above.

In 2008, Andrew Madoff won an award from SIFMA for “extraordinary leadership and service.” His award was specifically for the regulation of the National Market System.

Medical examiners remove the body of Mark Madoff, the son of disgraced financier Bernard Madoff, after he hanged himself in his New York apartment on December 11, 2010, the second anniversary of his father’s arrest for perpetrating Wall Street’s biggest ever fraud. (Getty) 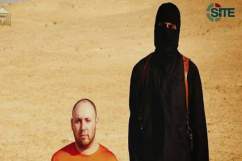