The leader of the terrorist group Khorasan, Muhsin al-Fadhli, a former confidant of Osama Bin Laden, is believed dead after U.S. airstrikes in Syria.

Al-Fadhli was just 20 years old on September 11, 2001, but was among a select few close enough to Osama bin Laden to have prior knowledge of the 9/11 attacks, suggests U.S intelligence. Al-Fadhli worked closely with bin Laden and al-Qaeda as a facilitator and financier.

He later became close with the leader of al-Qaeda in Iraq, Abu Musab al-Zarqawi, while rising through the ranks. 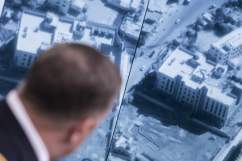 The State Department had offered up to $7 million for information on al-Fadhli. He was among the top wanted terrorist in the world and Syria.

3. He Led a Group Planning ‘Imminent’ Attacks Against the West

Khorasan is a terrorist group viewed as more dangerous to the U.S. than ISIS because of its specialty in high-tech explosives, connections to terrorists with Western passports, and intention to combine those advantages to take down passenger jets.

Khorason is a small group of al-Qaeda veterans believed to be in the execution phase of an attack on the West.

Khorasan is known for recruiting Westerners and people with Western passports to attack their own homelands. Pentagon Spokesman Rear Adm. John Kirby said, “The Khorasan group is clearly not focused on either the Assad regime or the Syrian people. They are establishing roots in Syria in order to advance attacks against the West and the homeland”

Al-Fadhli had an obsession with terror attacks on Western countries, targeting trains and airplanes in particular, with an expertise in explosives. 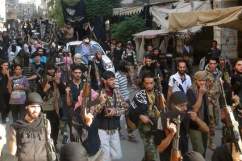 4. He Was Born in Kuwait & Became a Teen Terrorist

Born April 24, 1981, in Kuwait, al-Fadhli was a bodyguard who became the second-in-command leader for al-Qaeda in the north of Afghanistan. As a teenager he fought alongside the Taliban against the Russians in Chechnya, where he learned to use firearms, anti-aircraft guns and explosives.

He was convicted in 2003 by a Kuwaiti court for providing funding for terrorist activities and military training in Afghanistan for purposes of terrorism. He was later released after serving five years in prison, despite U.S authorities’ attempts to have him handed over to American forces.

5. The U.S. Has Not Confirmed His Death

While targeting ISIS in Syria, U.S forces have also hit the Khorasan group in response to the threat of an “imminent” attack. According to a Pentagon press release, the U.S “took action to disrupt an imminent attack plotting against the United States and Western interests.”

Attorney General Eric Holder stated, “We hit them … out of a concern that they were getting close to an execution date of some of the plans that we have seen and the hitting that we did … will probably continue until we are at a stage where we think we have degraded their ability to get at our allies or to the homeland.”

It is believed that during one of these strikes al-Fadhli was killed, however, U.S. national security adviser Susan Rice stated, “We can’t confirm that at this stage. We’ve seen reports on social media to that effect. We will continue to look for signs as to whether or not that’s, in fact, the case.”