Paul Kitterman went missing during the Denver Broncos Thursday Night Football game. He left to go to the bathroom at halftime and never returned to join his stepson, Jarod.

Sonny Jackson, a spokesman for the Denver Police stated to 9News:

At this point in time we don’t see any foul play that we are aware of, where he might have come upon harm, but we don’t know at this point.

The surveillance video that we’re looking at, [what we’re] looking for is to see when he was last seen at the stadium, who he might have been with, just his demeanor the last time he was seen. That might tell us a lot.

Police have said that someone spotted Kitterman in the 3rd quarter of the game, after Jarod realized his step-dad was missing. However, cops didn’t elaborate on where he was seen in the stadium.

The company that manages the Bronco’s stadium, Stadium Management Company, said in an email statement, “We have been in communication with the Denver Police Department and will fully cooperate with its investigation.”

2. This Was Kitterman’s First Bronco’s Game

Kitterman, 53, was at his first game with stepson and two friends, Tia Bakke and her boyfriend, she told the Denver Post, “Paul and Jarod had never been to a game so we got some extra tickets.”

The group drove to Denver together from Kremmling, Colorado, a two hour drive from the stadium. Paul and stepson Jarod had seats south of Bakke and her boyfriend. The group met up at halftime, then split again, with Bakke saying, Jarod went to use the bathroom and was supposed to meet his stepdad back at their seats, however Paul Kitterman never returned.

3. He is in Good Health According to Family

Paul is one of the most loyal, responsible people you’ll ever meet in your life. He would never, ever just leave you hanging, and especially his son. He would never leave Jarod.

Family and family searched the stadium, contacted authorities, handed out fliers, called local hospitals, prisons and clinics with his whereabouts still unknown. His stepson Jarod told FOX 31, “We were looking everywhere — in parking lots, trees, bushes, anywhere we could think of.”

4. Kitterman Only Had a Small Amount of Cash on Him

Kitterman did not drive to the stadium and was only carrying $50 on him, with no credit cards. He was described as not being a technology guy. Bakke told 9News, who were the first to report the story,

He’s absolutely nowhere to be found. It’s been the longest, [most] miserable three days of our lives.

Any information regarding Kitterman’s whereabouts, should be directed towards the Denver police at 720-913-2000.
He was last seen wearing a dark-colored hoodie and a Broncos hat, standing 5’7 and 190 pounds. 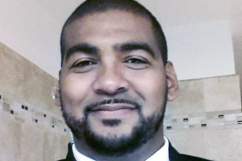 Loading more stories
wpDiscuz
0
0
Would love your thoughts, please comment.x
()
x
| Reply
Paul Kitterman went missing during the Denver Broncos TNF game. A friend, who was with him at the game, said Kitterman is "extremely reliable" and the disappearance is completely out of character.