A world-renowned preacher and motivational speaker was killed along with eight other people after his lear jet crashed in the Bahamas. Myles Munroe was en-route to his native Bahamas to speak at the Global Leadership Forum, an event he had organized, when his plane crashed just after 5 p.m. ET. His death, and the death of his wife, Ruth, was confirmed in a post on his Facebook page.

1. His Plane Hit a Crane & Crashed Into a Junkyard

Munroe pictured with his wife Ruth on November 2. (Facebook)

The plane was making its landing approach to Grand Bahama International Airport in Freeport. NBC News reports that the plane was a Learjet 36. Also killed on board were Captain Stanley Thurston, another pastor Lavard Parks and his wife, Radel.

Former United States ambassador to the United Nations, Andrew Young, was a friend of Munroe’s and had been planning to attend the events in Freeport. His foundation released a statement upon hearing the tragic news:

Ambassador Young expresses his deep sadness over the tragic death of his friends Dr. Myles and Mrs. Ruth Munroe. He offers condolences to the Munroe family and the families of the other souls who lost their lives as a result of this shocking plane crash.

2. He Has 2 Children With His Wife, Ruth

With his wife, Ruth, Munroe had two children, son, Chairo, and daughter, Charisa. Munroe’s daughter was also killed in the plane crash. He grew up in the Bain Town suburb of Nassau as one of 11 siblings.

Myles Munroe was 60 years old. He was one of the most enduring and prominent faces on the Christian motivational speaking circuit. During the early 2000s, he began the Promise Keepers movement, a program designed to advance the role of men in Christianity. He was most famous in Africa and the Caribbean where he had his name on over 100 self-help books. The video above shows Munroe discussing his mortality. The Nassau Guardian reports that prior to the crach, Munroe and his wife had just returned from a three-week tour of eight east African countries.

You can read some of his most inspirational quotes here:

4. Tributes Have to Munroe Have Been Flooding in on Twitter

Since Munroe’s death was announced, there has been outpouring of emotion on Twitter:

I did read & follow Myles Munroe, his book In Pursuit of a Purpose inspired my award winning speech in high school – thus I salute him, RIP!

My prayers & heart go out to the family & friends of @mylesmunroe Dr. Myles & Ruth Munroe, BFMI. He touched my life & the world for God!

5. His Work Was Honored by the Queen of England

In 1998, Munroe’s activities were honored by Queen Elizabeth II when he was awarded an OBE. Also in 1998, he was awarded one of the Bahamas’ highest awards, the Silver Jubilee Award. At his alma-mater, the Oral Roberts University, he received an honorary doctorate in 2004. The president of Oral Robers, William Wilson, released a statement that read:

His energy and enthusiasm for imparting Spirit Empowered Christianity to new generations was contagious,” Wilson said in the statement. “Whether in a leadership gathering with those in highest authority or in Bahamas as a caring shepherd in a community of believers, Myles was always the same — upbeat, positive, loving, full of faith and searching for any way possible to make Jesus known in our generation. His loss will be felt around the world as well as in our hearts here at ORU. 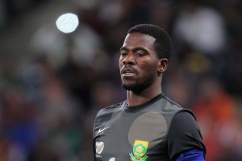 Read More
5 Fast Facts, Breaking News, Celebrities, Deaths, R.I.P.
One of the most renowned Christian preachers was killed along with his wife, daughter and six others after their lear jet crashed mysteriously in the Bahamas.