Rob O’Neill has been named as the Navy SEAL who fired the kill shot on Osama bin Laden during the raid on Abbottobad in May 2011. He’ll be the subject of a Fox News special airing November 11.

O’Neill has completed 400-plus combat missions and is among the most decorated SEALs in history. But his plan to air his story and reveal his identity puts him in the crosshairs of peers and military management.

Here’s what you need to know about this controversial figure:

O’Neill, 38, is the man featured anonymously in the February 2013 Esquire article, “Man Who Killed Bin Laden Is Screwed.” That article reported how unhappy O’Neill was with his treatment, specifically healthcare and benefits, since retiring from the military in 2013. Until this week, the identity of “the Shooter” has remained a mystery.

O’Neill’s move into the spotlight flies in the face of the SEAL ethos, which promotes selfless silence. Military blog site SOFREP, which first outed O’Neill as “the Shooter,” highlights this letter from SEAL command, dated October 31, which appears to be a preemptive denouncement of O’Neill’s upcoming television appearance. Here’s an excerpt:

Matt Bissonnette, the SEAL who published a book on the bin Laden mission titled No Easy Day under the pen name Mark Owen, received similar criticism.

There is no such thing as Freedom of Speech anymore. People get fired for what they say. Tell me I'm wrong… Sticks and stones may ….BS

The exact circumstances of bin Laden’s death are disputed. According to O’Neill, he shot bin Laden three times in the head from close range. Bissonnette says bin Laden was killed by three SEALs who were firing on him at the same time.

When asked about the raid in an interview with the Washington Post, O’Neill said, “I didn’t think I would survive.” 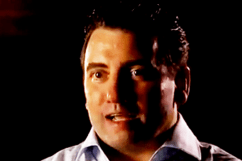 According to Fox News:

Freelance journalist Alex Quade told CNN’s Anderson Cooper that she had been working with O’Neill over the past 12 months. During one of her interviews with him, O’Neill told her:

But anytime anyone says, ‘You know, my brother died at Cantor Fitzgerald, or my mom whatever,’ one thing I tell them is, ‘All right, Osama bin Laden died like a p—y. That’s all I’m telling you. Just so you know. He died afraid, and he knew that we were there to kill him.

You can hear O’Neill describe bin Laden as a pussy above.

He also told Quade, in clips played on Anderson Cooper’s show, about how angry he was about Matt Bissonnette’s book and how the Esquire article about O’Neill was received.

The Washington Post revealed on November 6 that the paper also was planning to reveal O’Neill as bin Laden’s killer. The Post published an early preview of the interview after his name leaked.

The rescue of Captain Phillips from the Maersk Alabama, which was hijacked by Somali pirates. (Screenshot via CBS News)

In addition to the bin Laden raid, O’Neill led two other missions that became Hollywood blockbusters.

The Montana Standard reported that O’Neill led the team that rescued Captain Richard Phillips from Somali pirates in 2009. That incident was made into a movie starring Tom Hanks.

O’Neill was also anonymously portrayed in Zero Dark Thirty, about the bin Laden raid, and Lone Survivor — in which he leads the team that rescues Marcus Luttrell, played by Mark Wahlberg.

O’Neill retired from the military in the summer of 2013. According to his LinkedIn page, O’Neill was with the Naval Special Warfare Development Group from 2004 to ’12, and after that he moved on to be a technical consultant with the SEALs. 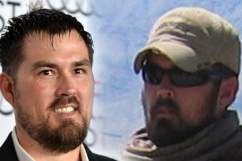 4. He Now Works as a Motivational Speaker

His profile on the Leading Authorities website says that O’Neil’s motivational presentation is titled “Never Quit: The Story of a Life Built on Successful Missions”:

In his speech, O’Neill shares what he learned during his more than 400 combat missions across four theaters of war. Through his moving and emotional stories drawn from lessons learned during some of the country’s most headline-stealing conflicts, O’Neill shows his audience how the best of the military’s best approach strategic planning when mission failure is not an option.

Videos of O’Neill’s speeches have recently been set to private on YouTube and Vimeo.

The flag of ISIS.

In an interview with the Daily Mail, O’Neill’s father, Tom, said that his son isn’t scared that ISIS may target his son for killing bin Laden. The senior O’Neill said, “People are asking if we are worried that ISIS will come and get us because Rob is going public. I say I’ll paint a big target on my front door and say come and get us.”

O’Neill, a native of Butte, Montana, first joined the Navy in 1995, just after graduating from Butte Central High. According to his father, O’Neill joined up at age 19, in part because he was upset over a breakup with a girlfriend.

The dad said it’s unfair to expect his son to remain silent:

He is not allowed to talk, yet they are using this big bullhorn to shut him up. I support him in everything he is doing. What are you supposed to do when you come out of the military after such service — become a greeter at Walmart?