A combination image shows U.S. civil rights leader Martin Luther King Jr. (L) as he waves to supporters on August 28, 1963 from the Mall in Washington D.C. during the “March on Washington”, and U.S. President Barack Obama (R) speaking after being sworn in as the 44th president of the U.S. and the first black president 46 years after Martin Luther King’s march on Washington to raise public consciousness for civil rights. (TIMOTHY A. CLARY/AFP/Getty Images)

The “heritage month” celebrates African-American contributions to American culture and also serves as a reminder of the tribulations African-Americans have had to endure to obtain the freedoms that America’s forefathers promised its people when “all men are created equal” was written in the Declaration of Independence. African-Americans have been on the forefront of the civil rights fight to uphold this oft-quoted American ideal since their emancipation from slavery in 1865, and their granting of full citizenship in 1868 with the Fourteenth Amendment to the United States Constitution, which reads:

Read on to learn about the history of Black History Month and why there is criticism within the African-American community about its existence.

Participants in a black voting rights march in Alabama in March 1965. Dr. Martin Luther King led the march from Selma, Alabama, to the state capital in Montgomery. (William Lovelace/Express/Getty Images)

The first seeds that would grow into Black History Month were planted in 1926 when black historian Carter G. Woodson and the Association for the Study of Negro Life and History announced that the second week of February would be “Negro History Week.” This week was chosen because of its proximity to two important birthdays in African-American history: “American Moses” President Abraham Lincoln (February 12) and famed orator Frederick Douglass (February 14). Both of these men’s birthdates had been celebrated within the African-American community since its emancipation in the 19th century.

The primary emphasis of Negro History Week was to coordinate with public school teachers of African-American communities to cooperatively teach black history during the week. However, reception wasn’t at warm as Woodson may have hoped. Of the entire United States, only the Departments of Education of North Carolina, Delaware, and West Virginia as well as the city school administrations of Baltimore and Washington, D.C. adopted the week’s emphasized curriculum.

But Woodson wasn’t dismayed. He knew he had started something good, and eventually Negro History Week gained traction. By 1930, nearly every state with a large African-American population was celebrating their history the second week of February.

2. The First Modern Black History Month was in 1976

U.S. athletes Tommie Smith (C) and John Carlos (R) raise their gloved fists in the Black Power salute to express their opposition to racism in the U.S.A. during the U.S. national anthem, after receiving their medals 17 October 1968 for first and third place in the men’s 200m event at the Mexico Olympic Games. At left is Peter Norman of Australia who took second place. (OFF/AFP/Getty Images)

During the United States Bicentennial six years later, Black History Month was officially recognized by the federal government and ushered in by then President Gerald Ford. During a speech on the topic, President Ford said:

In the Bicentennial year of our Independence, we can review with admiration the impressive contributions of black Americans to our national life and culture.

One hundred years ago, to help highlight these achievements, Dr. Carter G. Woodson founded the Association for the Study of Afro-American Life and History. We are grateful to him today for his initiative, and we are richer for the work of his organization.

Freedom and the recognition of individual rights are what our Revolution was all about. They were ideals that inspired our fight for Independence: ideals that we have been striving to live up to ever since. Yet it took many years before ideals became a reality for black citizens.

The last quarter-century has finally witnessed significant strides in the full integration of black people into every area of national life. In celebrating Black History Month, we can take satisfaction from this recent progress in the realization of the ideals envisioned by our Founding Fathers. But, even more than this, we can seize the opportunity to honor the too-often neglected accomplishments of black Americans in every area of endeavor throughout our history.

I urge my fellow citizens to join me in tribute to Black History Month and the message of courage and perseverance it brings to all of us.

2015 will he the 39th annual Black History Month since its federal recognition.

3. Black History Month has its Critics

Not everyone is a fan of Black History Month. Nearly every year Black History Month revives a debate about the continued effectiveness and equality of having a particular month dedicated to the history of one race. Critics argue that Black History Month only emphasizes hero worship of black historical figures that are then relegated to the confines of one month a year. BBC radio commented, “Is it right for children to learn about history in a segregated way?”

Iconic actor Morgan Freeman is a vocal critic of Black History Month, who summed up his objection to the month by saying:

Freeman also brought up the common argument that “there is no white history month” because the rest of the eleven months are white history month. Whether this is true or not is a matter of opinion. The United States has had a lot more cultural contributions than just black and white.

4. There are Other Black History Months

The United Kingdom also celebrates Black History Month, but the month designated is October, not February.

5. There are Other Heritage Months

Black History Month isn’t the only heritage month recognized in the United States. 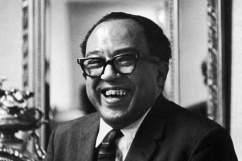