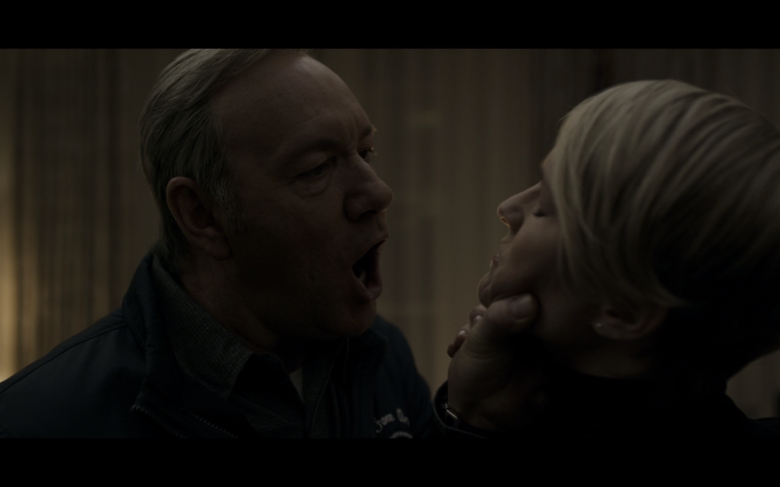 Well, I guess the ending of Season 3 wasn’t too hard to predict but it will be interesting to see where the fourth series takes the Underwoods.

Lots of loose ends and the finale dragged too much for my liking but Kevin Spacey and Robin Wright are always a delight to watch even when they’re at each other’s throats.

The writers seemed to be struggling to keep the plot as sparkling this time around, but there’s still plenty of scope for Season 4. 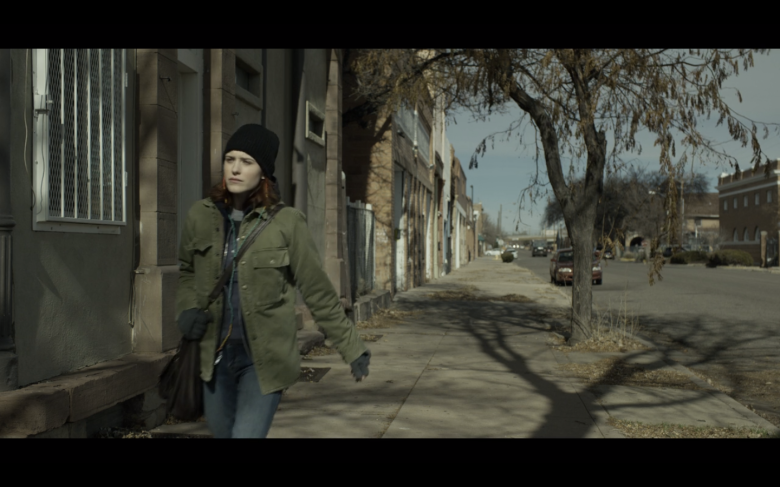 Here comes trouble. It’s one of those everyday scenes when you know it’s all going to end badly. Rachel Posner is alive and well and living in the middle of nowhere. She even seems quite happy, but we know by now that Doug is on her trail and he’s going to be turning up any minute.

We seem to have left the campaign as the Iowa caucus nears. If I could put money on the result right now I’d put $10 on Frank. Heather’s pretty much out of the picture.

2. Doug Wants to Know Where She Is (& He’s Not Taking no for an Answer) 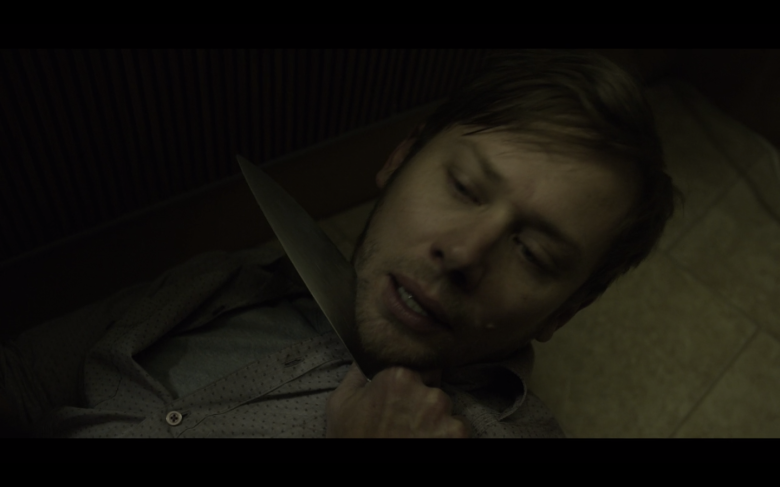 Having just been appointed Frank’s Chief-of-Staff, Doug’s off in Venezuela looking for the techie guy who knows where Rachel is. He may have a dodgy leg now but you still wouldn’t want to argue with Doug. He did his Liam Neeson impression and the guy’s telling him everything.

Watch out Rachel, you know who is on his way.

3. It’s Getting Weird With Frank & Claire 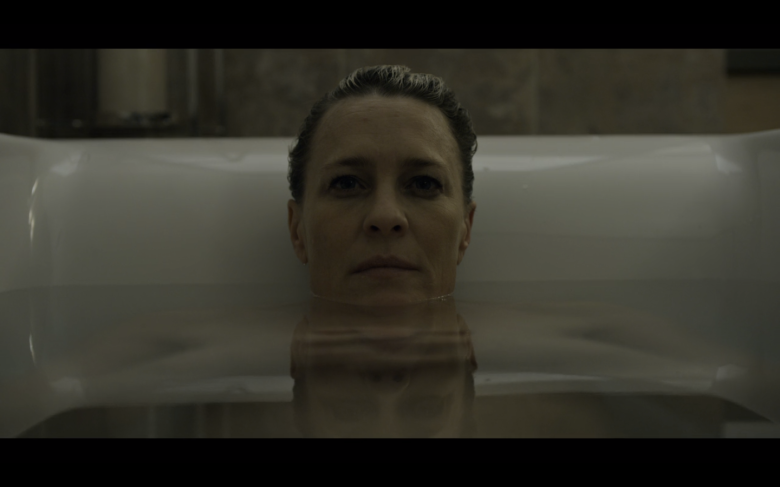 Claire is still looking desperately unhappy and tries to get Frank to have rough sex with her in their hotel room after getting out of the bath (above). She slaps his face a few times and he pushes her down on the bed but he can’t make love to her. Unsurprisingly, this makes her even sadder.

After the bedroom impasse, Claire doesn’t join the President in Iowa, preferring to stay looking miserable (yet haughtily beautiful) wandering around the White House. 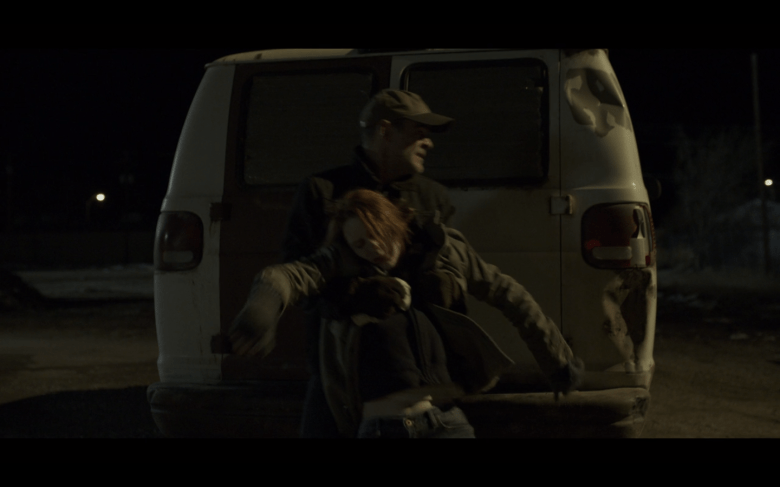 Okay, no surprises here. Poor old Rachel had just bought a new driving license and was getting used to calling herself Cassie Lockhart when party pooper Doug shows up in a crappy old van. He watches her a while but we know what’s coming. She soon cuffed in the back of the van heading up a highway even further in the middle of nowhere.

Plenty of time to grab a coffee or something stronger here as Doug drives down this endless road while they discuss the logistics of going to the bathroom in the back (he eventually settles on simply opening the window and telling her to get on with it).

Maybe it’s just me but the next bit seemed a little cruel. Rachel puts up a pretty convincing argument to be set free and Doug appears to agree with her despite putting a lot of heavy spade work in digging a grave. He sets her free and drives off only to turn around a few second later and, yep, you guessed it, killed her anyway. The things you have to do as White House Chief of Staff.

5. Claire Walks Out on Frank 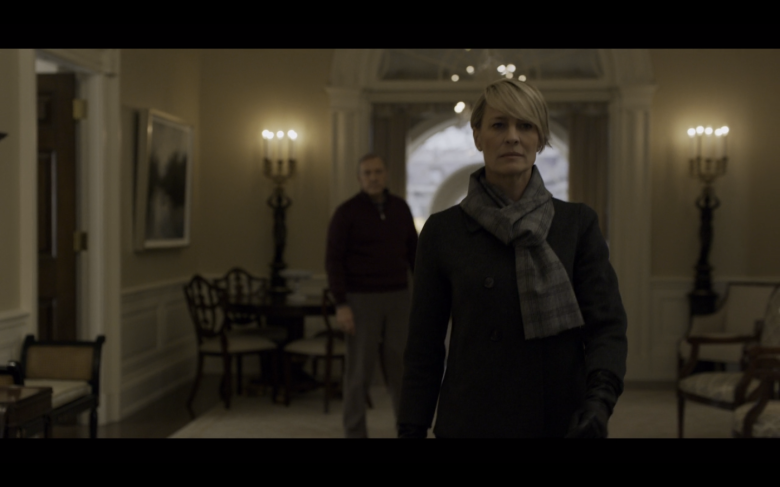 This is the grandstand ending we all saw coming. Claire upsets “Francis” by giving his acceptance speech a miss when he beats Heather to win the Iowa Caucus. What was wrong with her? he rages in an Oval Office confrontation. Was all this not enough?

“It’s you that’s not enough,” says Claire, prompting Frank to launch into a nasty misogynistic tirade that doesn’t go down at all well.

The next morning he’s waiting for her to join him on a flight to the next campaign stop in New Hampshire. But Claire’s not going. She’s leaving him. Frank’s getting dumped.

Perhaps Claire can come back and fight the election next season. Now she would be a good president. 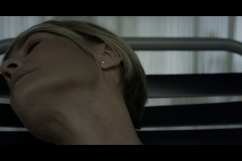 Loading more stories
wpDiscuz
0
0
Would love your thoughts, please comment.x
()
x
| Reply
So this is it folks, the Season 3 Finale. There's a death of a major character and some good and some very bad news for Frank. Enjoy.