The first day of Lent is Ash Wednesday and for 2015, the date is February 18th. Ash Wednesday marks the beginning of Lent, which is the when Christians prepare for the celebration of Easter, which is on April 5, 2015. Lent is believed to be a time for sacrificing as it’s the season of penance and prayer, which is why many fast, give up meat or rid themselves of delicious treats. It’s almost looked at as a sort of “spring-cleaning” for your life. Project Britain explains:

The Christian church no longer imposes a strict fast. Lent is a time when some Christians try to overcome their own faults because they believe that it was man’s sin which led Jesus to be crucified. Some Christians try to follow the example of Jesus in the desert by giving up luxuries and practicing self-discipline. And they try to put aside more time to prayer and religious acts so that they can really let God into their lives.

So, how are the days of Lent calculated? AboutReligion.com reports:

Lent, the period of prayer and fasting in preparation for Easter, is 40 days long, but there are 46 days between Ash Wednesday, the first day of Lent in the Roman Catholic liturgical calendar, and Easter … Since all Sundays—and not simply Easter Sunday—were days to celebrate Christ’s Resurrection, Christians were forbidden to fast and do other forms of penance on those days. Therefore, when the Church expanded the period of fasting and prayer in preparation for Easter from a few days to 40 days (to mirror Christ’s fasting in the desert, before He began His public ministry), Sundays could not be included in the count.

Lent ends on Holy Saturday, which is the day before Easter, so this year, it ends on April 4, 2015. Because Easter occurs on a different date each year, so does Lent. 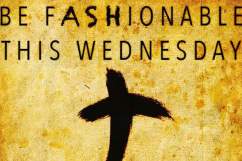 Read More
Religion
Follow Heavy ↓
Check out all the info on Lent, the dates of when it starts and ends, as well as how long until it's over.