Both Copeland and Saltara were in stable condition Wednesday, the New York Daily News reported. A suspect, Shezoy Bleary, 22, was arrested. A companion of his, Catherine Somani, was slashed during the fight and is expected to be OK, the Daily News reported.

1. The Fight Started as Copeland & His Wife Were Leaving the Bar

According to the Daily News, the fight broke out as Copeland and Saltara left the bar, 1OAK club in Chelsea, as it was about to close. The Daily News sources did not say what led to the argument.

Blezoy took out a knife and stabbed Copeland in the abdomen and then stabbed Saltara in the arm and leg, according to the Daily News.

They were both rushed to Bellevue Hospital and are expected to survive.

1OAK said in a statement:

1OAK is extremely concerned with the safety of its patrons and the community. Mr. Copeland and his wife were accosted in front of Fulton Houses where the unfortunate incident occurred after an altercation with the perpetrator. 1OAK staff was unaware of the incident when it happened, as it occurred beyond their view in a different location. However, 1OAK’s team assisted Mr. Copeland to their fullest capabilities, and called for help as soon as he was seen walking back towards the venue. As a committed community member and partner, 1OAK has been working diligently with the NYPD, and a review of the video footage seems to reveal the incident did not originate from the venue or its immediate surroundings that are under 1OAK supervision. Mr. Copeland’s driver sprang to accost and detain the apparent perpetrator and that individual is now in police custody.

We are aware that Chris Copeland was injured early this morning in New York City. We are still gathering information and will update when we know more. Our thoughts are with Chris and those injured. 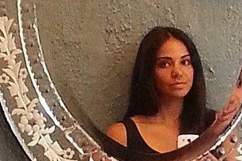 2. The Hawks Players Refused to Move From the Scene

According to the Daily News, the Hawks players, Sefolosha and Antic, refused to move when officers were trying to set up a crime scene, leading to their arrests.

3. Copeland Was in New York for a Game Against the Knicks

Copeland, a New Jersey native and former Knicks player, was in the city ahead of the Pacers Wednesday night game against New York.

The Hawks, meanwhile, are scheduled to play the Brooklyn Nets Wednesday night.

After playing at the University of Colorado from 2002 to 2006, Copeland went undrafted and began his career in Europe, playing in Spain, Germany and Belgium.

5. His Wife is From New York

Saltara went to high school Fashion Industries in Manhattan as well as graduating from John Jay College in 2010, according to her Facebook page. On her page, she says that her and Copeland have been together since 2012. Saltara is a native of New York City, Copeland is originally from West Orange, New Jersey.