It’s the 45th year of Earth Day, and that’s celebrated in the Google Doodle for April 22. According to the Earth Day Network’s President Kathleen Rogers, “It’s our turn to lead” and we need to save the planet because “no one else is going to do it.”

1. Jessica Alba & Leonardo DiCaprio Are Trying to Make a Difference

Through Alba’s organization, The Honest Company, are seeking to promote information about the Toxic Substances Control Act.

One of Alba’s partners, Christopher Gavigan, told MTV News about the company’s efforts saying that the public needs to “be aware of a hugely important issue in the U.S. legislation: how chemicals are approved, tested, and regulated in consumer products.” Gavigan went on to complain about the U.S. Government’s weak stance on damaging chemicals being made available for public consumption.

Carrying on from Leonardo DiCaprio’s speech at the United Nations on climate change, the actor has promised to build an eco-friendly resort at his private island just off Belize, reports the New York Times.

2. You Can Get Involved by Just Going to the Earth Day 2015 Section at the App Store

Apple have created an entire section dedicated to eco-friendly apps in honor of Earth Day 2015. The section also provides a resource through iTunes for consumers to download podcasts, documentaries and books on the environment. According to the company:

Our commitment to the environment starts from the ground up. We strive to change things for the better and create not only the best products in the world, but the best products for the world. Learn about how to improve the world around you with our Earth Day collections.

The section went live on April 21, the day before Earth Day.

Earth Day was first proposed in 1969 by San Francisco peace activist John McConnell and put into action by U.S. Senator from Wisconsin Gaylord Nelson. The politician was later awarded the Presidential Medal of Freedom for his actions.

Obviously there were some of Gaylord Nelson’s colleagues who thought that the day was merely a commie plot because the proposed say is Vladimir Lenin’s birthday. The Daughters of the American Revolution said in 1970 through a statement that “subversive elements plan to make American children live in an enviroment that is good for them.” In Soviet Russia, April 22 was a holiday. The link to Lenin also intrigued then-FBI Director J. Edgar Hoover. Also obvious is that, in 2015, Fox News still thinks it’s a commie plot.

4. The National Security Agency Are Celebrating Earth Day With a Scary Mascot

Getting into the spirit of things are the National Security Agency who introduced the character Dunk. He’s really odd looking. The under-fire agency are hosting recycling drives and going to schools to teach kids the importance of reusing.

5. There’s a Campaign to Plant 1 Billion Seeds on April 22

A campaign is on to repeat an ancient Native American tradition of giving back to the earth after you take something away. According to the Facebook page for “Pledge to Plant:”

It is important to keep a certain portion of the planet covered with forests as it is essential for regulating the distribution of rain and snow over the surface, thus, controlling the climate. Every tree planted will assist in stabilizing the climate and provide habitat for various species.

The campaign’s goal is to plant one billion seeds worldwide on April 22. Even if the weather isn’t conducive to planting, activists want you to start growing your plants inside. 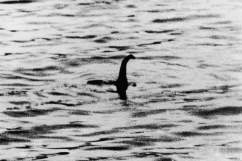 Loading more stories
wpDiscuz
0
0
Would love your thoughts, please comment.x
()
x
| Reply
From Jessica Alba to the App Store, people and organizations across the globe are celebrating the 45th year of Earth Day.