A devoted single father and his seven children were discovered dead on Monday from carbon monoxide poisoning caused by a generator they were using because the local Maryland power company had cut off their electricity.

The children who died in the tragedy were five girls and two boys aged from 6 to 16.

Their father, Rodney Todd Sr., 36, bought a gas-powered generator to provide heat for his family after Delmarva Power discovered a stolen meter and turned off electricity to their rental home, according to the Chicago Tribune.

“I’m just numb. Like it’s a nightmare but it’s not,” the children’s mother, Tyisha Luneice Chambers, told The Associated Press on Tuesday. “If I had known he was without electricity, I would have helped.”

Police Chief Scott Keller said that “power was off in the house” and that the generator was out of fuel when the bodies were found on Monday afternoon.

The incident happened in Princess Anne, a community of 3,260 people in Somerset County, Maryland.

1. The Eight Victims Probably Died in Their Sleep

Police Chief Keller said the eight were found “all in sleeping positions,” suggesting that they had been overcome as they slept.

“I don’t know anyone his age who would have done what he did” for his children, Todd’s mother, Bonnie Edwards, told the Daily Mail. “I was so proud to say he took care of seven kids.”

2. No Foul Play Is Suspected

Police found the bodies at the house in Princess Anne after being contacted by a concerned co-worker of the father, who had not been seen for days, according to the Baltimore Sun.

Todd was a utility worker at the nearby University of Maryland Eastern Shore, said his supervisor Stephanie Wells.

Mis Wells, who hadn’t seen Todd for more than a week, went to the house on Monday morning and knocked on the door, but no one answered. She then filed a missing-person report with police, reported the Sun.

Police said the deaths were not being treated as suspicious.

3. The Father & His Children Were Last Heard From on the Last Saturday in March

Todd was last seen on March 28 and the following night, temperatures plunged to the mid-20s, with highs in the 40s later.

Delmarva Power, the local electricity company, said the rental home never had legal power while the family lived there. The utility said the electricity had been disconnected in October, and there was no request to reconnect it after the family moved there in November.

4. The Victims Were Identified by Their Grandparents

Bonnie and Lloyd Edwards identified themselves outside the family home as Todd’s mother and stepfather.

Todd’s mother said her son was a hard-working and devoted father to his children, of whom he’d had custody for about three years.

“My son was a good son,” Mrs Edwards, the children’s grandmother, told NBC News. “Not only was he my son — that was my friend. I could call and talk to my son about anything.”

5. More Than 400 Americans Die Each Year From Carbon Monoxide Poisoning

Carbon monoxide is a deadly, colorless and odorless gas. Running a generator produces the gas, and warnings are issued routinely against using a generator indoors.

According to the US Center for Disease Control and Prevention, carbon monoxide is found in fumes produced any time you burn fuel in cars or trucks, small engines, stoves, lanterns, grills, fireplaces, gas ranges, or furnaces. The most common symptoms of CO poisoning are headache, dizziness, weakness, upset stomach, vomiting, chest pain, and confusion. 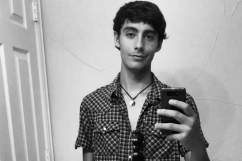 Loading more stories
wpDiscuz
74
0
Would love your thoughts, please comment.x
()
x
| Reply
A father and his seven children were killed by carbon monoxide fumes from a generator bought to keep the family warm after their electricity was cut off by the power company.