The National Association of Unclaimed Property Administrators (NAUPA) says that there is $42 billion in unclaimed moneys in the U.S. The funds are resting in the accounts of banks and companies, stemming from people who have had no contact with their savings, stocks, dividends or IRS refunds, to name but a few. Banks and other businesses lose contact with people for a number of reasons, the most common being the person moving without leaving a forwarding address.

Here’s what you need to do to see if you can claim some of the $42 billion:

1. Use a NAUPA Endorsed Search Engine to See if You Qualify

The Today show’s Jean Chatzky said on the August 31 show that it’s advisable to use a NAUPA endorsed search engine to see if you qualify for a refund. Two of those sites are MissingMoney.com and Unclaimed.org. Both of those websites are free. There are pay sites that promise a more thorough search, just make sure you don’t pay up front for the search and don’t pay more than 20 percent of your refund as a fee. Remember to check your name against any city or state where you’ve lived and to search all names you’ve ever used. Depending on the state, it takes around three months to get your refund.

2. There Are Other Government Sites That You Need to Search

In addition to NAUPA sites, remembers to check IRS.gov, the Pension Benefit Guaranty Corp, for pensions funds and Treasuryhunt.gov, for savings bonds. According to Jean Chatzky, also contact your insurer to any outstanding life insurance payments you might be due.

3. There’s No Statute of Limitations on Claiming the Money

The author of The Little Book of Missing Money, Mary Pittman, told USA Today, that there is no statute of limitations on unclaimed money so heirs should check for the status of deceased relatives. She however adds that not all states participate in the give back (11 don’t). Her other advice is to check these sites regularly as missing money can randomly show up in state funds.

According to the NAUPA website, the group’s work isn’t unique to the U.S. and it operates in Quebec, British Columbia and Alberta, Canada. Not to mention other U.S. overseas territories such as Puerto Rico, Virgin Islands and Guam, are also covered. The official site also says that NAUPA is “one of the original unclaimed consumer protection programs.” The average pay out is $893.

If you need a bit of inspiration to go and check if you’re owed a refund, remember that in 2012, a Connecticut resident was given $32.8 million in a refund, according to the state’s treasurer. That year, in total, Connecticut gave out $83.5 million in refunds. That $32.8 million settlement was as a result of the proceeds from a stock sale. 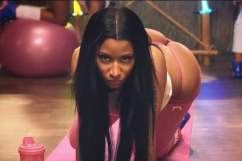 Loading more stories
wpDiscuz
0
0
Would love your thoughts, please comment.x
()
x
| Reply
Find out how to get your share of the National Association of Unclaimed Property Administrators' $42 billion bonanza.