Deceased 3-year-old Aylan Kurdi was laid to rest by his father Abdullah Kurdi in Kobane, Syria. Aylan drowned fleeing war with his mother and brother.

The family were attempting to flee to Canada where they had relatives, reports the Ottawa Citizen. Only the patriarch, Abdullah, survived their attempt. Abdullah returned to Kobane to bury Aylan, his other son, Galip, and his wife, Rehan, all who drowned in the immigration attempt.

In total 12 people died on the flotilla with the Kurdi family. The Guardian reports that they were all Syrian nationals who got on the boat in Akyarlar, which is the closest Turkish point to the Greek island of Kos. The boat had been overloaded and capsized, its captain had abandoned ship. The dead bodies washed up on beaches in the Turkish town of Bodrum.

Abdullah Kurdi said he tried to hold on to his children as their boat capsized and sank. He said “I was holding my wife’s hand. But my children slipped through my hands. We tried to cling to the boat, but it was deflating. It was dark and everyone was screaming. The last thing I remember is when we got off the boat, an hour later we got onto another boat with a Turkish man. There were 12 of us and it was overloaded. With the man who operated the boat, there were 13 of us.”

The National Post reports that Abdullah’s family had been trying to sponsor the family for refugee status in Canada. Local laws say that a family must have sponsorship from five different people who agree to provide financial support to the new arrivals. Aylan Kurdi’s aunt, Ghuson, told the National Post “I was trying to sponsor them, and I have my friends and my neighbors who helped me with the bank deposits, but we couldn’t get them out, and that is why they went in the boat. I was even paying rent for them in Turkey, but it is horrible the way they treat Syrians there.” Ghuson Kurdi and her family have lived in Vancouver for over 20 years. 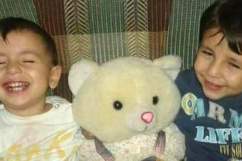