For the first time in more than 30 years, you will be able to see a supermoon lunar eclipse. The rare event will occur late on Sunday, September 27, 2015.

Unlike with a solar eclipse, which requires special eyegear to view, the lunar eclipse can be viewed with the naked eye.

NASA scientist Noah Petro explains, “Because the orbit of the moon is not a perfect circle, the moon is sometimes closer to the Earth than at other times during its orbit.When the moon is farthest away it’s known as apogee, and when it’s closest it’s known as perigee. On September 27, we’re going to have a perigee full moon—the closest full moon of the year.”

Petro, the deputy project scientist for the Lunar Reconnaissance Orbiter at the Goddard Space Flight Center in Maryland, says the moon will appear about 14 percent larger and 30 percent brighter in the sky.

“There’s no physical difference in the moon,” Petro said. “It just appears slightly bigger in the sky. It’s not dramatic, but it does look larger.”

NASA says to check out the supermoon eclipse while you can, because the next one won’t occur until 2033. 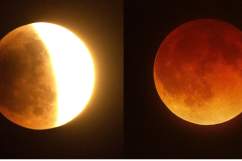 Here’s when and where you can see it:

When Is The Supermoon Lunar Eclipse?

The supermoon eclipse will begin at about 9 p.m. Sunday night in the Eastern time zone.

Tonight's #SuperBloodMoon will be visible from the Americas, Europe & Africa tonight. Here's when to look: pic.twitter.com/Lt93nGahzr

It will last one hour and 12 minutes, according to NASA’s scientists.

Where Can You See the Eclipse?

The supermoon eclipse, “will be visible to North and South America, Europe, Africa, and parts of West Asia and the eastern Pacific,” NASA says.

In the United States, the Eastern time zone could be the best place to see the eclipse, but stormy skies could spoil that. According to Accuweather, a storm system is looming off the Atlantic coast, in the area around North Carolina and Virginia, which could lead to cloud coverage in the mid-Atlantic region.

“Boston has a much better chance for clear skies than Washington, D.C.,” Accuweather’s Dave Samuhel said.

According to Samuhel, there will also be cloudy skies in the Ohio Valley, and in Florida and along the Gulf of Mexico coast. But areas of the Southeast north of Florida and the Gulf Coast, along with the Plains and Southwest should have clear skies, Accuweather says. There will be patchy clouds in the Northwest, and cloudy skies in North Dakota and parts of Minnesota. The West Coast will miss out on the beginning of the eclipse, but the moon will rise with the eclipse in progress, Accuweather says.

If you aren’t able to get outside to see it or the weather isn’t good where you are, don’t worry. NASA will be livestreaming the supermoon eclipse online. The live feed will include views of the eclipse from the Griffith Observatory, the Adler Planetarium in Chicago, Fernbank Observatory in Atlanta and other locations around the United States. Click here to see the live feed. 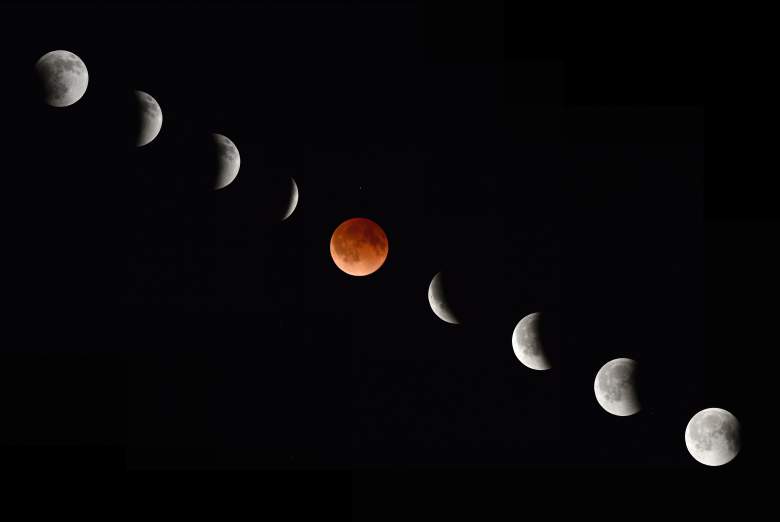 Loading more stories
wpDiscuz
1
0
Would love your thoughts, please comment.x
()
x
| Reply
A rare supermoon lunar eclipse will occur on Sunday, September 27, 2015. Here is info about when it will happen and where you can see it.