Three Jerks Beef Jerky entered the Shark Tank on October 23. Heavy interviewed owners Jordan Barrocas and Daniel Fogelson. We wanted to know what makes their beef jerky different from all the rest on the market. Barrocas explained, “We are the only jerky made from 100 percent filet mignon beef. We also use all natural ingredients that are free of gluten, nitrates and artificial preservatives.” Here is what else the duo told us about…

Jordan: We were hanging out and we started talking about jerky, discussing how it should be delicious but it was always disappointing. So we basically just said, let’s do it. Daniel was also going through a career shift and was able focus all of his attention on jerky.

When you unleash the deliciousness of "I Can't Believe It's Not" Hamburger Filet Mignon Beef Jerky with @thrillist, naturally you make a Hamburger with said jerky. And yes, it's absurdly tasty. Get some while you can – link is in bio. #forkyeah #thrillistjerkstore #ThreeJerksJerky (?cred @hagopphoto)

Daniel: When we first started there were three of us. Back before the business really even started, I was talking to Jordan on the phone and we were bouncing names around. At one point Jordan made a not-so favorable remark…and I called him a jerk. Then light bulb went off!

One week until #SharkTank! Catch us in the Tank on Friday 10/23 at 9pm ET/PT (8 Central) on @abcnetwork. Tune in live or set your DVR! Do you think we get a deal or walk out empty handed? (? ABC/Michael Desmond) #threejerksjerky #threejerks #jerky #beefjerky #filetmignon

Jordan: There was a casting call for the show in January at the University of Miami. I called Fogey to tell him about it and he was basically like, ‘Yeah do it, what’s the worst they are going to say, no?’ So I went to the casting and they told me the next day that we were moving on to the next round. Then the next six months was a long process until filming.

Experience With Kickstarter – 2,500 Bags of Jerky Sent Out

Daniel: Kickstarter was a great learning experience. We put so much in to it and it showed in the results. We honed in what we were trying to do, which was be able to deliver jerky pretty quickly to the people who invested in us. With those funds, we were able to get the product and packaging made and fulfilled all of the orders in about four weeks, which was about 2500 bags of jerky! We were the highest grossing jerky Kickstarter at the time. We hustled. It was the launching point for our company.

Future Plans, Including 24-Karat Jerky for the Holidays

Jordan: We have so many exciting things going on right now. We actually just launched a monthly jerky subscription service this month. We are also running Golden Jerky Contest. It’s kind of like Willy Wonka’s golden ticket, but with jerky. We are creating three bags of gold jerky and whoever the lucky recipient is gets jerky for an entire year. For the holidays, we created a limited edition 24-karat gold jerky gift set that is packaged in a lock box. It’s a little over the top but nothing really quite says ‘Happy Holidays’ like gold jerky though. We will be launching our new secret flavor soon, too. And the continuation of overall jerkiness. 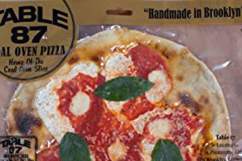