An Alabama boy who was reported missing 13 years ago has been found, safe, in Ohio, living with his father, police say.

Julian Hernandez, now 18, disappeared with his father, Bobby Hernandez, in 2002, when he was 5, according to the Vestavia Hills, Alabama, police department. He was reported missing by his mother.

“At the time of the abduction, it was suspected he was taken as non-custodial parental abduction,” police said in a press release. “Members of the FBI’s Violent Crime Task Force in Cleveland, with help from the National Center for Missing and Exploited Children, the Vestavia Hills Police Department, and the Birmingham Division of the FBI were able to locate and positively identify the child as Julian Hernandez.”

Police said Julian and Bobby Hernandez had been living in Cleveland, Ohio, under assumed names.

1. The Boy Disappeared After His Father Was Supposed to Take Him to Preschool

Bobby Hernandez, with his son Julian, in an undated photo. (William Craft via WBRC-TV)

Julian Hernandez had last been seen by his mother on August 28, 2002, in Birmingham, Alabama, according to the missing person’s website, the Charley Project.

Investigators said Bobby Hernandez was supposed to take his 5-year-old son to preschool, but he withdrew cash from his bank accounts instead and fled, taking some of Julian’s clothing, a stuffed Orca whale and his soft baby blanket.

They were thought to be headed to “a coastal area with a warm climate,” possibly Guam, Puerto Rico, Hawaii or the Tampa or Key West areas of Florida. Instead, they went to Cleveland, police say. Police continued investigating over the 13 years the boy and his father were missing.

“They received hundreds of leads over the years of where he might be from Florida to out of the country, Canada and we followed up on everyone of them. They all came up a dead end until Monday,” Lt. Johnny Evans with Vestavia Hills Police told WBRC-TV.

2. Bobby Hernandez Is in Custody in Ohio & Is Expected to Face Charges in Alabama

Bobby Hernandez was taken into custody by police in Cleveland, on charges related to the abduction, Vestavia Hills Police said in a press release.

He is being held on $255,000 bail in Cuyahoga County on charges of tampering with records and providing false information to the Bureau of Motor Vehicles in Cleveland. He was living under the name Jonathan Mangina, police say.

He is expected to be extradited to Alabama to face additional charges there.

3. Julian Hernandez Reached Out to a Guidance Counselor for Help

An age-progressed photo from the National Center for Missing and Exploited Children.

Julian Hernandez cracked his own case when he was trying to apply for college, Jefferson County District Attorney Brandon Fells said.

His name did not match his Social Security number when he tried to apply for college, Fells told WVTM-TV. He reached out to a guidance counselor, and they discovered he was listed in the National Center for Missing and Exploited Children database.

They then contacted the FBI.

Julian Hernandez may have posted on Reddit about his case, seeking advice. A post with a story strikingly similar to his was posted on the Legal Advice subreddit a month ago. The post said:

Sometime between the ages of 3 and 5, my dad took me, against a court order, away from my mother without me even knowing this. He changed my name and SSN and did something similar for himself.

I have lived my entire life up until a few days ago oblivious to this fact (I was told the name people had been calling me when I was young was my current middle name.) I only discovered all this as I was applying for scholarships and my dad was unable to provide tax info because of all the fraud(?) and he explained everything to me. I learned yesterday after finding my page on a missing child database that I am actually 18 (my fake records say I’m 17)

I am a senior in high school and would like to know how I could, if possible, correct my school records with my real name and SSN, so that I might keep the straight A’s, high ACT scores, etc that I have busted my ass for the past 3 years for. I hope to resolve this as quickly as possible, so that I might still have time to get scholarships for college.

I’m not angry at my father in the slightest. I remember that he used to ask me “If I ever committed a terrible crime, would you still love me?” I still do, even after learning everything. My father has done his best to deal with the mistakes he has made and he clearly regrets them. He has raised me well. I wouldn’t have done so well in school without his pressure, and I am perfectly clean and sober, without any criminal records.

I know my father has dug himself a deep hole with over a decade of fraud and tax evasion. I want to know how I can resolve these problems in the quickest, least painful way possible.
Other things worth mentioning: I now have a little sister who is only a few years old. I want to keep my father out of jail so that he can take care of her. Her mother’s family is the type of despicable people who a child should never grow up with. I don’t care what it takes, my baby sister will never live with those people by herself.

I asked one of my school counselors to get me in touch with a lawyer, but I haven’t heard from her in a few days. So please I just need some advice.

4. They Lived in Cleveland With a Woman & 2 Other Children, the FBI Says

The FBI says Julian Hernandez and his father were living in Cleveland along with another woman and two children, according to USA Today.

“He’s (Bobby) been here three to five years,” Matt MeInyk, the Hernandez family’s neighbor, told the newspaper “I had absolutely no idea this was happening. His son was very quiet, and from what I know, he was a good student.”

He added that Bobby Hernandez seemed like a “pretty cool guy.”

Vestavia Hills Police Lt. Johnny Evans said Julian Hernandez is a “very good student” and “well-adjusted young man.” He says it “seems to be he was taken care of.”

5. Julian & His Mother Have Been in Contact, Police Say

Julian Hernandez has been in contact with his mother, who police said was “ecstatic” after she learned her son was alive, the Associated Press reports.

It’s not yet known how they communicated. Julian’s mother has asked for privacy and her name has not been released by police. What happens next will be up to Julian Hernandez, since he is now an adult

“He is 18, he is an adult, so it’s kind of up to him now as to whether he wants to come back,” Vestavia Hills Police Lt. Johnny Evans said. 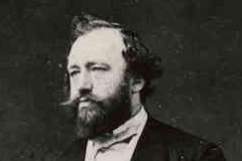 Loading more stories
wpDiscuz
14
0
Would love your thoughts, please comment.x
()
x
| Reply
Julian Hernandez, an Alabama boy abducted by his father, Bobby, 13 years ago, has been found in Ohio, where they were living under assumed names, police say.