The record $500 million Powerball drawing will be held at 10:59 p.m. Eastern time on January 6. The game will be played across 44 states as well as the Virgin Islands, Puerto Rico and the District of Columbia. Your odds of winning are somewhere around 1 in 300 million.

The last winner in the game came on November 4, which has helped the jackpot swell to such a large number. It was the buzz around this rollover that saw the prize grow from $450 million to $500 million on January 6.

You can livestream the drawing here on Powerball-MegaMillions.com. Alternatively you can log on to Powerball’s website to find the easiest way to watch all the action live.

This is the biggest jackpot since the $564.1 million prize in February 2015 which was won by three different groups in North Carolina, Texas and Puerto Rico. 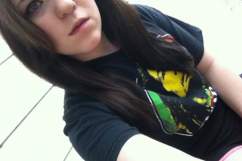 Read More
Breaking News, Powerball
All the information about where to watch the Powerball drawing on January 6 is right here.