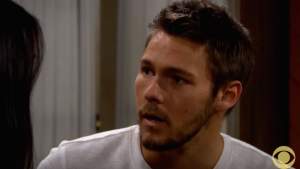 Liam’s (Scott Clifton) amnesia on The Bold and the Beautiful continues pulling him further and further from reality as he remains holed up inside Quinn’s (Rena Sofer) Topanga Canyon cabin.

While trying to make Ivy (Ashleigh Brewer) comfortable for her trek back to Australia, Liam inadvertently hit his head inside the airplane lavatory. Since the incident, Liam’s life has continued going on a downward spiral. Upon quitting Forrester Creations, he passed out inside the company parking lot. In response, Quinn threw him inside his own backseat and drove him up to her pad where he’s been since.

With Steffy Jacqueline MacInnes Wood) — technically still Liam’s fiancée — just about ready to move on with Wyatt (Darin Brooks), B&B fans are surely wondering what’s in the cards for his love life.

Based on the latest storylines and rumors, we’ve composed a list of potential suitors. Read the descriptions and vote below. 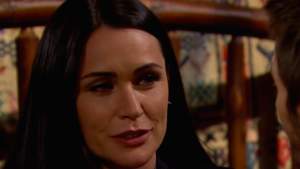 A month ago, Quinn’s name on such a list would’ve been extremely far-fetched. After all, she did try to murder Liam. However, Liam’s amnesia has drastically changed the dynamic between the two as he now calls her his guardian angle and thinks she’s his wife. Quinn even opened up to Liam about her horrendous childhood in which her mother wished she was never born. If Liam comes back to his senses sooner rather than later, he’ll most certainly recall Quinn’s sick and twisted nature. Hence, not be pursuing anything with her. 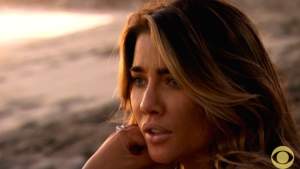 Although Steffy and Liam have always found a way back into each other’s arms, the deck’s now stacked heavily against such an outcome. Not only is Liam not in his right state of mind but he can’t compete with a rival in Wyatt that he doesn’t know exists. While Liam remains convinced that Quinn’s always been his true love, Wyatt keeps chipping away at the wall around Steffy’s heart. If Liam fully regains his memory and tries to win Steffy back over, it may be too little too late. The latest B&B rumors indicate that she’s headed for the altar with Wyatt. Liam would have to either act quick or fully justify his disappearance. 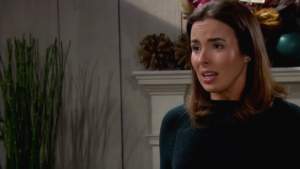 When Ivy made the choice to move back to Australia, she seemingly came to the realization that her love for Liam would not be reciprocated. After all, he was in his right mind and fully committed to Steffy. She recently reached out to Quinn to see about Liam but was brushed off like anyone else aside from Wyatt would be. Aside from Quinn and Deacon (Sean Kanan), Ivy’s the only person aware of Liam’s concussion. If Ivy senses that something shady’s going on with Liam, she’ll likely fly back to LA. Eric had offered her an opportunity to work in both places; this may be her excuse to do so. If Wyatt seals the deal by marrying Steffy, Ivy — assuming Liam has his memory back — would be a likely suitor. 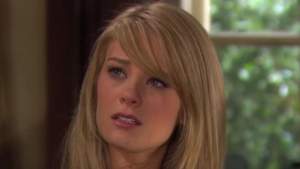 While Hope (Kim Matula) hasn’t appeared on B&B as of late, Liam — pre-amnesia — made it crystal clear to Steffy that he wasn’t over her with the following statement:

“There is one woman I’ve never gotten over and her name is not Ivy.”

Hope was also recently referenced by Brooke (Katherine Kelly Lang), who made it apparent that her daughter was in Monte Carlo with a girlfriend. Could the mention indicate that Hope is single and looking? If so, could she rekindle a romance with her ex-husband?

Read More
Poll, TV
Follow Heavy ↓
wpDiscuz
24
0
Would love your thoughts, please comment.x
()
x
| Reply
With Liam suffering from amnesia and on the verge of losing Steffy on The Bold and the Beautiful, who do you think he'll end up with next. Cast your vote here!