Lovepop entered the Shark Tank in Season 7 debuting their ornate greeting cards for every occasion.

Back then, we interviewed founders Wombi Rose and John Wise about their special creations.

As his episode re-airs, we caught up with Rose again to see how business has been after they clinched a deal with Kevin. Here’s what he told us about…

So fabulous having Mr. Wonderful in the office today ?

Kevin is an amazing partner. He started sending excited emails about joining his team just minutes after our episode aired and he hasn’t slowed down. When Kevin comes into the office, he brings his camera and is always snapping photos. He can’t get enough of our new designs. Last time he was there, he became obsessed with our Money Tree card of course. And Mr. Wonderful is a genius at spreading the word about his new companies. He posts about us on social media, and even talked about us on Good Morning America. We’ve used Kevin’s money to invest in our design team. For example, we’re building a customization platform to help our wedding customers realize their dream invitations. And we purchased two new production laser cutters that can make the most intricate laser cut designs in the world. Now when someone on our team dreams of a unicorn card, which one designer did last month, it can go from idea to you much faster. Yes, you can buy it already!

We meet with Kevin all the time – he’s in Boston after all – and can’t believe how engaged he is with his entrepreneurs. You wouldn’t believe how quickly he responds to emails. And, how tightly woven the community of Kevin’s companies is. When Kevin becomes a partner you get more than just his attention. Kevin brought us into the fold of his group of companies, the “Something Wonderful” platform, which means we’ve benefited not just from his mentorship but from the guidance of the teams at Wicked Good Cupcakes, Bottle Breachers and Honeyfund, just to name a few. Those founders have proven to be incredibly helpful resources as we navigate the post-Shark-Tank world.

Maybe you're in like with someone. That's cool. We got you. Here's a not too serious Valentine we're releasing just for you ❤️

We’ve seen huge customer growth since Shark Tank, and we’ve been ramping up fast to keep up. We moved our fulfillment center to a professional provider. We hired more employees. At this time last year we had three full-time employees; now we have almost 20 full-time employees and 25 brand ambassadors. We moved into a new office space in downtown Boston – Faneuil Hall, right near our kiosk- with those two new laser cutters and a photo studio on premises.

Our #mancrushmonday is a pop-up dog ?. I'm totally okay with that ❤️

Be prepared to face the Sharks. We’ve talked to a lot of investors along the way, and we’ve been asked a lot of hard questions, but the Sharks were by far the toughest. They narrowed in on the real questions and concerns of our business quickly. And you only have one shot. Really know the numbers in your business. We couldn’t believe how deep they dove and got a quantitative understanding of everything we’re doing. A sure way to let them get away is to stumble on your numbers.

We’ve introduced dozens of designs since the show, in fact, we’re releasing designs every week. Our St Patrick’s Day cards are popular, and our Easter cards are amazing. We just released the first few this week and we can’t stop talking about which is our favorite, the chick in the Easter bonnet, the Easter bunny, the bear dressed as a bunny? And we have more Easter cards yet to come. Not to mention all of the cards that aren’t holiday, Groovy Yellow Submarine and the Release the Kraken are two that you must see. And not to give away too many secrets, but let’s just say a guitar, a golf ball, a rocketship and a bun in the oven are on the way. 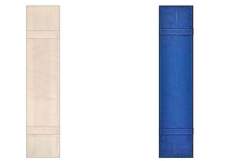 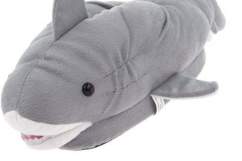