TurboPup entered the Shark Tank in Season 6 with K9 meals bar and have sold a staggering 300,000 units after clinching a deal with Daymond. Since the show, they’ve launched in all Meijer grocery stores and 900 PetSmarts and have even developed a doggy snack food line.

The company’s founder, Air Force veteran Kristina Guerrero, created the bars with dogs’ health in mind. The food is made with 93-percent pure protein isolate and the amino acids in the product help build up a dog’s immune system.

In Season 6, Heavy interviewed Guerrero about her Tank experience and then talked to her again in Season 7 when the show revisited the company’s progress.

As she goes Beyond the Tank, we caught up with her again to see what’s in store for the upcoming episode. “I’m sure there will be a fair amount of Daymond chewing me out!” she said. “I would expect insight into how Daymond launched TurboPup in just a few months, an essential licensing deal, and how the pressure was on me after Shark Tank.”

As for Daymond’s involvement, she calls him “an amazing business partner and mentor.” He even recently flew to the Global Pet Expo to support the launch of their snack line. And as for her advice to future Tank contestants goes, she said:

I always say ‘Don’t let your pride get in the way of a deal.’ I feel like it’s easy to get hung up on numbers, especially equity, but I could have never predicted the impact Daymond’s partnership would have on TurboPup. 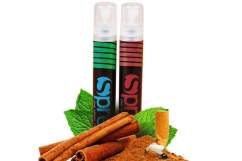 Spretz After No Deal on ‘Shark Tank’: Interview With Owner

Loading more stories
wpDiscuz
0
0
Would love your thoughts, please comment.x
()
x
| Reply
TurboPup got a deal with Daymond for their dog bars. As owner Kristina Guerrero goes Beyond the Tank, we asked her about her growth and future plans.