A Mexican feminist hero and poet is being celebrated with a Google Doodle on what would have been her 91st birthday. Rosario Castellanos passed away after a freak electrical accident while she served as Mexico’s ambassador to Israel in Tel Aviv in 1974. She was 49 years old.

During her lifetime, she saw her family lose their fortune in land reforms while she rose from being an introverted child to becoming a hugely celebrated figure in Mexico’s literary and political scene.

At 16, she was left to fend for herself after her parents passed away following the loss of their land and a move from close to the Guatemalan border to Mexico City. Castellanos would go on to university, teach literacy in Mexico’s rural areas and eventually become one of her country’s most important literary voices of the 21st century. Her writing largely dealt with the struggles of Mexican women and native people. She wrote with a sense of humor, irony and was frequently mocking of contemporary society.

According to the Encyclopedia of Latin American Literature, upon hearing of Castellanos’ death, fellow Mexican writer Martha Cerda told journalist Lucina Kathamnn, “I believe she committed suicide, though she already felt she was dead for some time.”

At the time of her death, the Israeli state news agency said that she died “as the result of an electric shock from a malfunctioning table lamp.” The agency added that she lived in the coastal city of Herzliya. The initial report blamed her death on the lamp’s wirings which were thought to have not been properly insulated.

Her husband, Ricardo Guerra, told La Union newspaper in 1995 that those who spread rumors of Castellanos’ suicide were “malevolent.” He added that she had been happy living in Israel.

One online biography of Castellanos says that she was a witness to her brother’s suicide.

2. Mexican Actress Tessa La Is Set to Play Her in an Upcoming Big Budget Biopic

A 2017 big budget movie is in the works that will deal with Castellanos’ life, reports El Universal. The Mexican newspaper also says that Castellanos will be played by Tessa La, a Mexico City native. She’s the daughter of actress Nailea Norvind.

The title of the movie is Farewells, according to IMDb. The movie will cover Castellanos’ entire life. Her elder self will be played by Karina Gidi.

Her husband, Ricardo Guerra, will be played by Pedro De Tavira in his youth and Daniel Gimenez Cacho in his later years.

When asked about her role, La told El Universal that she thought it was “terrible and absurd” that Castellanos’ work isn’t taught in Mexican schools. She added that Castellanos is “so present, so modern, so fresh and delicious today.”

In October 2015, El Universal reported that the movie would be shot in Mexico City and Chiapas.

3. She Spent Her Married Life ‘Assuming’ Her Husband Was Unfaithful

In 1958, Castellanos married philosophy professor Ricardo Guerra, although she would later call the marriage “disastrous,” according to Poetry and the Realm of the Public Intellectual. The book says Castellanos owed the lack of success of her marriage to her “independent” spirit and her assumption that her husband was unfaithful.

They met while they were both students at UNAM in Mexico City in 1950. He told La Union newspaper in Mexico that he had been married previously with two children prior to his nuptials with Castellanos.

A BBC profile on Castellanos says that she had initially studied law but reneged and went on to study philosophy. Her thesis was on the woman’s movement.

The couple’s letters were later published. You can read translated versions here. That correspondence reveals that the couple had a son named Gabriel.

4. Despite Being Relocated to Israel, Castellanos Still Wrote & Taught

When Castellanos was assigned to take up the role of ambassador to Israel in 1971, it allowed her to continue her writing and teaching. Her obit from the Israeli news agency referred to her as being “respected by her colleagues in the diplomatic corps and among the Israelis with whom she came into contact.”

While she lived in the country, Castellanos translated one of her books into Hebrew and gave the proceeds to charity.

5. Her Poems Are All Collected in the Book ‘Poetry Is Not You’

Castellanos poetic work was all collected in a single anthology titled Poetry Is Not You.

Throughout her life, she was a prolific writer, writing one full play, short stories, poems and essays. Her BBC profile describes her themes as being “the double reality of being a woman and a Mexican.” That same bio notes that her most famous work is regarded as Ciudad real which was published in 1960. The collection of short stories deals with the struggles of the Chamula Indigenous peoples. 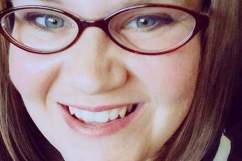 Loading more stories
wpDiscuz
1
0
Would love your thoughts, please comment.x
()
x
| Reply
On May 25, Google has chosen to celebrate the life of one of Mexico's greatest and most important poets.