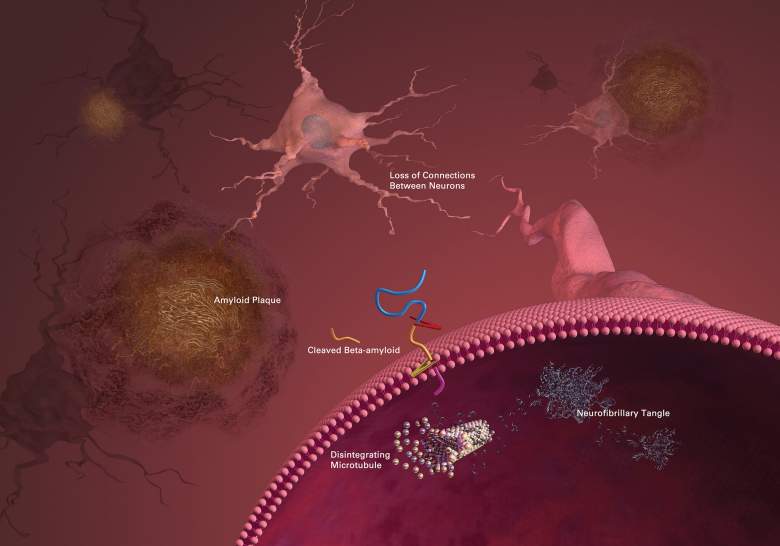 The characteristics of Alzheimer’s illustrated by the National Institutes of Health. (Flickr/NIH)

Has Alzheimer’s been cured? Ten patients with Alzheimer’s genes, Alzheimer’s or similar cognitive decline have seen a reversal of their symptoms thanks to a regimen that includes drugs, diet, exercise, and brain stimulation. As long as they stick with the regimen from their clinical trial, the improvements are sustained. Can this regimen also work on other patients? In this article, we have details about all 10 patients, links to the study, and details on which diet and exercise recommendations were used in the treatment.

The Study Reversed Symptoms in All 10 Participants, With Continued Treatment Needed

Scientists may have reversed the effects of Alzheimer's disease in 10 people https://t.co/qAqZzTXZ9F via @techinsider

Although the clinical trial only studied 10 people, it was effective to varying degrees in 10 out of 10 and marks the first time that a treatment has reversed brain degeneration symptoms. The trial was personalized for each patient and studied 10 people with Alzheimer’s or other forms of cognitive impairment. All but one of the people in the trial was at genetic risk of developing Alzheimer’s. The study was performed by UCLA and the Buck Institute for Research on Ageing in California. You can read the study here.

Each person was given a personalized treatment program, called metabolic enhancement for neurodegeneration (MEND). MEND included a combination of drugs, vitamins, diet, exercise, brain stimulation, and improved sleep habits. All 10 of the patients experienced a reversal of their symptoms, to varying degrees, including being able to return to work and perform tasks that were once impossible. Considering that panels have claimed there is no way to delay or reverse Alzheimer’s, this is huge.

Of course, this is a small study and its implications on a larger group aren’t yet known. But it’s very promising. The one caveat is that the treatment regimen must be continued. One of the 10 patients stopped treatment after three months and showed rapid decline in cognitive abilities. The improvements can indeed be sustained, though, as patients have been monitored for up to four years and showed they maintained their improvements as long as they stayed with the regimen. It’s not known how long the improvements will last. 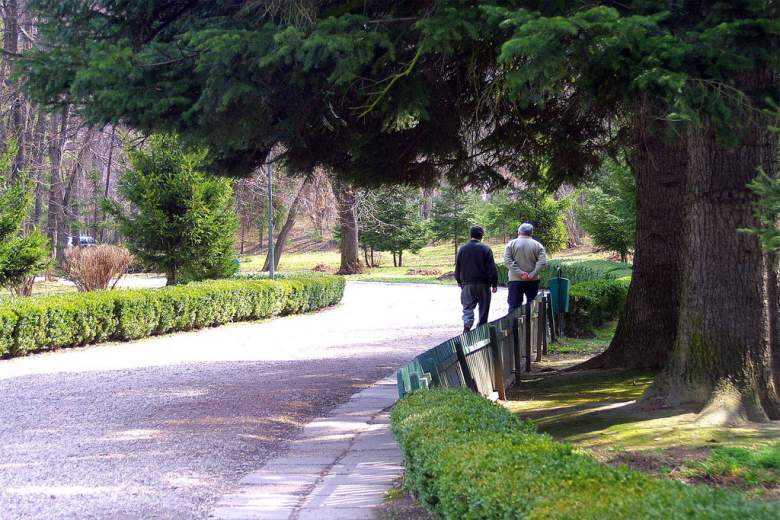 Diet and exercise were part of the regimen. (Flickr/Samantha Ing)

If you read Table 1 of the study here, you can get an idea of what types of diet and exercise were used in MEND. Many different methods were used, depending on the goal. Brain stimulation involved a cognitive training program. Diet included fasting 12 hours a night, low-grain or low-glycemic diets, using an anti-inflammatory diet, using prebiotics and probiotics if needed, optimizing antioxidants with blueberries and other products, and taking vitamins and supplements including D3, K2, thiamine, resveratrol, coconut oil, and more. For sleep, patients needed to sleep eight hours a night and take .5 mg of melatonin, plus 500 mg of Trp if awakening. Exercise was 30 to 60 minutes a day, four to six days a week. To reduce stress, patients did yoga, meditation, listened to music, or a number of personalized approaches.

Here Are Details on All 10 Patients in the Study

We have specific examples from the study of people’s results. For example, a 66-year-old man’s hippocampal volume reduced to just the 17th percentile in his age range. After 10 months, he had increased to the 75th percentile.

A 69-year-old man had early Alzheimer’s and was going to have to close his business. One of his cognitive tests showed he had fallen to the 3rd percentile. After 22 months on MEND, he was in the 84th percentile and expanding his business.

A 49-year-old woman who spoke two languages had lost her abilities and showed signs of early Alzheimer’s. She also had increasing problems with finding words and recognizing faces. After several months on MEND, her reading and facial recall skills had improved and her foreign language skills returned. After nine months, she had no signs of any cognitive decline.

A woman in her 50s who couldn’t shop for groceries anymore and had trouble recognizing faces showed marked improvement that was kept for 3.5 years. At first she ranked on the 35th percent in cognitive skills, despite being an excellent student when she was younger. After being on the MEND protocol, she was in the 98th percentile in cognitive skills.

A 55-year-old woman had problems with recalling words, even though she was a professional writer and editor. She misplaced items and lost her train of thought while speaking. After four months on MEND, her word recall was back to normal and rarely lost her train of thought. Her doctor believed her cognition had returned to normal. For example, her composite memory improved from the 1st percentile to the 61st percentile.

A 74-year-old attorney had a five-year history of memory loss, difficult finding words, and Alzheimer’s that was unresponsive to other treatments. After six months on MEND, he showed marked improvement. He declined after going off MEND, but regained his improvement after restarting the treatment.

A 57-year-old man lost his job as a programmer due to memory problems. He lost his ability to play the guitar, became quieter, and had other severe memory problems and scans that indicated Alzheimer’s. After going on MEND, his memory improved, along with his guitar playing. He’s not completely back to normal, but markedly improved after seven years of cognitive decline.

A 68-year-old executive with five years of cognitive decline and many Alzheimer’s symptoms, showed marked improvement after six months on MEND.

A 50-year-old woman became severely depressed after a hysterectomy and showed brain abnormalities typical for Alzheimer’s. She declined despite medication. At 57, she was put on MEND. After three months she could babysit, follow written and verbal instructions that she was incapable of doing before, remember what she read, and remember events from the previous day — something she hadn’t been able to do for several years.

The tenth patient was a 54-year-old woman suffering two years of memory loss. Her vocabulary had decreased, she couldn’t retain new information well, had new grammar issues, and trouble remembering names. She also had trouble driving, organizing, and was not motivated. After four months on MEND, she showed modest improvements in visual and verbal memory.

Read More
Breaking News, Medicine
A trial reversed Alzheimer's in 10 patients. See which vitamins and exercise were used, details on each patient, and links to the study so you can learn more.