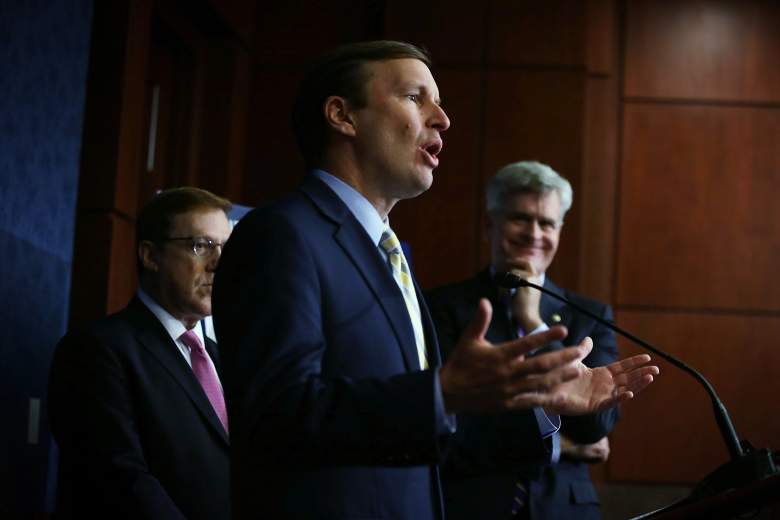 What are the rules of a filibuster? (Getty)

Sen. Chris Murphy is leading what could end up being one of the longest filibusters in history, if he can stay on his feet long enough. He started the filibuster around 11:21 a.m. Eastern, Slate reported, calling for congressional action on gun control. But what are the rules of a filibuster and just how long can they go?

Filibusters typically only enter the national spotlight when one begins to go very, very long or touches upon a topic that is central to news coverage, like today’s gun control filibuster. They may also enter the spotlight if a popular TV show features one, such as when one of Scandal’s main characters had a filibuster this past season:

In 2013, Rand Paul led a filibuster over the federal government’s use of drones against U.S. citizens, prompting the Boston Globe to share a detailed article about the rules of filibusters. Here is a quick look at the highlights of filibuster rules in the Senate. They can actually get a little more complicated than this, but these are the basics:

First, to start, a Senator just asks the presiding officer to recognize them and then starts speaking. Or they can announce that they’re filibustering and share why.

The Senator can never sit down, or they have yielded the floor. They have to stay on the Senate floor and continue speaking. They can’t eat, except for hard candy from a “Candy Desk,” and they can only drink water or milk.

Interestingly, the Senator can talk about whatever he or she wants while filibustering.

Breaks can only be achieved by allowing an ally Senator to ask you a question. The question can last hours and its content doesn’t really matter. But the Senator must still stay on the Senate floor. They typically can’t take a bathroom break. But during Strom Thurmond’s 24-hour-plus filibuster, he got one bathroom break when a fellow Senator asked him to temporarily yield the floor so he could make an insertion into the Congressional Record.

Filibusters can end if the majority gets 60 votes to shut it down, but that process often takes two to three days, the Boston Glob reported. Or the filibuster can win an accommodation or stop the filibuster due to fatigue.

To learn more about the top longest filibusters, please see this story:

Loading more stories
wpDiscuz
3
0
Would love your thoughts, please comment.x
()
x
| Reply
Sen. Chris Murphy filibustered for nearly 15 hours. How long would he have been allowed to go on and when must a filibuster end? Here are the rules.