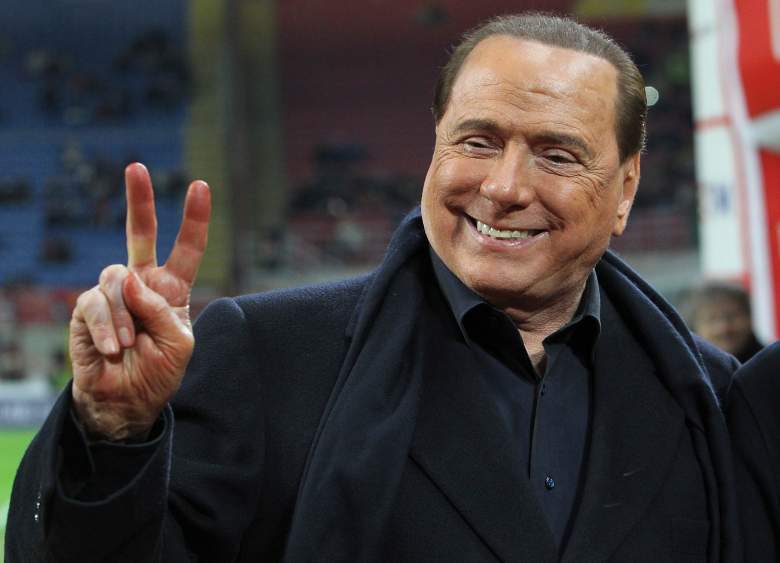 Silvio Berlusconi gestures before the Serie A match between AC Milan and SS Lazio at Stadio Giuseppe Meazza in March of 2016. (Getty)

In 2011, he was ranked on the list of Forbes’ most powerful people in the world, coming in at number 21.

Berlusconi, 79, has an estimated net worth of $7.1 billion, according to Forbes.

Here are five fast facts to know about Berlusconi’s wealth: 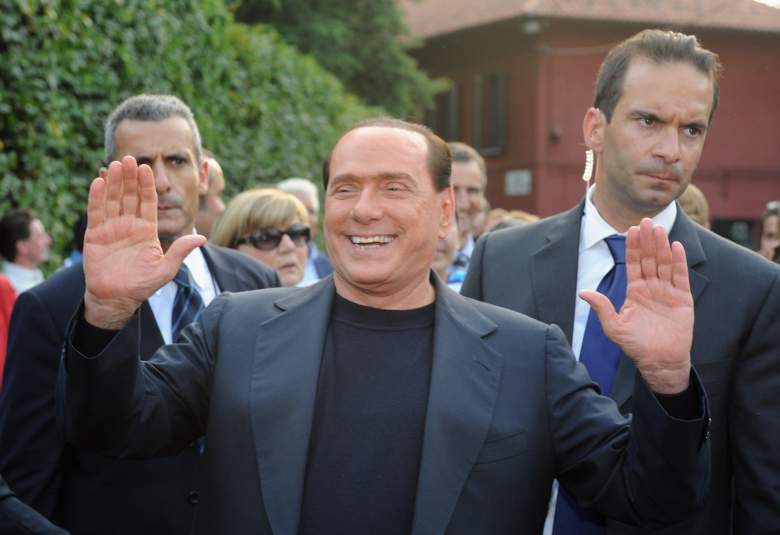 Berlusconi’s business career began in construction. In the late 1960s, he built Milano Due, 4,000 residential apartments east of Milan.

Then, he entered the media world.

Berlusconi’s media empire increased early on when his television stations, such as Canale 5, became the first to offer American television shows dubbed in Italian.

It marked the beginning of a new era in Italian television, importing American shows like Baywatch and the Smurfs. It also cemented Berlusconi’s position as a media tycoon.

Mediaset is Italy’s largest commercial broadcaster and is controlled with a 38.6% stake by his family holding company Fininvest. 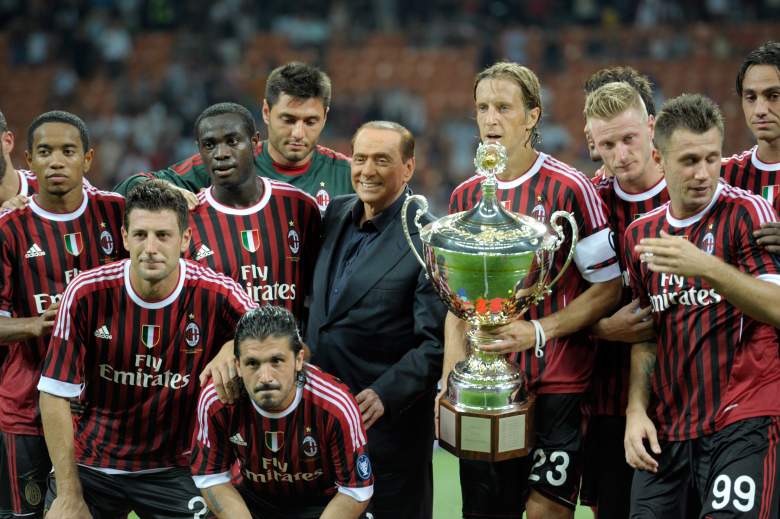 AC Milan is known as one of the most prominent soccer clubs in the world, and a longstanding symbol of Berlusconi’s success.

On Feb. 20, 1986, Berlusconi acquired AC Milan and saved the it from bankruptcy. The club, which struggled before his arrival, saw a new era of success after his significant investment.

On May 23, 2007, they captured a seventh European triumph. Since then, however, things have gone downhill for Berlusconi and Milan.

In May 2016, it was reported that Berlusconi agreed for his Fininvest holding company to enter exclusive talks with a group of Chinese investors to sell AC Milan.

This came shocking to some, since Berlusconi holds the club in such high regard, often calling it “my Milan.”

In the 30 years he has owned the club, A.C. Milan has won 28 trophies, including five European championships and eight Italian ones.

Berlusconi’s Ferretti Custom Line 124′ superyacht costs 18 million euros and stands at 121 feet. There are six cabins that can host 12 guests and there is also space for a crew of 22.

He also owns a Morning Glory. The 148-foot Perini Navi sailing superyacht was built in 1993. Berlusconi reportedly purchased the yacht from Rupert Murdoch.

The large vessel can accommodate at least 10 passengers with plenty of room to spare. The interior features wood paneling and a marble fireplace.

Private jets are another ultimate status symbol, and Berlusconi owns one of the most coveted ones: the Gulfstream V.

Other celebrities that own a Gulstream V include Harrison Ford, Mark Cuban and Jerry Seinfeld.

The Gulfstream V is one of the most luxurious and high performing jets powered by Rolls Royce engines, it can fly at a maximum altitude of 51,000 feet.

4. His Villa in Sardinia Is Worth an Estimated 500 million euros 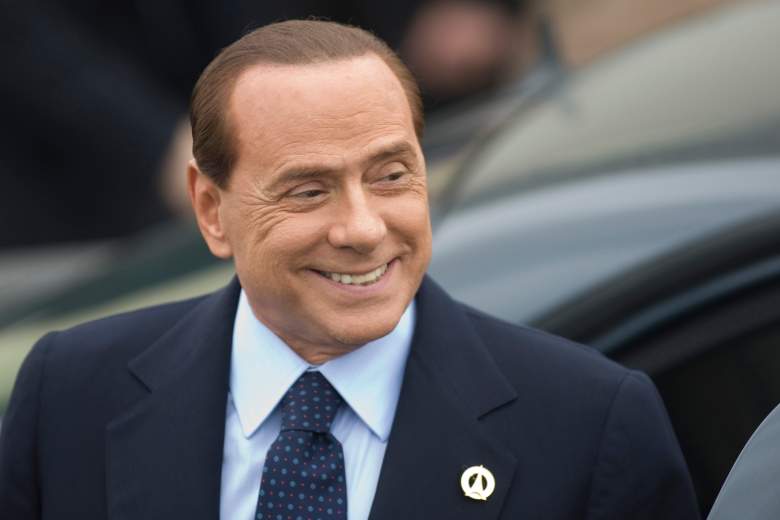 Silvio Berlusconi owns several properties, his most prized possession has been the Villa San Martino. (Getty)

Silvio Berlusconi has several properties, but his prime residence has been the Villa San Martino, near Milano.

The massive home is constructed around a courtyard, and features a tree lined drive.

The Daily Mail reported in August 2015, that Berlusconi was selling his 68-room Sardinian mansion to the Saudi royal family for a staggering 350 million euros.

5. He Has Been Accused of Embezzlement, Tax Fraud & False Accounting 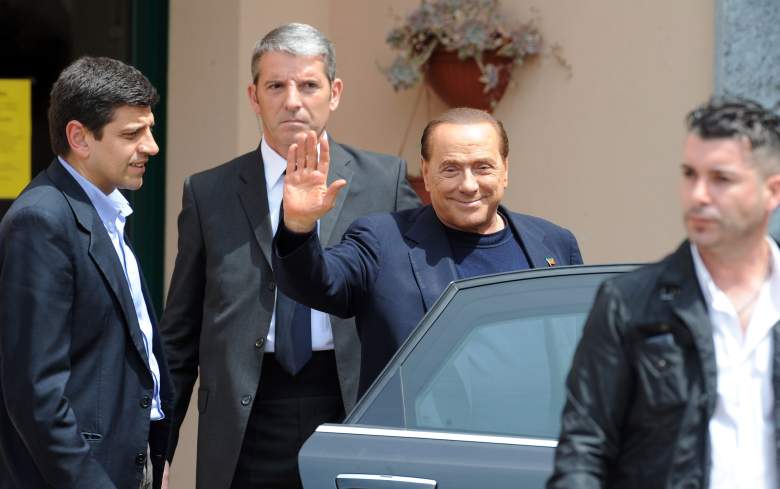 Silvio Berlusconi leaves the Fondazione Sacra Famiglia, as part of his community service sentence for tax fraud in 2014. (Getty)

Berlusconi came to politics later in his life, presenting himself as a populist, anti-establishment candidate who had proven himself in the private sector.

However, for years he was accused of corruption.

He was found guilty in October 2012 of tax fraud in connection with the purchase of TV rights by his firm, Mediaset, in the 1990s.

The court heard that he and other executives had bought TV rights at inflated prices via two offshore companies in order to avoid paying taxes in Italy, according to reports by BBC.

In February 2014, a new trial opened against Berlusconi in Naples, in which he is accused of paying a bribe of 3 million euros to a senator in 2006 to switch to his party to undermine the government at the time.

According to BBC, he estimated in 2009 that he had spent more than $200 million in legal fees. 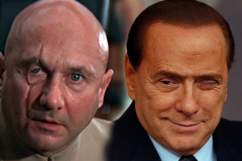 Loading more stories
wpDiscuz
1
0
Would love your thoughts, please comment.x
()
x
| Reply
Silvio Berlusconi is the former Prime Minister of Italy, a media tycoon, and the owner of the AC Milan soccer team. How much is his net worth? We explore his wealth.