Authorities suspect Akhmed Chatayev, a Chechen once given asylum in Europe and acquitted in another attack in Georgia, may have masterminded the coordinated terrorist attacks on the Istanbul airport. His name is sometimes given as Ahmed or Chataev, and several media sites say he previously avoided extradition to Russia after Amnesty International advocated on his behalf. Georgia’s former president says he was treated as a political prisoner in that country.

CNN reports that Rep. Michael McCaul, chairman of the U.S. House Committee on Homeland Security, told the news site that it’s suspected Chatayev “directed the three suicide bombers” who slew 44 and injured more than 230 people in the attack on the Istanbul airport. Turkish media made the same claim, using a nickname for Chatayev, the BBC says. The suicide bombers opened fire with rifles before exploding suicide bombs, says the Voice of America. The Voice of America says it was the Turkish pro-government newspaper, Yeni Safak, that identified Chatayev as the possible mastermind of the Istanbul attack.

The U.S. government had previously suspected Chatayev of planning terrorist attacks against Turkish and American interests, although he was given asylum in Austria years ago. NSNBC International reported on July 1 that Turkish authorities had arrested Chatayev, but CNN said his whereabouts were still unknown.

1. Akhmed Chatayev Has Only 1 Arm

According to the International Business Times, Chatayev has claimed that his arm was chopped off in prison. Other sites have said Chatayev lost the arm while fighting in the Second Chechen War, but it was this claim of torture that may have assisted him in avoiding extradition to Russia before the Istanbul airport attack.

2. Chatayev Was Granted Asylum by Austria & Had an Austrian Passport

According to Radio Free Europe, Chatayev was previously granted asylum by Austria. The Voice of America reports that, Chatayev became an Austrian citizen in 2003, two years after he left Russia and applied for asylum there, and had an Austrian passport that “allowed him to travel freely in Europe and elsewhere.”

The International Business Times also reports that Chatayev was granted Austrian asylum after fleeing Russia 12 years ago. Austria this April passed tough new asylum laws allowing migrants to be rejected at the border, says the BBC.

3. Chatayev Avoided Extradition Back to Russia 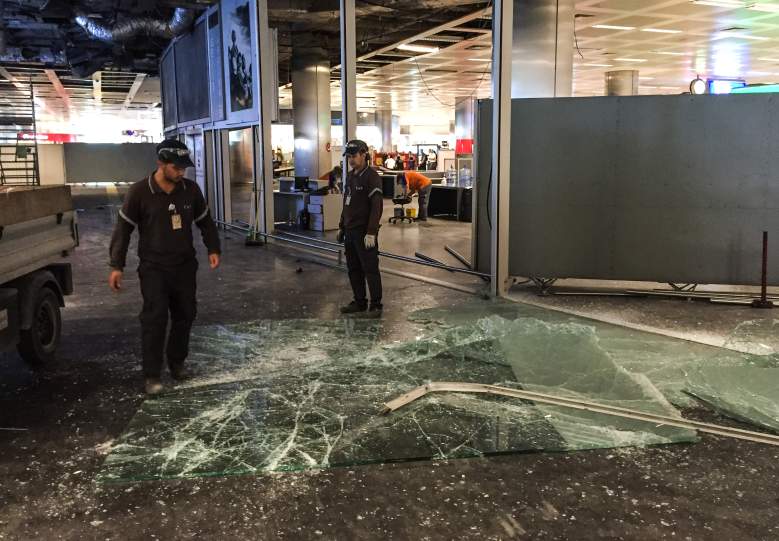 The European Union advised against extradition back to Russia, reports RT Question More.

Citing translations of Russian newspapers, the site reported that Chatayev was detained in Sweden in 2008, where police found “Kalashnikov assault rifles, explosives and ammunition in his car. As a result, he spent more than a year in Swedish prison.” The site says that he was then arrested in 2010 in Ukraine with “his mobile phone files containing a demolition technique instruction and photos of people killed in a blast” but the European Court for Human Rights opposed the extradition, with Amnesty International also speaking out against it.

The Amnesty International press release uses a slightly different spelling of the name — Ahmed Chataev — but refers to the man as physically disabled, when arguing that his return to Russia could mean the risk of torture.

NSNBC International reported that Chatayev spent a year in a Swedish prison and that Ukraine would not extradite him. The news site says the European Court of Human Rights has advisory status and “ruled against the extradition of Chataev, claiming that he could risk an unfair trial and that he would be at risk of torture and ill-treatment.” In 2011, Chatayev avoided extradition again, says the site. The Voice of America puts it this way, “In 2010, he was arrested in Ukraine at the request of Russia’s security services but later released. In 2011, he was arrested on the Bulgaria-Turkey border. He appealed the arrest and a court ordered his release under Geneva Refugee Convention.”

4. The Suspected Chechen Ringleader Is Accused of Training Russian-Speaking Militants & the U.S. Had Designated Him a Terrorist 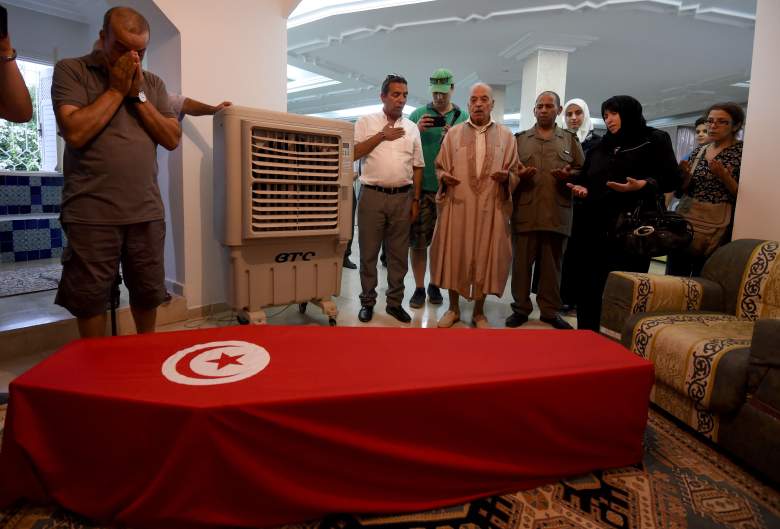 Relatives of Tunisian doctor Fathi Bayoudh, who was killed in the Istanbul airport attack, pray over his coffin.(Getty)

McCaul told CNN Chatayev was “probably the No. 1 enemy in the Northern Caucus region of Russia.” The Voice of America says Turkish media identified one of the bombers as also being from Chechnya.

The BBC says Chatayev was already on a United States counter-terrorism sanctions list. In a 2015 press release, the U.S. Department of the Treasury named Akhmed Chatayev as a terrorist, saying, “As of mid-2015, Chatayev was a member of ISIL and was part of a group of militants that was planning attacks against U.S. and Turkish facilities.”

The Treasury Department said that Chatayev posted a video online, greeting militants who, in December 2012, “pledged allegiance to ISIL and its leader, Abu Bakr al-Baghdadi.” In the video, the U.S. government says, Chatayev calls for more militants to also pledge allegiance to ISIS.

5. Chatayev Was Cleared in a Previous Attack & Georgia’s Former President Says He Was Treated as a Political Prisoner

Chatayev was arrested in Georgia in 2012 in the Lopota Gorge incident, a conflict between armed Islamist Chechen militants and Georgian security forces, says Radio Free Europe. However, he was acquitted a year later despite being “named by the Georgian Foreign Ministry as a member of the armed group that clashed with Georgian special forces in August 2012.” Fourteen people died in the incident, including three Georgian special forces and 11 members of the armed group.

Radio Free Europe says Chatayev was tried for illegal weapons possession and for purchasing and carrying an explosive device, but his lawyers said he’d only gone to Lopota Gorge to help with negotiations.

Former President of Georgia Mikheil Saakashvili wrote on his Facebook page that he opposed Chatayev’s release by the new Georgian government but was overruled. He said Chatayev was treated as a “political prisoner” by many government leaders.

Loading more stories
wpDiscuz
9
0
Would love your thoughts, please comment.x
()
x
| Reply
Did Austria grant suspected Istanbul terror mastermind Akhmed Chatayev asylum and how did he avoid extradition to Russia? Was he treated as a political prisoner?