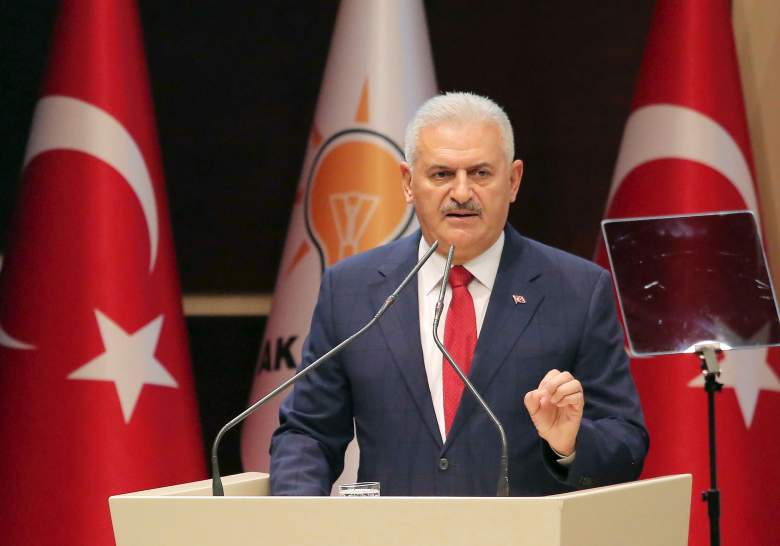 Binali Yildirim, the leader of the Justice and Development Party (AKP), is the Prime Minister of Turkey (Getty)

Binali Yildirim, 61, is the prime minister of Turkey and the leader of the Justice and Development Party. He has been very close to President Recep Tayyip Erdogan for two decades and was only elected prime minister in May. On July 15, Yildirim said there was a military coup, with bridges in Istanbul shut down and the military moving in. Yildirim insisted that the elected government is still in charge. By the morning of July 16, the coup had failed to take over the government and over 2,800 military personnel were arrested.

Here’s what we know so far about the coup attempt and a look at Yildirim’s tenure as prime minister.

1. Yildirim First Insisted That the Elected Government was Still in Charge 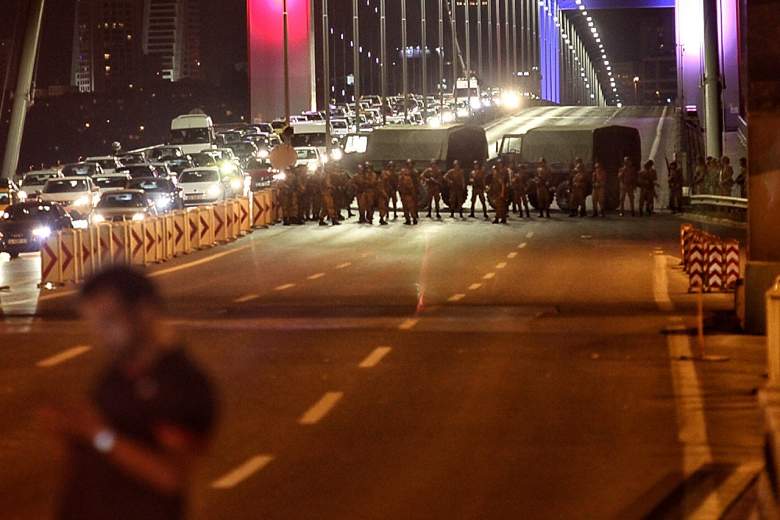 The military is blocking access to the Bosphorus Bridge, which connects the Bosphorus strait, therefore, connecting Europe and Asia. (Getty)

After the coup attempt began, Yildirim took to the private channel NTV to say that the government was still in power and he called in security forces to “do what is necessary,” Reuters reports.

“Some people illegally undertook an illegal action outside of the chain of command,” Yildirim said. “The government elected by the people remains in charge. This government will only go when the people say so.”

However, the military already told Turkish news outlets that it took power. According to The New York Times, the statement reads:

Turkish armed forces seized the rule of the country completely with the aim of reinstalling the constitutional order, democracy, human rights and freedoms, to make rule of law pervade again, to re-establish the ruined public order. All the international agreements and promises are valid. We hope our good relations with all global countries goes on.

According to CNN, Yildirim also told the news agency Anadolu that the attempted coup is “an attempt against democracy and the will of the people.” He added, “Those who attempted this will pay the heaviest price.”

Erdogan then flew to Istanbul. Before he arrived, he issued a statement using his iPhone to call for citizens to “go to the streets” to oppose the coup.

By the morning, the coup had failed. The New York Times reports that Yildirim called the events a “stain in the history of democracy.” He said that 165 people died during the fighting and 1,440 people were wounded. Yildirim also confirmed that 2,839 military personnel were detained.

Erdogan blamed Fethullah Gulen, a Muslim cleric who now lives in Pennsylvania, for inspiring the coup. 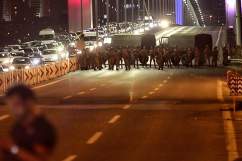 2. His Election was Seen as Helping Erdogan Gain Even More Power

Reports of an explosion at the TRT building in Ankara pic.twitter.com/rnT70UQthF

Erdogan has been in power since 2003, when he became prime minister. When he became president in 2014, he sought to take more political control, even though the presidency was a more ceremonial office and has sought to direct Turkey towards an Islamist government. On May 5, Ahmet Davutoglu stepped down after disagreements with Erdogan.

AKP unanimously picked Yildirim as leader of the party on May 22, the New York Times reported.

Yildirim is a graduate of the Istanbul Technical University’s School of Maritime and has had a close relationship with Erdogan since 1994, when Erdogan was mayor of Istanbul. While Erdogan was prime minister, Yildirim was in Parliament. He served as Minister of Transport from 2002 to 2011, and in 2011, he took the title Minister of Transport, Maritime and Communication. He held that position until he was elected Prime Minister.

Yildirim’s election was widely seen as a major step in clearing Erdogan’s path to changing the Turkish constitution to give the presidency more power.

“We have always proudly said that we are Recep Tayyip Erdogan’s companion, that we share a common fate and common passion. Mr. President, we promise that your passion will be our passion, your cause will be our cause, your path will be our path,” Yildirim said in May.

3. He Called for Better Relations With Syria 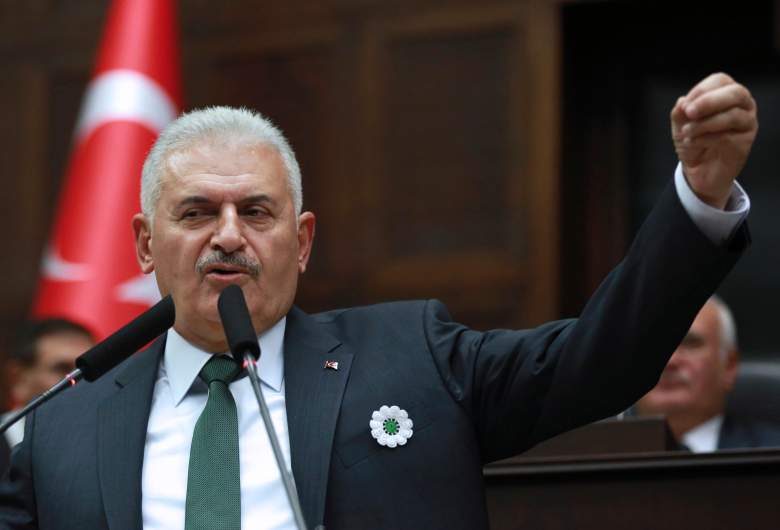 During a television interview earlier this week, Yildirim suggested that he was open to better relations with Syria, BBC News reports. Turkey cut off all ties to its neighbor in 2011, when the civil war to topple President Bashar al-Assad began.

That was a surprising reversal, since in December, Erdogan accused Assad of killing 400,000 innocent people.

The other comments also seemed at odds with Yildirim’s comments in a BBC HARDtalk interview, when he said that “things need to change” in Syria and that Assad “needs to change.” He also accused Assad of creating the environment that allowed the Islamic State to exist.

4. Turkey Wants Visa-Free Travel to the European Union in Exchange for the Migrant Deal 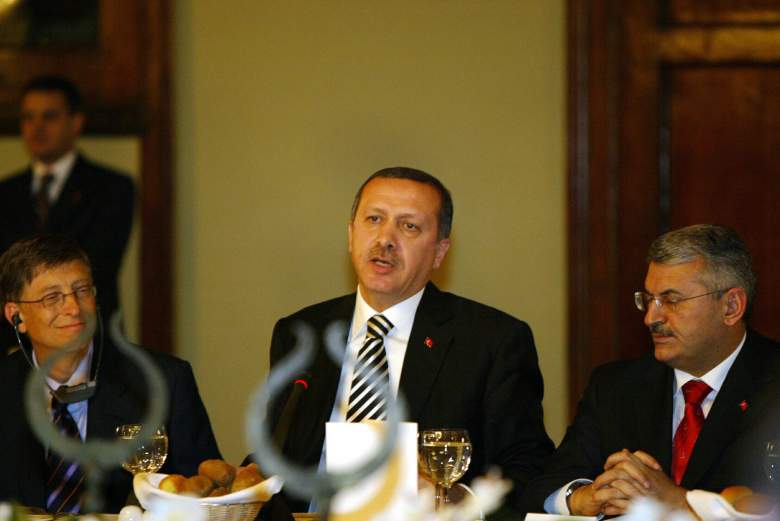 The European Union has been trying to strike a deal with Turkey to help curb the ongoing migrant crisis. Turkey, which has been a candidate to join the EU, wants the EU to allow its citizens to travel to member states without visas. The EU has wanted Turkey to agree to a list of criteria, including one on terrorism that Erdogan has refused to agree to.

After Yildirim’s election, his minister for EU affairs, Omer Celik, said that relations with the EU weren’t Turkey’s “only option” and said the EU had “double standards” when it came to terrorism, the Hurriyet Daily News reports.

“If that [visa exemption] does not happen … then no decision and no law in the framework of the readmission agreement will come out of the parliament of the Turkish Republic,” Erdogan also said at the World Humanitarian Summit in Istanbul. Foreign Minister Mevlüt Çavuşoğlu also said that Ankara wasn’t “bluffing” when saying the government would suspend other agreements with the EU.

5. He Wants NATO to Take a Larger Role in Middle East Unrest 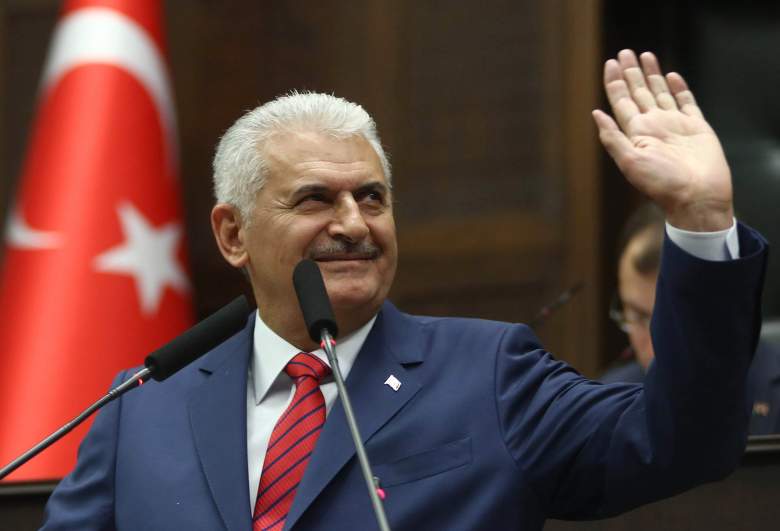 Turkey remains the only NATO country in the Middle East and during a parliamentary meeting on July 12, he said that NATO must take a larger role in the security of cities in the Middle East. Erdogan made similar comments during the NATO summit in Warsaw.

“If NATO does not hold its responsibility today, it should comprehend that much bigger problems await Europe,” Yildirim said, reports the Hurriyet Daily News. 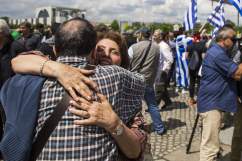 Read More
Politics, Turkey
Binali Yildirim, the Prime Minister of Turkey, announced on July 15 that there has been a military coup attempt in Ankara. Here's a look at Yildirim's tenure as prime minister.