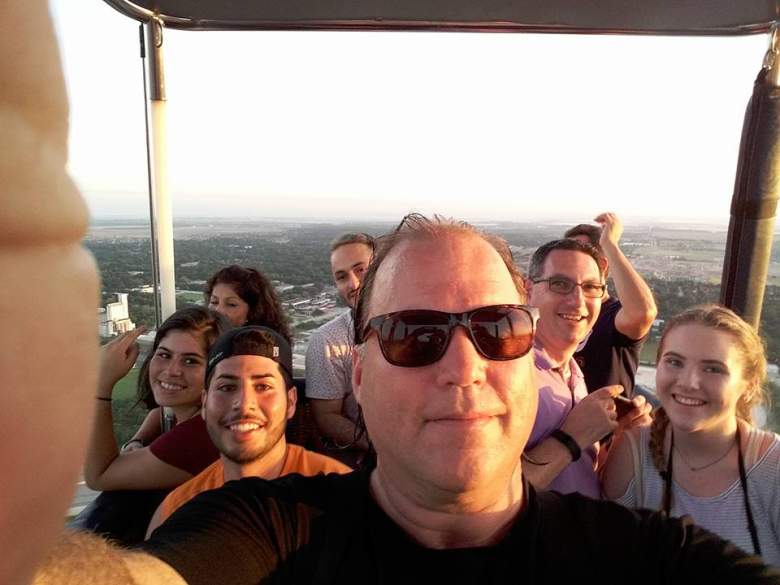 An eyewitness told The Austin American-Statesman that the balloon might have hit power lines, causing the basket to burst into flames, and the tragedy comes after the Federal Aviation Administration rejected calls for greater safety regulation of hot air balloons. CNN is reporting that power lines are being considered the possible cause, although the investigation is in the preliminary stages.

The pilot was identified as Skip Nichols, the chief pilot for the balloon company and a balloon enthusiast by Austin news reports and by his former girlfriend. On his Facebook page, Nichols regularly posted pictures of himself flying hot air balloons. The Austin newspaper says that Nichols was also the company’s owner. His past has now come under scrutiny, including previous drunk driving convictions and a lawsuit over a crash landing. 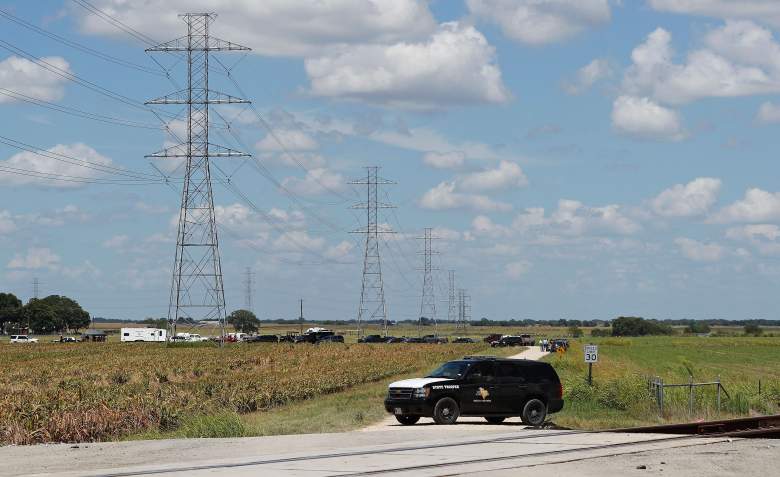 Authorities investigate the site of a hot air balloon accident in Maxwell, Texas on July 30, 2016.
Up to 16 people are feared dead after a large hot air balloon caught fire and crashed in central Texas on Saturday, officials said. (Getty)

The Federal Aviation Administration is investigating the July 30 early morning crash. The balloon ended up crashing into a pasture, and authorities are still working to identify the other victims, said The Associated Press. The official reason the balloon crashed is also still under investigation. Both the FAA and the National Transportation Safety Board were going to the scene.

1. The Pilot, Nichols, Frequently Posted Photos & Videos on Facebook of Balloon Rides But Was a Convicted Drunk Driver 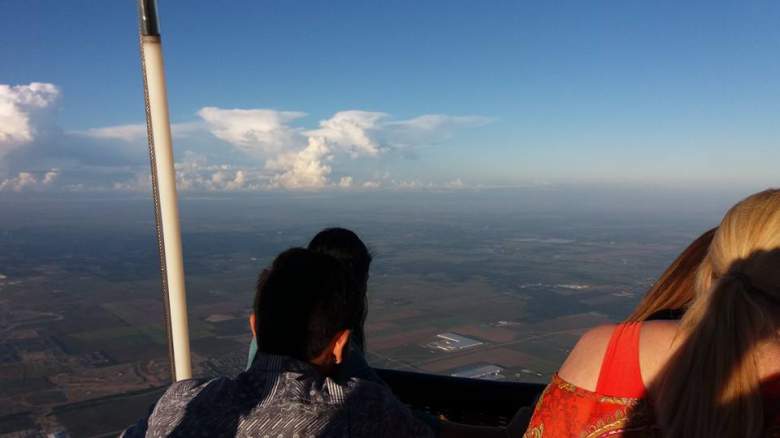 Nichols, the balloon pilot, was a balloon enthusiast who posted many photos and videos of himself in hot air balloons. A friend and former girlfriend of Nichols, Wendy Bartch, described Nichols in an interview with Heavy as a free-spirited man who loved rescue dogs, had been piloting balloons for years, and was extremely safety conscious.

However, Fox News said that Nichols was convicted four times of drunk driving, the last time in 2010. He also spent time in prison for a drug crime and was sued by a woman who claimed she was injured during a balloon crash landing. His balloon company had also received customer complaints, said Fox, quoting a former girlfriend as saying that Nichols was sober for years, was a recovering alcoholic, and didn’t fly balloons while drinking. 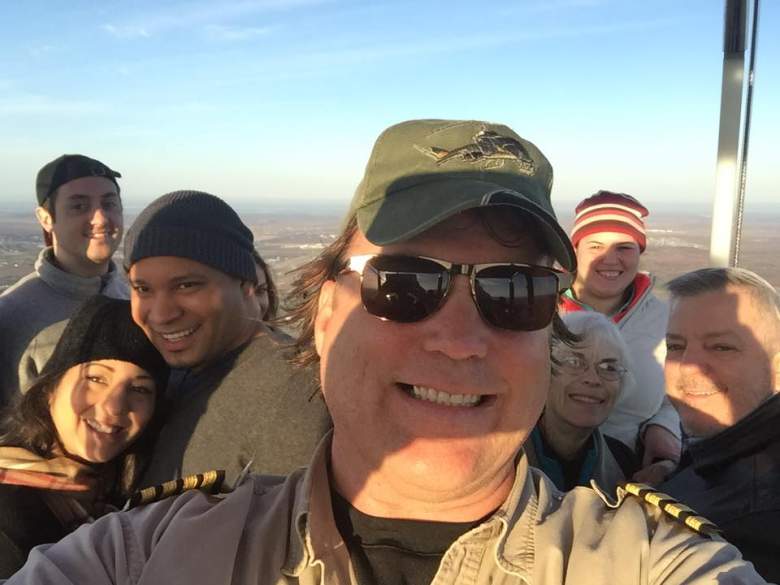 “Skip, he was just a great guy,” Bartch, who was still in touch with Nichols and had crewed for him on hot air balloon rides, told Heavy. “He was a hippie. He loved people, he loved the earth, he loved what he did, he just loved. He was optimistic. Everything turned good for him, in his mind.” She said he had earlier flown balloons in the St. Louis, Missouri area.

The balloon company was initially identified as “Heart of Texas Hot Air Balloon Rides,” in an ABC 13 story but some news sites say officials are not officially releasing the involved company’s name.

However, The Austin American-Statesman newspaper quotes a National Transportation Safety Board official as saying “it appears the balloon in the crash was operated by Heart of Texas Hot Air Balloon rides, which is based in New Braunfels.” The Better Business Bureau had given the balloon company a “D+” rating based in part on a single customer complaint.

“Good morning Texas,” says one caption on a photo of a previous balloon ride posted by Nichols on Facebook. Nichols frequently posted pictures from inside the basket during balloon rides. Nichols was a positive person who was optimistic even during tough times, said Bartch. The balloon he was piloting had a smiley face on the side, according to aerial footage, said BBC.

According to CNN, the hot air balloon caught fire before it crashed into a field. The area is mostly farmland, with corn crops, says ABC 13 in Houston. A Fox 7 reporter said from the scene that he had learned the balloon was 26 minutes into an hour ride when it crashed:

Hot air balloons rise and lower by increasing the size of the flame, and the pilot controls the flame, said CNN. The Austin American-Statesman says authorities have recovered 14 personal electronic devices, such as cell phones, and are analyzing them to piece together what happened. 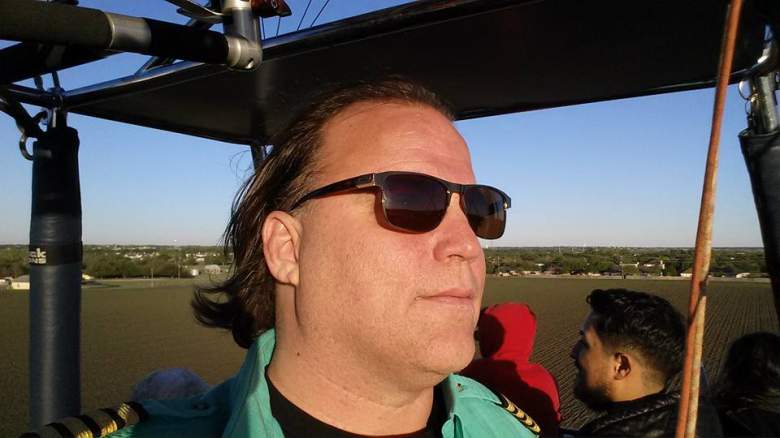 An aviation attorney told CNN that the balloon crash would be investigated like any other aviation accident. The pilot’s qualifications will be investigated, he said, as will the balloon itself, its burner unit, and the pre-flight planning, the attorney said to CNN. Pilots of hot air balloons need certification, said CNN. 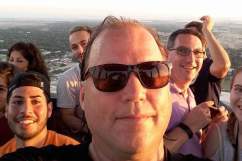 2. The Fire Might Have Broken Out in the Balloon’s Basket & Power Lines May Be the Cause

The crash happened around 7:40 a.m. There could be a situation where a balloon would run into weather conditions or hit a power line, said the CNN expert. However, the Texas balloon’s debris is right below high voltage power lines, said USA Today. CNN now says that two sources told the network “the balloon may have struck power lines.”

CNN also quoted Caldwell County Judge Ken Schawe as saying that information “on cause is very limited but that it appears the balloon collided with a power line before catching fire and crashing to the ground.” On the Sunday after the crash, CNN reported that an NTSB spokesman had said that “part of the hot air balloon that crashed in Texas hit power lines when it went down.”

Texas officials gave press conferences from the scene, confirming that 16 were dead, with no survivors.

Troy Bradley, a hot air balloon pilot from another state, told the Austin American-Statesman that the balloon was flying in a common area for hot air balloons. He said it was possible “that power lines struck the balloon basket and perhaps ignited fuel.”

The fire might have broken out in the balloon’s basket, CBS said.

3. An Eye Witness Saw the Balloon on Fire & Those Who Died Include Newlyweds 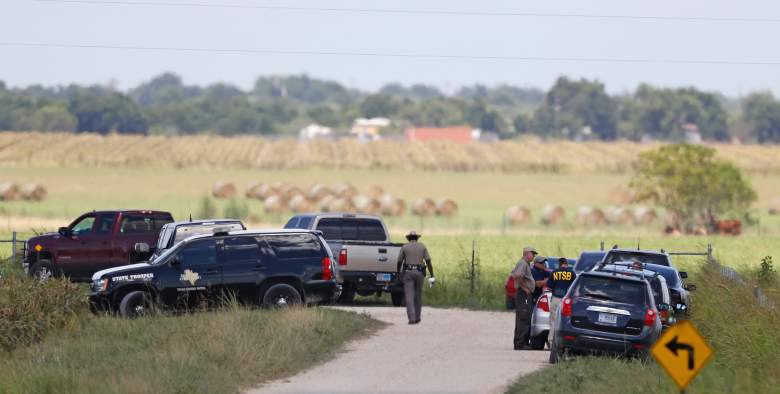 Authorities investigate the site of a hot air balloon accident in Maxwell, Texas on July 30, 2016.
Up to 16 people are feared dead after a large hot air balloon caught fire and crashed in central Texas on Saturday, officials said. The accident took place shortly after 7:40 am (1240 GMT), when the balloon crashed into a field near Lockhart, around 30 miles (50 kilometres) south of Austin.
(Getty)

Margaret Wylie, who lives near the scene of the balloon crash, told the Austin American-Statesman newspaper that “she heard a pop outside her home and went out to the porch, where she heard another pop. She said she then heard a ‘whooshing noise and saw a fireball go up as high as the lowest power line.'” The eyewitness said the weather was clear at the time of the crash and she often sees hot air balloons flying in the area, said The LA Times.

This lady was nearby and explains what she saw when the hot air balloon crashed. https://t.co/kkqz9zJLca pic.twitter.com/5MmpMfTSQj

The sheriff told Texas media that no one in the hot air balloon survived, USA Today said. Texas Gov. Greg Abbott asked in a statement for “all of Texas to join us in praying for those lost,” The Star-Telegram said.

“The balloon was occupied and it does not appear at this time that there were any survivors of the crash,” Caldwell County Sheriff Daniel Law said in a statement, as reported by NBC News. “Investigators are determining the number and the identities of victims at this time.” Nichols’ name was the first victim name released in the crash. The Eagle newspaper said that Matt and Sunday Rowan were also on board the balloon, according to friends of the couple.

The Rowans lived in San Antonio; Matt Rowan was chief over clinical trials for burns and trauma at Brooke Army Institute of Surgical Research, said The Eagle. His wife worked at Crazy 8 in San Antonio, said The Eagle. People Magazine said the couple married six months ago, and the balloon ride was a birthday gift from Sunday to Matt. 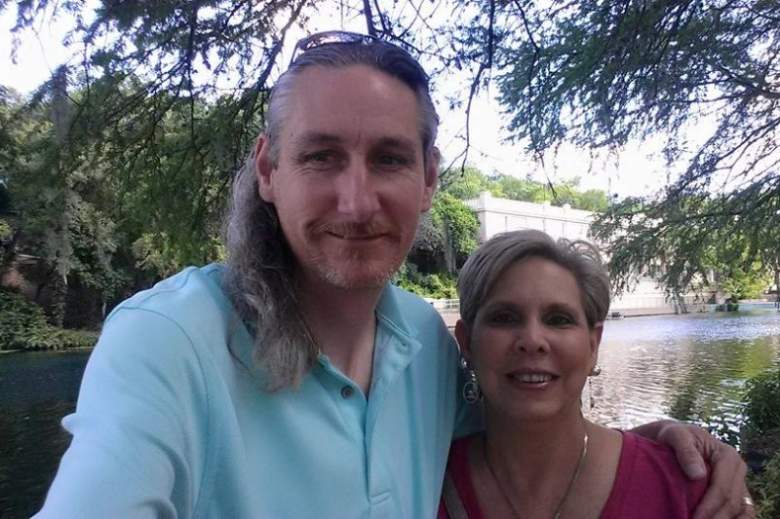 CNN identified two other victims as Joe and Tresa Shafer Owens. The passengers met at Walmart at 5:45 a.m., but the launch was delayed for unknown reasons, said CNN. A Go Fund Me site established to help pay the couple’s funeral expenses says the couple had children and grandchildren and added: “Joe worked hard tp provide for his family and was always willing to lend an extra hand to anyone in need. Tresa had a long time career at TigerLand Preschool and made an amazing difference in the lives of the hundreds of children she cared for, their families and also her co-workers and friends.”

4. 911 Callers Initially Thought There Had Been a Traffic Crash & Video Shows The Balloon Flying Shortly Before it Crashed

KXAN reports that the first 911 callers “initially reported a vehicle crash on Jolly Road near Cistern Road, near the town of Maxwell, but when they arrived they determined it was the basket portion of the hot air balloon.”

People on social media were circulating unverified photos of balloons on fire, but some of them appeared to be different balloons, and one appears to be a picture of a previous balloon crash in Virginia. The Associated Press did post video from the scene of the Texas balloon crash (above). However, ABC is now running video it says is the balloon shortly before it crashed:

Wylie was one of those first 911 callers. She told the Austin newspaper that she “believed the balloon collapsed when it hit the power lines and that the basket caught fire when it hit the ground.” The Los Angeles Times says that national safety officials are involved and quoted one of them as saying that the National Transportation Safety Board “has deemed it a major accident and a full-bore investigation will begin Sunday when more federal officials arrive.”

Compounding identification of victims, authorities said that hot air balloons are not necessarily like airplanes “which would have a list of names,” said The Los Angeles Times.

5. Sixteen People Have Died in Hot Air Balloon Accidents in Recent Years & The Texas Crash Comes After Calls For More Oversight of the Industry

From 2002-2012, 16 people in the United States died in hot air balloon accidents, according to KXAN.

“The FAA rejected those recommendations,” The AP added. FAA administrator Michael Huerta responded that the risks were too low to warrant more regulations, said the AP, quoting Huerta as saying, “Since the amount of ballooning is so low, the FAA believes the risk posed to all pilots and participants is also low given that ballooners understand the risks and general hazards associated with this activity.”

Loading more stories
wpDiscuz
8
0
Would love your thoughts, please comment.x
()
x
| Reply
A hot air balloon in Texas has crashed, killing all 16 people on board. The pilot has been identified as Skip Nichols.