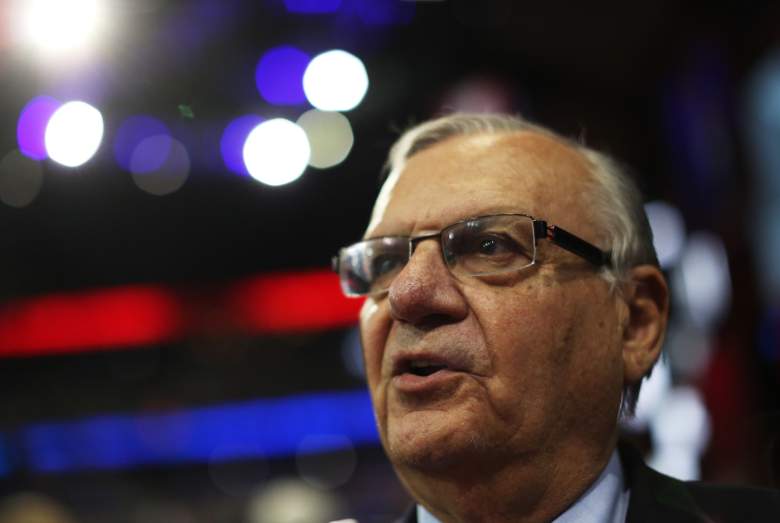 Some are calling it a publicity stunt, but controversial Arizona sheriff Joe Arpaio has a knack for timing. On July 4, Arpaio says he’s dressing inmates up in the stars and stripes, reports Raw Story. Arpaio announced the move in a news release.

Arpaio is the outspoken sheriff known for his hard-line stances on immigration and controversially tough rules for inmates who land in his jail in Maricopa County, Arizona.

But putting inmates in American flag uniforms is something new. In the news release, Arpaio called them “flag-emblazoned.”

1. More Than 8,000 Inmates Will Have to Wear the Patriotic Gear

Arpaio runs jails that house more than 8,000 prisoners, and they’re all going to be wearing the patriotic uniforms, Raw Story says. Arpaio has not released the cost total for the flag uniforms.

In a statement, the sheriff’s office said,

Sheriff Arpaio ordered the new look out of respect for our nation’s heritage and with the aspiration of adding the respect each wearer will hold for themselves.

Arpaio has Tweeted about his excitement over the new uniforms.

Looking forward to the debut of the new inmate uniforms which will now display the flag of our great nation! https://t.co/xfgNiZ3jwG

2. Inmates Will Start Wearing the Flag on Independence Day

Arpaio is timing the unveiling of the new uniforms for July 4, American Independence Day. The Arizona Republic reports that Arpaio will distribute the uniforms on Monday, July 4. The public will get a first glimpse of what they look like at that time.

The new flag uniforms will be rolled out at noon on Independence Day, says ABC 15 TV in Arizona. Arpaio’s news release says the unveiling will occur at “high noon.”

According to the Arizona Republic, military veterans who are incarcerated in Arpaio’s jail will help pass out the flag uniforms to other inmates.

In addition, the sheriff’s office said that a detention officer who is taking a naturalization oath Monday will help. Omar Al Mawashi passed a test to become an American citizen in May, the newspaper says. Arpaio’s news release says Al Mawashi is from Iraq.

It seems that the sheriff has made a practice out of making statements with inmate clothing. He’s also known for a tent city that has subjected inmates to extreme temperatures, leading some to raise concerns about the inmates’ conditions.

A federal appeals court struck down the pink underwear mandate for inmates, saying that it resulted in punishment without legal justification, according to the Arizona Republic.

5. Arpaio Is a Military Veteran

Be safe this holiday wknd I will be at Tents 4th of July issuing new inmate uniforms w American flags obey the laws and don't come to jail.

There’s no explanation for the pink, but Arpaio’s military past might help explain how he came up with the idea of the flag uniforms. The sheriff is himself a military veteran, Arizona TV says. Arpaio’s news release says he is a U.S. Army veteran who joined the service when the Korean War broke out.

“Every inmate is going to wear an American flag on their uniform,” the sheriff told a conservative radio host, according to Wonkette.

In his news release, Arpaio said that inmates from all origins will have to wear the American flag uniform.