A long-standing tradition at Texas A&M, the Aggie Bonfire was built and burned as part of the school’s rivalry with the University of Texas at Austin. Over the years, the stack grew in size, and in 1999, it was so large that it collapsed during its construction, killing 12 people (eleven current students and one former student) and injuring 27 others. Tonight, on the finale of ABC News’ 20/20,  multiple witnesses and victims involved in the tragedy will discuss what happened in those early morning hours of November 18, and how their lives were forever changed by the event.

Read on to learn more about the infamous “Aggie Bonfire” collapse of 1999.

1. Twelve Students Were Killed During the Collapse 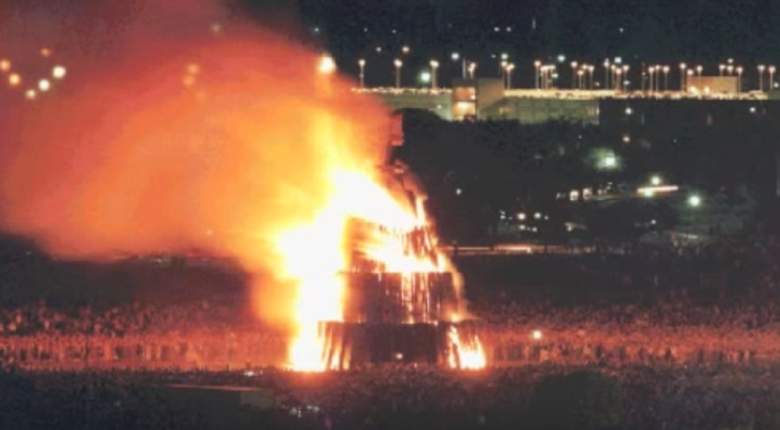 The first Aggie Bonfire was burned on November 18, 1907. (Youtube/Screenshot)

On November 18, 1999, at 2:42 am, the Aggie bonfire collapsed, killing 12 students and injuring 27 others. The stack was 59-feet high, and made up of about 5,000 logs. 58 students were working on assembling the fourth tier at the time, and over half of them were either injured or killed by its crash. The student-run first-responder service was the first to arrive at the site, and they administered first aid to as many students as possible. After the University Police were notified of the events, they requested aid from the state, and Texas’s elite emergency response team, Texas Task Force 1, arrived to assist. According to the USFA’s official report, the first person to call 911 reported that about thirty people were trapped under the logs after they came tumbling down. The report added, “The first firefighters to arrive at the incident were confronted with a scene eerily reminiscent of the children’s game of pick-up-sticks.”

Over 3,200 individuals worked together for nearly 24 hours to assist in the rescue, which was divided into three phrases according to the USFA. The first phase involved transporting as many victims as possible to the hospital; the second, extracting victims who were trapped in the stack. And the final phase involved removing the bodies of the deceased and “completely dismantling the bonfire stack.”

2. The Bonfire Is Held Off-Campus Today 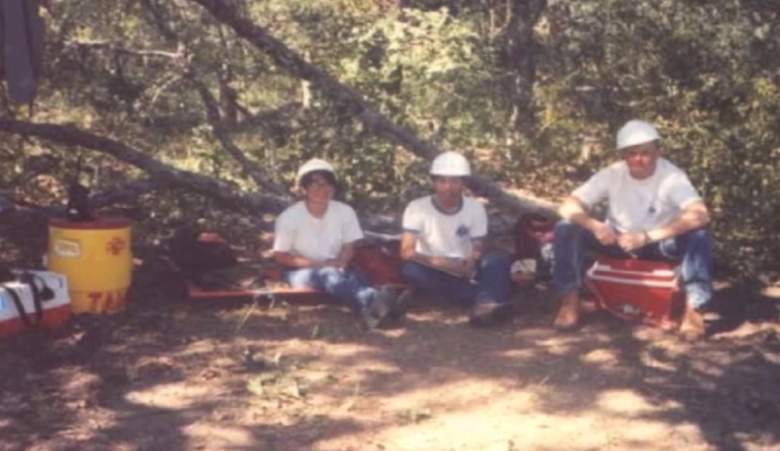 The Aggie Bonfire is a long-standing tradition thats part of the schools rivalry with University of Texas at Austin. (Youtube/Screenshot)

After the bonfire collapsed, Texas A&M declared a hiatus on the tradition; in the wake of the tragedy, the entire school was shaken and mourning the loss of friends and fellow students. However, since 2002, an unsanctioned, off-campus “Student Bonfire” has been constructed by students in honor of the original bonfire. 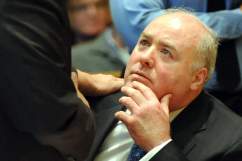 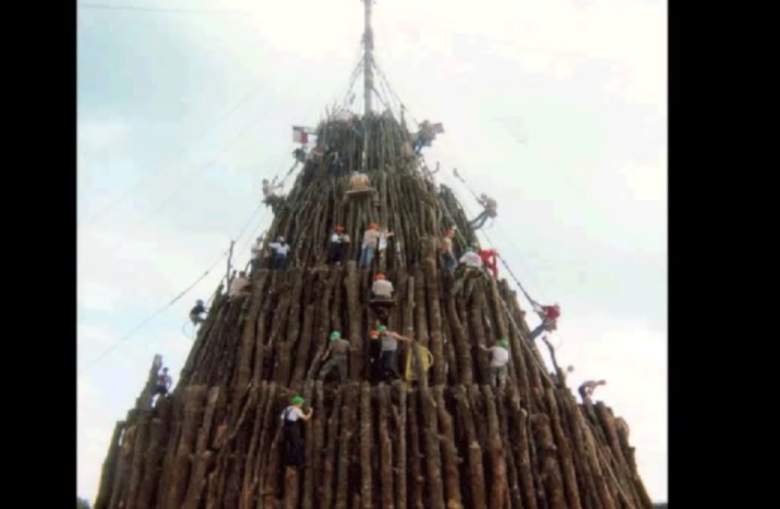 In 1999, the bonfire collapse killed twelve people, eleven of whom were current students. (Youtube/Screenshot)

The first Aggie bonfire was burned in 1907 to congratulate the school’s football team on their recent win. Then, in 1909, the bonfire was moved to be on-campus. It took a decade before the event revolved narrowly around the annual rivalry game between Texas A&M and the University of Texas. Traditionally, freshman were expected to build the bonfire to “prove their worth”.

Each year, the bonfire lighting attracted between 30,000 and 70,000 observers– who came together to honor the rivalry between the two schools. The Texas A&M website writes, the bonfire “…became a symbol of the deep and unique camaraderie that is the Aggie Spirit.”

During the lighting ceremony, students would play “The Spirit of the Aggieland” by the school band, and a reading of “The Last Corps Trip” poem. Why was burned in the first place, though? Well, “…Aggie lore has it that if the Bonfire stood until after midnight, they would win the game.”

5. There Are Two Times the Bonfire Has Not Burned

The first time the bonfire did not burn was in 1963, in honor of the assassination of President John F. Kennedy. It was built, but torn down in tribute to the late president. Texas A&M Head Yell Leader Mike Marlowe said, “It is the most we have and the least we can give.” The second time the bonfire was not lit was in November 18 of 1999, when it collapsed and killed twelve students.