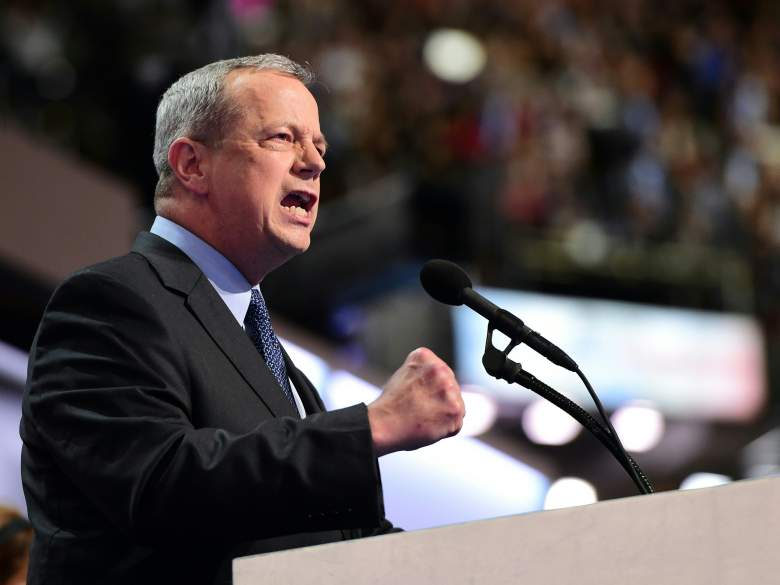 Gen. John Allen (Ret.), who was introduced as the four-star general who “knows more about ISIS than anyone,” spoke at the 2016 Democratic National Convention in Philadelphia. Marching out to snare drums beating, some convention attendees began chanting “No more war” while Hillary Clinton supporters tried to drown them out by yelling “Hill-a-ry.”

Allen, who was under investigation by the defense department, painted a picture of what America would look like with Clinton as Commander-in-Chief and how to battle its enemies. Allen was, at times, fierce and aggressive while the crowd waved flags and chanted “U-S-A.”

Allen is scheduled to be on ABC’s “This Week” on Sunday.