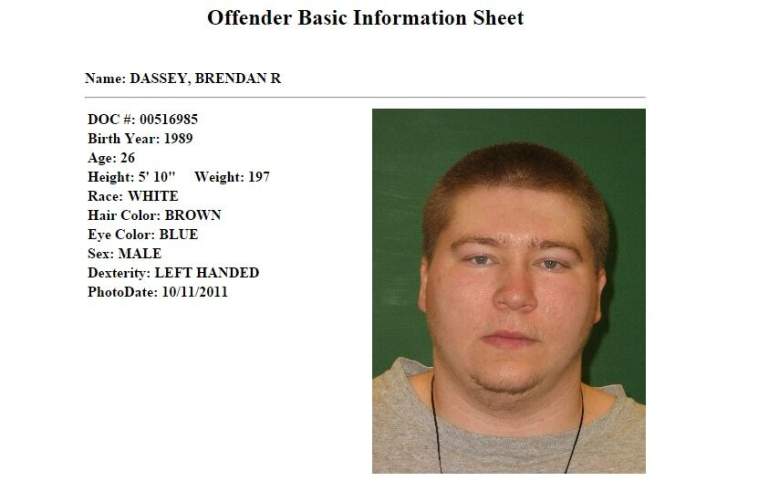 A federal magistrate judge has overturned the conviction of Steven Avery’s nephew Brendan Dassey after finding his confessions in the Teresa Halbach murder case were “involuntary” because of his cognitive disabilities and investigators’ interrogation techniques.

In his 91-page decision, the magistrate judge, William Duffin, found that the “investigators’ actions amounted to deceptive interrogation tactics that overbore Dassey’s free will.”

The judge granted Dassey’s petition for a writ of habeas corpus and ordered that Dassey be released from custody unless, within 90 days, the state initiates proceedings to retry him.

The Wisconsin case – in the murder of the 25-year-old photographer Halbach – caused international outrage after it was depicted in the online Netflix docuseries, Making a Murderer.

Dassey, who was 16 at the time of the homicide, was convicted along with Avery, his uncle, in the 2005 murder of Halbach, who disappeared after taking pictures for an auto magazine at the Avery family junkyard in Manitowoc County, Wisconsin.

The federal magistrate judge, William Duffin, in overturning the Dassey conviction, called Dassey’s lawyer, Len Kachinsky’s “misconduct” in defending Dassey “indefensible,” said WISN. However, the judge did not rest his decision on that, but rather on “promises” two law enforcement interrogators made to Dassey, as well as his age and “intellectual deficits.”

“Especially when the investigators’ promises, assurances, and threats of negative consequences are assessed in conjunction with Dassey’s age, intellectual deficits, lack of experience in dealing with the police, the absence of a parent, and other relevant personal characteristics, the free will of a reasonable person in Dassey’s position would have been overborne,” wrote Duffin.

Calumet County Sheriff’s Investigator Mark Wiegert and Wisconsin Department of Justice Special Agent Tom Fassbender had interrogated Dassey, a juvenile, without a parent or lawyer present, the court decision says. They had taken over the lead in the case from Manitowoc County, where Halbach disappeared, because that county was involved in Avery’s previous wrongful conviction case for a sexual assault he did not commit. Read a transcript of Dassey’s “confession” here.

Although the Netflix series focused mostly on Avery – who served years in prison for the previous wrongful conviction – it also heavily showcased the conviction of Dassey, raising questions about whether he had cognitive disability and was taken advantage of by investigators. Avery is in state prison serving a life prison term; the Aug. 12 decision only involves Dassey, who was tried separately.

1. Dassey Confessed On Videotape in The Halbach Murder But The Judge Says Investigators ‘Exploited’ Him During Their Interrogations

Dassey was sentenced in 2007 to a life prison term with parole eligibility in 41 years; the state has 90 days to appeal the judge’s decision overturning the conviction, says WISN.

But the judge found that case law holds that marginal cases where “it appears the officer or agent has attempted to take advantage of the suspect’s youth or mental shortcomings” could “tip the balance against admission.”

Concluded the judge, “Not only did Dassey not have the benefit of an adult present to look out for his interests, the investigators exploited the absence of such an adult by repeatedly suggesting that they were looking out for his interests” by saying things like “I wanna assure you that Mark and I both are in your corner, we’re on your side…”

2. The Judge Said Dassey’s Low Intellectual Abilities Factored Into His Decision & Kachinsky Lost His Certification When He Allowed Detectives to Interview Dassey Without a Lawyer

In the decision, the judge cited Dassey’s cognitive abilities in overturning the conviction; Dassey’s mental state was also an issue at his trial.

“Dassey’s borderline to below average intellectual ability likely made him more susceptible to coercive pressures than a peer of higher intellect,” said the judge.

Kachinsky provoked outrage when he allowed Dassey, then a teenager, to be interviewed by police investigators without a lawyer present. WSAW says that Kachinsky was decertified by the public defender’s office because of that incident.

Kachinsky was not the lawyer who represented Dassey when his case went to trial, though. “Kachinsky’s conduct was inexcusable both tactically and ethically. It is one thing for an attorney to point out to a client how deep of a hole the client is in,” the judge wrote. “But to assist the prosecution in digging that hole deeper is an affront to the principles of justice that underlie a defense attorney’s vital role in the adversarial system.”

That interview was not mentioned at Dassey’s trial, though, although an earlier interview that occurred before Kachinsky was on the case was used at trial.

WSAW said, “Officials say the decertification stems from an incident in May, where Dassey admitted to helping his uncle in the killing, when he wasn’t present at the interview. Kachinsky claims he was available by phone, as he was serving the last weekend of his Army Reserve duties, and a representative from his office was there.”

The judge said in the court decision that Dassey attended regular education classes but “received special education support services” and his IQ was assessed at 74. He had had no prior contact with law enforcement.

The judge said that it was possible the interrogators believed Dassey was a witness in the beginning of one interrogation, not a suspect. Fassbender assured Dassey, “from what I’m seeing… I’m thinking you’re all right. OK, you don’t have to worry about things.” But the judge said that statement is “crucial in the voluntariness analysis” because less than two minutes later, Wiegert assured Dassey, “We pretty much know everything. That’s why we’re talking to you again today.”

The judge found it noteworthy that, “after admitting to committing exceptionally serious crimes, Dassey twice expressed his expectation that he would be allowed to return to school that day.”

The judge found that the investigators’ “collective statements throughout the interrogation clearly led Dassey to believe that he would not be punished for telling them the incriminating details they professed to already know.”

The magistrate judge found that the appeals court erred by assessing the voluntariness of Dassey’s confession by focusing on facts in isolation and not assessing it under the totality of circumstances.

The judge found that “no single statement by the investigators, if viewed in isolation, rendered Dassey’s statement involuntary. But when assessed collectively and cumulatively, as voluntariness must be assessed, it is clear how the investigators’ actions amounted to deceptive interrogation tactics that overbore Dassey’s free will.”

3. Unlike Avery, There Was No DNA or Blood Evidence Tying Dassey to Halbach’s Murder

Prosecutors convicted Avery on the basis of a complex web of evidence, including blood smears that state experts said belonged to Avery in Halbach’s car (Avery’s defense alleged that law enforcement officers may have planted the blood evidence in the car using blood that was stored at the courthouse from his previously wrongful conviction case; officers denied the planting theories).

According to The Milwaukee Journal Sentinel: “Unlike Avery, whose conviction was based largely on DNA evidence — no physical evidence linked Dassey to the slaying of Halbach.”

However, in contrast, the case against Dassey did not have such blood evidence and rested largely upon Dassey’s videotaped statements to investigators.

Investigators did find spots of bleach on Dassey’s pants and alleged that Dassey helped Avery clean up his garage the night of the murder using bleach.

Bone and teeth fragments consistent with Halbach and charred camera and clothing bits were found in the burn pit and barrel behind Avery’s home, and a state expert said Halbach was shot twice in the head. Although he was interviewed shortly after the murder, as were other relatives present on the property that day, Dassey did not become a focus of investigators’ attention until his cousin, Kayla Avery, confided in a school counselor and then allegedly told police Dassey told her he saw body parts in a fire his uncle had that night. But on the witness stand in Dassey’s trial, Kayla denied this was true.

In one interrogation of Dassey, the judge said, the investigators repeated that they “already knew what happened at least 24 additional times.”

“The record indicates that these false assertions had a powerful effect upon Dassey,” said the court decision. The judge also noted that Wiegert and Fassbender frequently reassured Dassey that he did not have anything to worry about.

The court also criticized Wiegert’s statement to Dassey that “honesty is the only thing that will set you free.” Although the judge said that was an idiom, he also said that “testing revealed that idiots were an aspect of abstract language that Dassey had difficulty understanding.”

“Dassey’s conduct during the interrogation and his reaction to being told he was under arrest clearly indicate that he really did believe that, if he told the investigators what they professed to already know, he would not be arrested for what he said.”

4. ‘Making a Murderer’ Featured a Bizarre Scene in Which a Private Investigator for Dassey’s Lawyer Appears to be Interrogating Him

The meeting Dassey had with Michael O’Kelly, a private investigator working for Dassey’s lawyer, Kachinsky, was criticized after video of it was featured in Making a Murderer. Watch it above.

The meeting occurred shortly before Kachinsky allowed Dassey to meet with the police interrogators without Kachinsky being present.

The judge noted that O’Kelly had described “Dassey to Kachinsky as ‘a kid without a conscience’ or something similar” but Kachinsky hired him anyway.

“Despite Dassey’s claims of innocence, both O’Kelly and Kachinsky proceeded on the assumption that Dassey would cooperate with the prosecution and become the key witness against Avery,” said the judge, adding that “O’Kelly’s primary goal was to uncover information that would bolster the prosecution’s case.”

The judge also noted that shortly before meeting with Dassey, O’Kelly “expressed contempt for the Avery family” in an email to Kachinsky, referring to the Avery family as “criminals” and asserting that “family members engaged in incestuous sexual conduct and had a history of stalking women.” In the email, O’Kelly wrote, according to the court decision, “This is truly where the devil resides in comfort. I can find no good in any member. These people are pure evil.”

The judge noted that versions of events that Dassey gave in the interrogation after the O’Kelly meeting were “different in certain significant respects” from an earlier version he gave investigators. The statement Dassey gave also “contained numerous internal contradictions,” wrote the judge.

The “uncounseled interrogation led to” a recorded phone call that Dassey made to his mother “which was used to his detriment at trial,” said the judge.

Avery became a celebrity in Wisconsin when he was released from prison after being wrongfully convicted of sexually assaulting a local candy store owner, Penny Ann Beerntsen, in 1985.

Avery spent 18 years in prison for the rape he didn’t commit despite having multiple alibi witnesses; he moved into an icy shanty and then onto his family’s junkyard property after being released as lawmakers organized efforts to make wrongful convictions less likely.

DNA evidence later tied another man, Gregory Allen, who is in prison for another offense, to the sexual assault after the Wisconsin Innocence Project championed Avery’s case. Allen has not been charged in the earlier rape, however.

Halbach disappeared as depositions were still being conducted in a major civil lawsuit that Avery had filed against Manitowoc County and officials involved in his wrongful conviction. Her car – with blood stains inside that authorities said belonged to the victim and Steven Avery – was found a few days later on the Avery junkyard property and bones and teeth fragments consistent with Halbach were found in a burn pit and barrel behind Avery’s trailer, court records showed.

Dassey lived on the junkyard property with his mother and siblings.

The Making a Murderer documentary on Netflix focuses on the fact that the same agencies – the Manitowoc County Sheriff’s Department and D.A.’s office – were involved in the searches in the Halbach case (although investigators for the state Department of Justice and a neighboring county were called in to take lead on the case – those investigators are Wiegert and Fassbender.)