Two brothers who are repeat offenders are accused in the murder of Dwyane Wade’s cousin, Nykea Aldridge.

Chicago police said they have charged Derren Sorrells and his brother Darwin Sorrells, Jr. in the Friday afternoon slaying of Aldridge, 32, a mother of four who was shot and killed while pushing a baby stroller.

The slaying has become a touchstone for political controversy and broader discussion of gun violence in Chicago. Republican presidential nominee Donald Trump drew criticism when he tweeted about Nykea’s death by saying that African-American voters would choose him for president.

Dwyane Wade has also spoken out about Nykea’s death and the need to reach Chicago’s youth.

1. Derren Sorrells Was Wearing an Ankle Bracelet at the Time of the Slaying

Chicago police told Fox News that Derren Sorrells was wearing an ankle bracelet, but it wasn’t active because he was on a daily break at the time of the shooting – he was supposed to be using the time to find employment.

At a Sunday news conference, Chicago police Superintendent Eddie Johnson expressed great frustration over the fact the men were still on the streets despite their prior records.

“When will enough be enough?” Johnson said, according to The Chicago Tribune. “How often do we have to stand at a podium like this, demanding from our judicial and policy partners some type of resolution?” 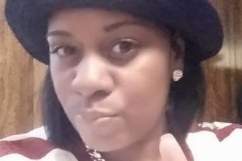 CNN said Derren Sorrells is a member of the Gangster Disciples street gang.

Darwin was a “career gun offender” and Derren had six previous felony arrests, police said, according to Fox News.

Derren Sorells 22 year old male who is a documented member of the Gangster Disciples. Mr. Sorells is on parole

Both brothers were convicted felons out on parole, said The Chicago Tribune. Read the details of the brothers’ criminal histories here: 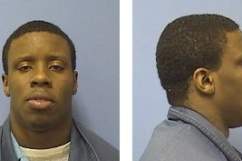 3. Darwin Sorrells Was on Parole For a Gun Charge & the Shooting’s ‘Target’ Said Falsely That he Was an Uber Driver, Police Say

The Chicago police spokesman said on Twitter that Darwin Sorrells was imprisoned on a gun charge and was sentenced to six years but was released early in 2013. On Facebook, Chicago police said both brothers have now been charged with murder and attempted murder in Nykea’s slaying.

His brother, 26 yo Darwin Sorells is co-conspirator and also on parole for a gun charge. Sentenced to 6 yrs in Jan 2013 & let out early

The CPD spokesman said the target claimed to be an Uber driver, but police determined that was not true and he was working “independently.” According to UK Daily Mail, police said the driver walked the women he was transporting into their house, “but when he reemerged he found the brothers waiting by his car armed with pistols, detectives say.” Daily Mail says police believe the brothers “believed the taxi driver was armed, knew he was from a different area and objected to him being on their turf.”

Target of shooting that killed Nakiya Aldridge told CPD he was an UBER driver. Investigation revealed he was not & was working independently

Police are investigating whether the shooting stemmed from a robbery attempt, said CBS.

Police said that the driver “made eye contact” with one of the brothers, sparking the shooting, according to The Chicago Tribune, which added that the shooting was not captured on surveillance video.

4. The Wade Family Has Said the Slaying Fortifies Their Desire to Help Improve the Community

Pastor Jolinda Wade with her son, Dwyane, and another family member. (Facebook/Jolinda Wade)

In addition to Dwyane Wade’s comments on Twitter, other members of the Wade family have also spoken out in the wake of Nykea’s murder.

These young kids are screaming for help!!! #EnoughIsEnough

Wade’s mother, Joline, a pastor, is conducting a prayer service for her niece on Sunday and had just appeared on a panel with her NBA star son about gun violence in Chicago. She told the news media that the family would not stop trying to uplift the community. 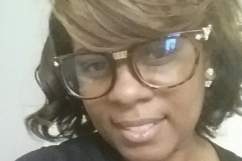 5. Nykea Was Studying Childcare & Development & Had Just Registered Her Children For School

Nykea was a mother of four, and Chicago police said she had just left an elementary school after registering her children for school when she was shot.

Police said Nykea was not the intended target and was caught in the crossfire. She was shot in the head and arm and died at an area hospital. The infant in the stroller was not injured, and relatives came to the scene to take the child.