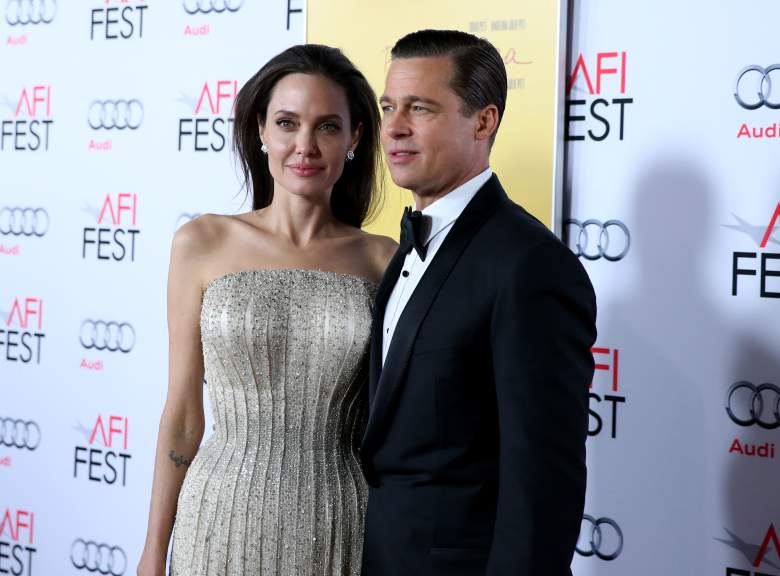 Angelina Jolie has filed for divorce from Brad Pitt. (Getty)

TMZ is reporting that Angelina Jolie has filed for divorce from Brad Pitt.

Jolie is asking the judge for physical custody of the couple’s six children. TMZ reports that the divorce was in part due to the way Pitt took care of the kids, with a source saying that Jolie was unhappy with Pitt’s use of weed and alcohol. Jolie allegedly felt that this, in addition to Pitt having an anger problem, created a dangerous environment for the kids.

Here’s everything you need to know about Angelina Jolie and Brad Pitt’s six children. 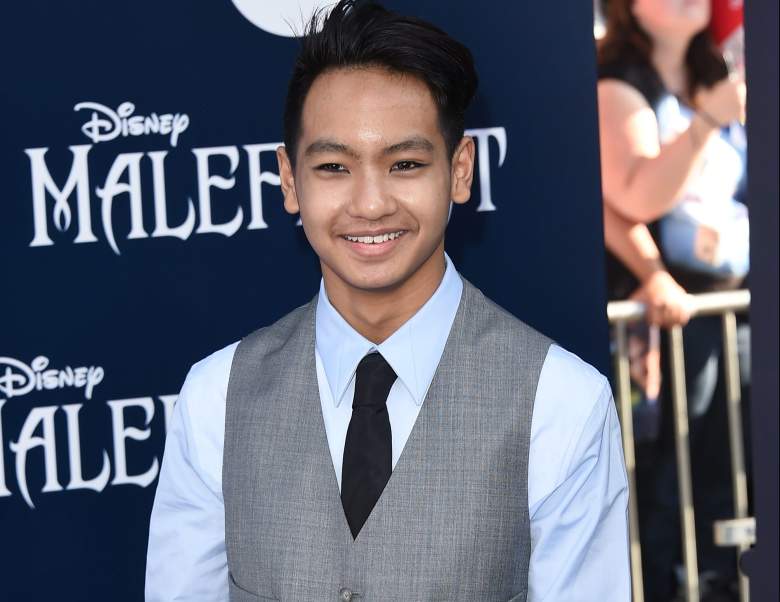 Jolie’s oldest child is Maddox Chivan, who she adopted from an orphanage in Cambodia in 2002. She and her husband at the time, Billy Bob Thorton, adopted Maddox when he was seven months old.

The process of adopting him was actually a bit difficult, as just a month after Angelina Jolie and Billy Bob Thorton applied to adopt him, the United States government banned adoptions from Cambodia due to child trafficking concerns. Jolie finally adopted Maddox on her own, and she and Thorton divorced three months later.

Maddox Chivan is now 15 years old. Jolie recently said in an interview that her son is interested in the filmmaking process, working as a production assistant on her 2015 movie By the Sea. He will also be involved in Jolie’s upcoming Netflix project, an adaptation of First They Killed My Father: A Daughter of Cambodia Remembers.

“Maddox will be on set every day after school and involved behind the scenes,” Jolie said of this upcoming film. “As Maddox and I prepare the film we will be side by side learning about his country.” 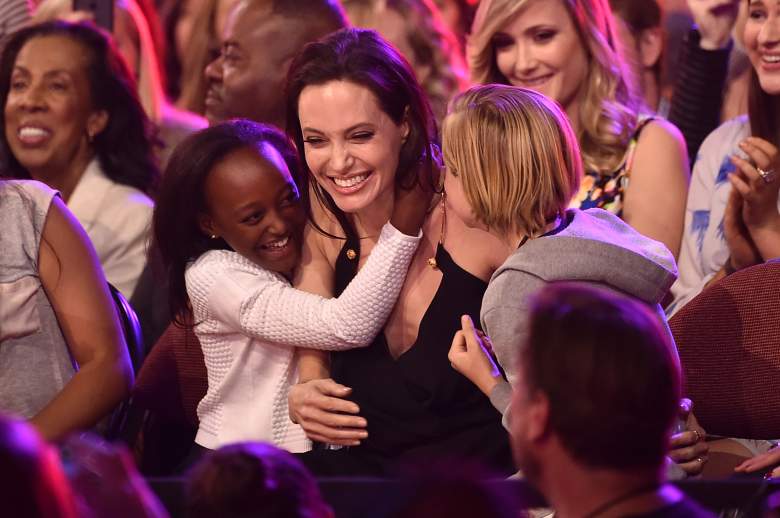 A few years after adopting Maddox Chivan from Cambodia, Jolie decided to adopt her second child, Zahara Marley, a six-month-old orphan from Ethiopia. Brad Pitt was involved in this process, and Jolie later said that she and Pitt made the decision to adopt Marley together.

Marley’s biological mother, Mentwabe Dawit, later told The Associated Press that her daughter was conceived during rape and that she soon became unable to feed her.

“I feared the consequences of being raped in a community where rape is considered a taboo, even if what happened happened forcibly,” she said.

Dawit also said that she is very fortunate that Marley ended up being adopted by Angelina Jolie.

Zahara had a small voice role in Kung Fu Panda 3, a film in which her mother plays one of the lead characters, Tigress. Zahara also had an unaccredited role in Jolie’s Disney movie Maleficent. 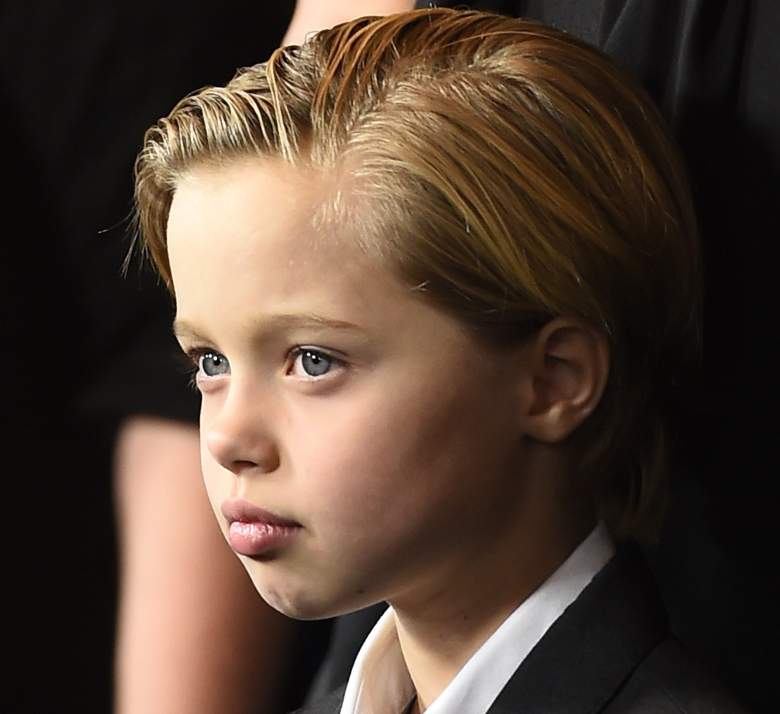 Shiloh Jolie-Pitt at the premiere of Unbroken. (Getty)

Jolie gave birth to her third child, Shiloh Nouvel, in 2006.

In order to avoid press, Pitt and Jolie traveled to Namibia, with the birth taking place in Swakopmund in May 2006. The first images of Nouvel were sold to People and Hello!, earning Jolie over $7 million. She donated all of the money to UNICEF.

In a 2010 interview with Vanity Fair, Jolie described Shiloh as “hysterically funny” and “one of the goofiest, most playful people you’ll ever meet.”

Earlier this year, OK Magazine reported that Shiloh wishes to be identified as male, a decision which has been embraced by Jolie and Pitt. The couple has not commented on this rumor very much, though Jolie did once say in an interview that Shiloh “wants to be a boy.”

“Shiloh’s so funny about her wardrobe and she couldn’t be more different from her sisters,” a source told OK Magazine. “She only wears boys’ clothes and is always stealing T-shirts from Pax’s wardrobe.” 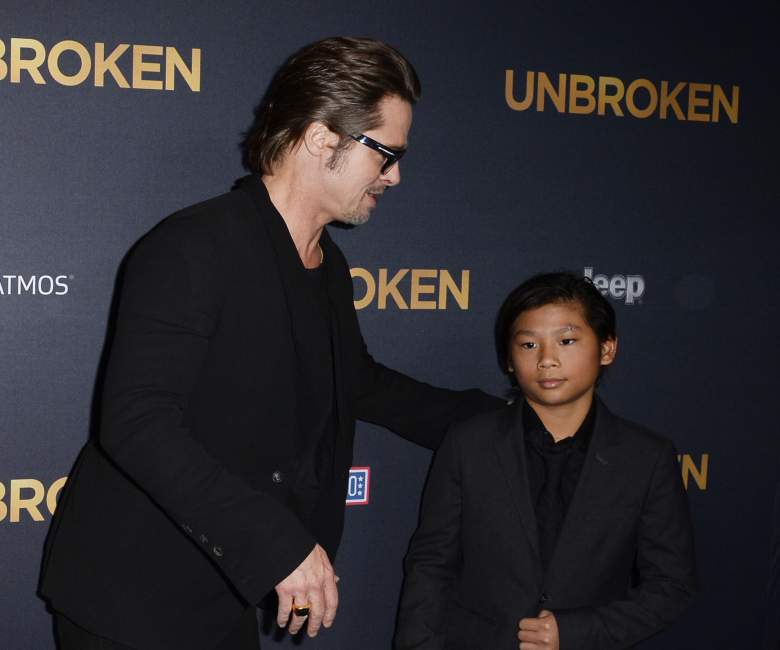 Brad Pitt and Pax Jolie-Pitt at the premiere of Unbroken. (Getty)

In March 2007, Jolie and Pitt adopted Pax Thien, an orphan from Vietnam.

Jolie originally adopted Thien on her own, as she and Pitt were not yet married and Vietnam does not allow non-married couples to adopt children. When they brought Thien back into the United States, Pitt applied to adopt Thien.

The name Pax was reportedly suggested by Jolie’s mother, Marcheline Bertrand, who died of cancer in 2007. Jolie describes Pax as a daredevil.

According to TIME, Pax started to cry when he first met Jolie, but he was quickly able to adjust.

“[Jolie] told me she understands — that it’s normal for all young children to be scared,” the orphanage’s director Nguyen Van Trung told TIME. “Later he was OK, very cheerful and happy. He even played with his new brother Maddox.”

A year after adopting Pax, and a few months after Brad Pitt officially adopted him, Angelina Jolie gave birth to twins: a boy, Knox Leon, and a girl, Vivienne Marcheline.

Jolie gave birth to these children in France, and there was a massive media frenzy at the time, with photojournalists desperately trying to capture the first pictures of the children. Pictures of them were again sold to People and Hello!, this time for $14 million, with the money going to the Jolie-Pitt Foundation.

Jolie decided to make Vivienne’s middle name Marcheline as a tribute to her mother, who died the year before. Meanwhile, Leon was the name of Jolie’s great-great grandfather, according to Us Magazine.

Vivienne had a small role in Jolie’s movie Maleficent. In the scene, a young girl scenes Maleficent and is not scared of her, and so it was important to use a child who had an actual connection with the actor. Jolie said in an interview that she, Pitt and Vivienne’s five siblings were on all set that day trying to encourage her and get her to do the scene.

“She’s always that kid,” Jolie said. “She’s that little girl. We call her my shadow at home.” 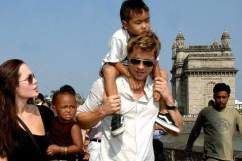 Loading more stories
wpDiscuz
0
0
Would love your thoughts, please comment.x
()
x
| Reply
Angelina Jolie and Brad Pitt are reportedly getting a divorce. Here's everything you need to know about their six kids: Maddox, Zahara, Shiloh, Pax, Knox and Vivienne.