At least five people are reported to have been killed at the Cascade Mall in Burlington, Washington. The gunfire broke out at around 7 p.m. local time on September 23. The town is a little under 70 miles north of Seattle and is located in Skagit County. The mall is located at 201 Cascade Mall Drive, close to I-5 and state route 20.

The suspect has been described as a hispanic male with light skin, 20 to 25 years old, 5’8″ to 5’9″, skinny with black messy hair and a black shirt.

1. Initial Reports Say That Five People Have Been Killed

My Northwest reports that there could be as many as five people shot at the mall. Later KOMO reported, citing state patrol sources, that five people had been killed at the mall.

NEW: A witness to the shooting describes the terror of what he heard while in the #CascadeMall . pic.twitter.com/T1FioNmsCN

KOMO reports that one other person, a male, was rushed to Harborview Medical Center in critical condition. Another man was also injured.

2. The Suspect Is Reportedly Still-at-Large & Has Made Contact With Police

The Washington State Patrol are searching for the suspect, described as a Hispanic male in gray clothing. He was last spotted leaving the area around the mall and heading towards Interstate 5. KIRO’s Gary Horcher reports that someone identifying himself as the shooter has contacted police.

Sgt. Mark Francis of the Washington State Patrol tweeted that authorities believe there is only one shooter.

3. A Massive Police Presence Is on Scene at the Mall

A massive police presence has evacuated the mall while officers continue to search for the suspect. A witness, Brandi Montreuil, tweeted her experience during the evacuation saying, “When the movie stopped everyone laughed making jokes that the movie was buffering. Then a theater attendant came in to evacuate us. Nobody knew where to go. The theater attendant’s voice was shaken. Once outside we didn’t know the severity of the situation.”

EMS starting to enter to attend to injured inside Mall w/ police escort and after initial clearance. pic.twitter.com/Nkfb7co6sa

Those inside the mall will be transported to His Place church at Pease Road and Burlington Boulevard. While others who are barricaded have been asked to call 911 and tell operators their exact location.

4. The Gunfire Began at Macy’s

5. The Public Are Advised to Avoid the Area

#cascademall active shooter i5 is slow but not stopped pic.twitter.com/rLkMOdyGaA

KOMO reports that a Washington State Patrol SWAT team are preventing cars from entering the mall’s carpark. Skagit County Department of Emergency Management sent out a message on Twitter urging people to stay away from the mall.

A local high school football game was suspended due to the attack.

Tragedy has struck in Washington tonight. Our hearts are in Burlington where a shooter has taken the lives of at least four people.

Many questions remain but our state patrol and local law enforcement are on the scene working swiftly to locate the shooter and clear the area.
Trudi and I send our condolences to the families of the victims and prayers for anyone injured. We urge residents to heed all safety and detour warnings.

Stay close to your friends and loved ones as we await more information and, hopefully, news of the suspect’s capture. 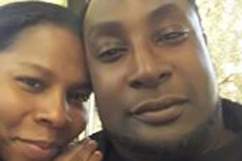 Loading more stories
wpDiscuz
3
0
Would love your thoughts, please comment.x
()
x
| Reply
Reports from the ground say that five people have been killed in a shooting at a mall in Washington state.