After a pedestrian noticed a strange-looking pipe lying on a sidewalk in Fullerton, California, on Monday morning, the Orange County Sheriff’s Department sent bomb squad investigators to check it out. Here’s what you need to know.

1. The Suspicious “Pipe” Was Found by a Pedestrian

A person who was “out for a walk” spotted what looked like a short length of pipe lying on the ground on the 3000 block of Euclid Street and quickly called police, according to KNBC TV News in Los Angeles. The alarming discovery came shortly before 9 a.m. Police described the suspicious find as a “pipe-shaped object with caps at each end.”

The pipe-shaped object was about two feet long and four inches wide.

2. Streets Were Closed Down And Residents Told To Leave Their Homes

Fullerton Police Sergeant John Radus told the Orange County Register newspaper that residents in the area were told to leave their homes until the bomb squad could make sure that the pipe was secured.

“We’re evacuating homes in the area of Euclid and La Senda as a precaution,” the police sergeant said.

Radus later said that the evacuation order would be lifted at 12:45 p.m. and streets reopened by about 1 p.m. Pacific Time.

3. The Bomb Squad Sent In A Robot

After X-Rays of the strange pipe-like object were not able to determine what was inside, according to KNBC TV reporter Vikki Vargas, the Orange County Sheriff’s Department bomb squad deployed a robot to investigate and detonate the object.

“Based on their initial investigation and observations, the bomb squad believed their best course of action was to blow the device up,” the police spokesperson told The Orange County Register.

At about 12:25 Pacific Time, as shown on KNBC video, the OCSD bomb squad was able to blow up the pipe-like object in a controlled detonation. The pipe appeared to roll down the street, which had been cleared of all traffic, but otherwise appeared harmless and produced no further explosion.

Watch the bomb squad robot blow up the suspicious “pipe” in the following video.

This is how bomb squad situation in Fullerton ended ..device rendered safe ..Euclid back open pic.twitter.com/AKMxaqQmvo

According to KABC TV News reporter Julie Sone, the device was “rendered safe.” Police said that the object was found to contain no explosive material. What the object was and what it was doing lying on Euclid Street had not yet been determined.

“We would like to remind the public that if you see something, say something,” Radus said, quoted by KTTV in Los Angeles. “This is a perfect example of someone seeing something that didn’t seem right and contacting police.” 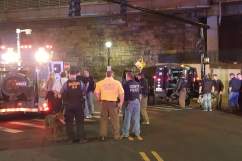 5. The Fullerton Bomb Scare Came Amid Tensions Over The New York Bombing

Downtown Los Angeles, California, saw a similar incident on Monday when L.A. Police closed down several streets as they investigated “unattended luggage” reported there, according to The Los Angeles Times. The luggage was reported to police at 10:29 a.m. Monday, but at 11:43 investigators ruled out any threat posed by the object.

But LAPD spokesperson Norma Eisenman acknowledged that the large police response to the luggage scare was the result of fears raised by a series of bombings on the East Coast over the weekend, the worst of which was Saturday night’s bomb that went off in the Chelsea district of Manhattan, New York City.

An explosive device at a train station in Elizabeth, New Jersey, also exploded on Sunday just as a bomb squad robot was attempting to probe it. 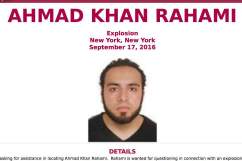