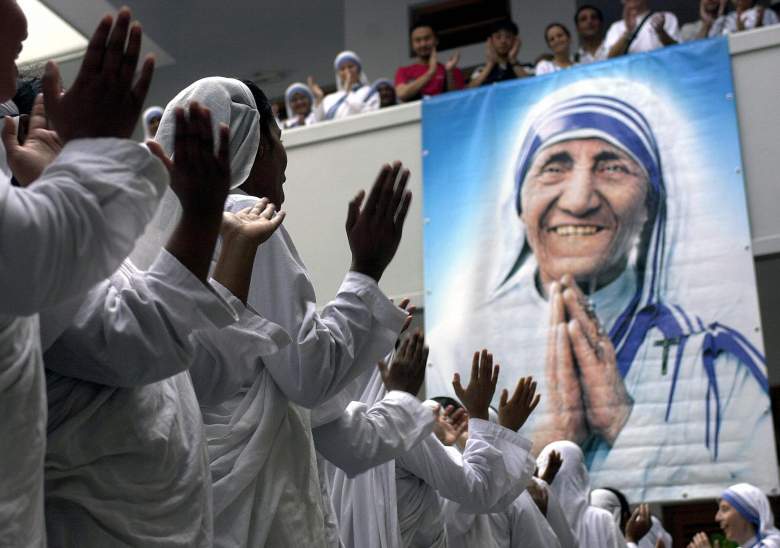 Indian nuns of Missionaries of Charity gesture as they sing rhymes standing beside a big potrait of the late Mother Teresa. (Getty Images)

What time did the ceremony start? According to The Wall Street Journal, The Pope began the Sainthood ceremony at 10:30 a.m. Vatican time, which is 2 p.m. India time and 4:30 a.m. Eastern Time in the United States.

You can also watch live news broadcasts of the canonization ceremony:

The Catholic Herald has published a full schedule of the events surrounding the canonization. You can see it here. You can also find the program here on the Mother Teresa of Calcutta Center website.

Pope Francis has held up Mother Teresa as an example of caring for the poor in a society too often caught up in exploitation of those without wealth. Mother Teresa, born in Albania, is honored for her work with the poor in Calcutta, India, and is also the winner of the Nobel Peace Prize.

According to Nobelpeaceprize.org, the official website of the Nobel Prize, “At the age of twelve, the Catholic Albanian girl Agnes Gonxha Bojaxhiu heard a call. God demanded that she devote her life to Him. She entered a nunnery, received an education, and was sent to Calcutta in India to be a teacher. Her new name was Teresa. In India she received a second call from God: to help the poor while living among them. She founded a new sisterhood, Missionaries of Charity.”

The canonization will take place in St. Peter’s Square; large crowds are expected and were already beginning to gather.

To be named a Catholic Saint, the church declared that Mother Teresa performed two miracles after her death. She is credited with healing a woman’s cancerous tumor and a man’s brain abscesses. You can read about Mother Teresa’s two verified miracles here as well as about the origins of a famous saying attributed to her: 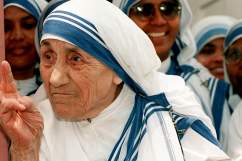 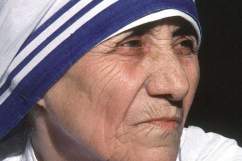 Mother Teresa ‘Do it Anyway’ Poem: Who Wrote it?