The Mexican federal judge who presided over the appeals of drug kingpin Joaquin “El Chapo” Guzman was murdered while jogging outside his home near Mexico City.

The assassination of the judge – Vicente Bermudez Zacarias – was captured on video that has widely circulated on the internet. You can watch the video below. It is graphic because it shows the moment the unidentified killer ran up behind Zacarias on October 17 to shoot him in the head. However, the moment of the actual murder is edited out.

The assassination was brazen; the killer fired in broad daylight as cars drove past the jogging judge.

Zacarias was a Mexican federal judge handling the appeals of El Chapo, the notorious drug kingpin who helms the Sinaloa cartel, which traffics massive quantities of illegal narcotics across the Mexican-American border.

The massive drug shipments previously led the Chicago Crime Commission to label El Chapo “public enemy number one” because of the percentage of that city’s drugs brought there by the Sinaloa cartel.

El Chapo, who has escaped from prison twice, is currently being held in a Mexican prison just south of the border near El Paso. He has launched legal maneuvers to fight his extradition to the United States, where he is facing a slew of criminal charges.

The murder of the judge remains unsolved, and top Mexican officials, including the president, have strongly condemned the murder. Mexico’s attorney general was ordered to lead the murder investigation. Although the most prominent case that Zacarias presided over was that of El Chapo, he also handled the case of another drug lord and a businessman with possible ties to drug trafficking. 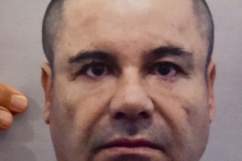 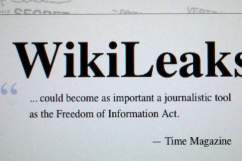